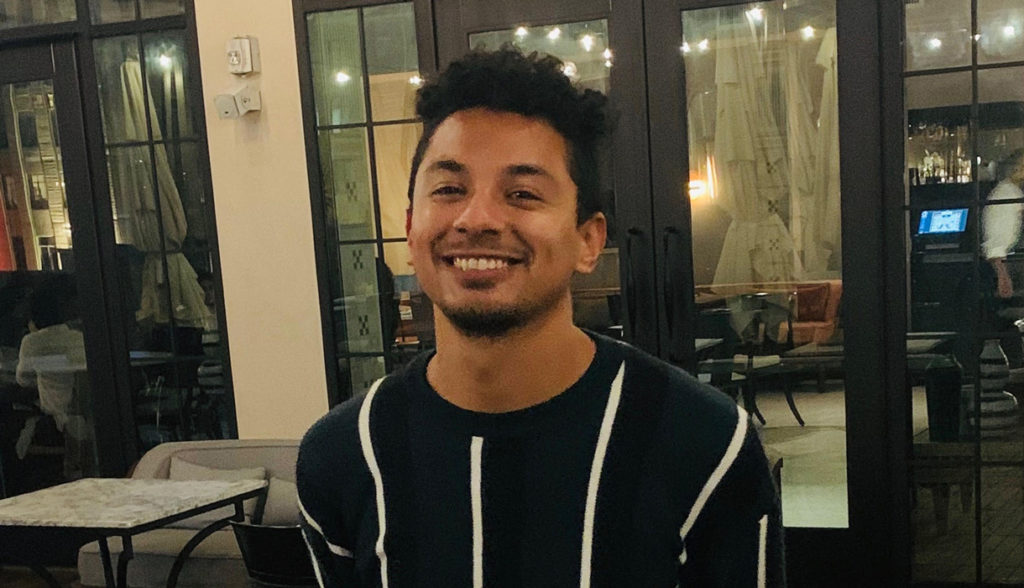 Netflix’s new Selena: The Series features all-inclusive Latinx representation both on and off the screen. For openly gay Season 2 writer Raymond Arturo Perez, being part of the show is the culmination of a journey that started early in his childhood.

“I have always been fascinated by film and television, but particularly film,” he says. “Since my parents were usually working around the clock, I was often by myself with either my toys or the television. Like many other writers in the industry, I feel like television was a third parent for me.” 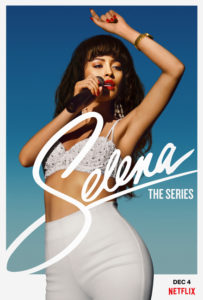 Watching more mature, diverse TV shows as a teenager made Perez’s passion for the art really blossom. Those shows sparked deep family conversations on topics such as homophobia and racism to occur naturally, Perez recalls. It was then that he realized the influence that TV and film can have in households across the world.

But Perez never imagined that his love for TV and film would take him down the path of recounting the life of Selena Quintanilla-Pérez.

Perez, a University of Texas graduate, didn’t set out to get involved in the new Netflix series. As he says, it all was due to the power of networking.

“It is so important,” he says. “I would often go once a week to a networking event. One particular week, a colleague (through another colleague) invited me to this open house event. It was two LGBTQ organizations—Black Gay Brunch, and The Clubhouse. I walked in and was so pleasantly surprised that this many queer professionals were out and working. They didn’t just exist, they were in community and aware of each other and supporting each other.”

It was there he met Moisés Zamora, the showrunner of Selena.

“At the time, I don’t think the Netflix deal had happened yet, and he was a working writer on another show,” Perez says. “He became a mentor to me, and was tracking me. A few months later, he reached out to me and asked if I had any interest in joining The Clubhouse. Fast-forward to Zamora making the deal with Netflix and Season 1 about to wrap up. I was about to finish my second year of graduate school, and he reached out to ask me if I had any interest in being a part of Season 2. I said Of course!”

The experience of helping to shape this new adaptation of Selena’s story has been immensely satisfying for Perez, particularly because of the representation in the writer’s room.

“It was really refreshing to know that the room was completely Latinx,” he says. “Having a whole Latinx room meant that there were a whole myriad of voices, experiences, and cultural backgrounds. When I was in the classroom or in a workshop, I was oftentimes the one Latinx person or the one person of color or the one minority in the room. It’s kind of awesome, in some regard, to not have to worry about identity and just focus on the show and the relationships these characters have. We got really deep into that, and it was really fulfilling.”

Perez is excited for fans to see what they have in store for the series’ second season, which will continue Selena’s story and cover more of her classic discography.

“I think the hits that people are most familiar with get their moment to shine in the next season,” he says. “So exploring how some of those songs came to life, and the story behind them, is going to be really fun. The luxury of television is being able to sit with characters for a much longer period of time and see how they are formed by the relationships that they have. I think that will be a pretty awesome and compelling treat for viewers.”

Perez notes that Selena has been such a great model for the LGBTQ community, and that he feels honored to be a part of telling her story for a new generation.

“She was a trailblazer, but there was no path set for her to truly follow,” he says. “It’s the boldness, it’s the courageousness that she carried. I think there’s something about it that’s very radical. I oftentimes feel that as a queer brown kid, our lives are radical. I feel very empowered seeing Selena [getting] her footing. She was very much sure of herself. That’s a goal of mine: to have as much confidence [as she had] in going after what I want, and to be able to speak on my own behalf and keep my head up.”