Local artist Stephano, 27, who majored in management-information systems at the University of Houston-Clear Lake, had two very big but very different dreams as a kid: to become a zoologist and a computer engineer. These days, however, the Nassau Bay native works at her family’s wholesale seafood business while pursuing her newfound passion for food and fashion.

The circumstances that led to Stephano’s current profession were fraught with hardship. When one of her parents passed away and her family business was left without back-end management, she stepped in to support her younger siblings. She recalls that it was soon after she graduated college, and it seemed like the right thing to do.

“On paper, my title is vice president, but I’m basically a glorified accountant,” she says. “I run the back end of the business, which is mostly processing paperwork and tracking inventory. It’s time-consuming and not very exciting, but I’m able to support my family and myself as I invest more in future goals.”

Stephano says she hasn’t decided what her next move is, but she has some interesting options to choose from.

Outside of the family business, she runs two seemingly different blogs that strangely and wonderfully complement one another. Eating with Stephano, for food, and Buttcape, for alternative fashion, showcase Stephano’s skills in photography, website management, research, writing, and editing.

“For my food blog, I’m aiming to create guides for different aspects of the Houston restaurant scene,” she says. “Houston has the best food in the country, and I want to help make it accessible for everyone.” In fact, Stephano wants to share her expertise with the LGBTQ community, now that she is announcing that she’s a part of it. .

Stephano only recently came out to her immediate family. “This is actually the first time I’m talking about my identity publicly,” she tells OutSmart. “I guess this is how I’m coming out to the world.”

Stephano said that as a teen, before she even understood her own identity, she was a strong LGBTQ ally. She now identifies as queer, explaining, “I’m not sure exactly what my identity is, but I am definitely not straight.”

In 2019, Stephano gave back to the queer community by creating a list of LGBTQ-owned restaurants on her food blog. “I wanted to highlight establishments that aren’t alcohol-based, since many features on Houston’s gay bars already exist. While bars are extremely important to the LGBTQ community, I don’t really drink, so they’re not a large part of my experience. But food is.”

Like her love of food, which evolved over time, her passion for fashion began in elementary school. “Art class was my favorite class,” she recalls. “Like many kids, I got hooked on Japanese anime and manga. I was enamored with the style, so learning to draw was my thing through middle and high school. Eventually I grew frustrated at my lack of ability, and gave up. Near the end of high school, I discovered Japanese street fashion and realized I could just look like what I was trying to draw. That changed everything.”

Stephano’s desire to help the Japanese street-fashion community grow inspired her to combine her two loves through the blogs and the website. “I learned photography to document my outfits, which quickly turned into documenting other people’s outfits, too. Through fashion photography, I started learning more about food photography.” 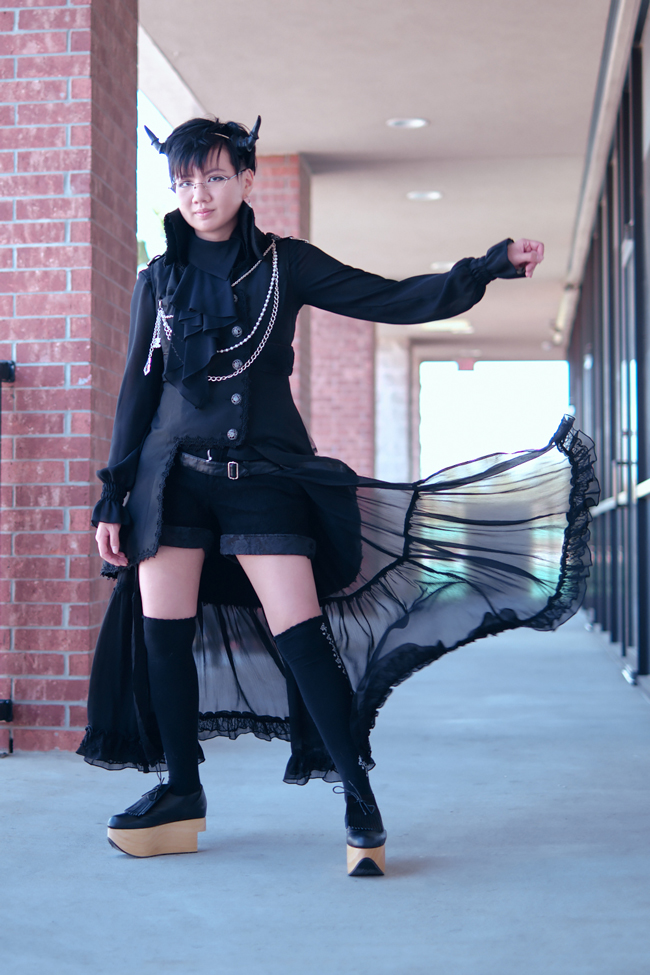 When it comes to fashion, Stephano draws inspiration from various Japanese subcultures, including anime, kawaii (Japan’s “culture of cuteness”), and visual kei music (a movement among Japanese musicians who wear different degrees of makeup, dramatic hairstyles, and flashy clothes).

Her food blog, on the other hand, is all about H-Town. “Houston has a huge foodie community, thanks to Houston’s amazing restaurant scene. Seeing everyone’s posts inspires me to go out and try new things, which keeps the wheel in my brain turning. I’m constantly learning.”

Ultimately, Stephano considers art a fundamental part of our very existence. “Without art, life would be extremely mundane,” she says. “Art lets us experience what the planet has to offer—and even more beyond this planet. Imagination, and the portrayal of it, lets us experience so much more than what we can actually experience physically.”

Creativity may not be a big part of Stephano’s current job, but it is certainly an integral part of her life. “I’ve been creating for over 10 years, and I’ve never really stopped.” In fact, she says, “It’s kind of like breathing at this point.” 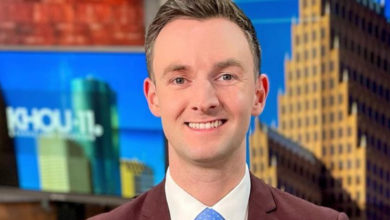