When I first moved to Texas from Boston, Evan Garza was one of the few Houston curators I knew well. He was among the city’s most engaging art people, so I thought it sucked when he decided to move to Boston. Then a new issue of Pinups (a bear-oriented faux-porn art project magazine) came out with a big naked smiling picture of Garza, and suddenly he was everywhere in my world. His Houston friends even planted a Pinups copy briefly in the window of the MFAH bookstore, so his presence was still very much felt here. His trajectory took him to New American Painting, the Boston-based painting review journal, the School of the Museum of Fine Arts, Boston, various curatorial projects, and to Austin as a curator at the Blanton Museum before coming back to Houston for the public-art program at Rice University. He also found time to found the first queer-artist residency on Fire Island, and it has now been announced he is co-curating the Texas Biennial in 2020 with Ryan Dennis.

We caught up with Garza to learn more about his robust history and visionary future plans.

Bill Arning: What was your path to curatorial?

Evan Garza: The goal was always to work directly with artists. It took years working as the director at a commercial gallery to realize that I didn’t want to sell paintings. What I was most interested in was working with living artists to build something. I was most excited by the studio and the artistic process rather than exhibition-making, but I wouldn’t really come to terms with that in my practice for another four or five years. 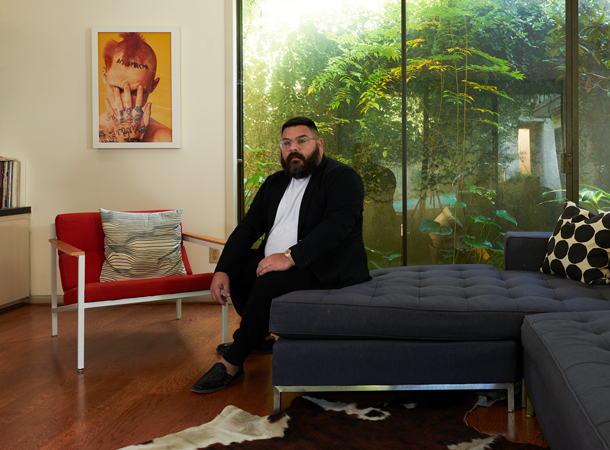 What is your top memory or greatest pride, professionally?

At the Museum School, it was meeting curator Veronica Roberts by accident while she was researching the fist Sol LeWitt wall drawing in Boston, at SMFA. Then organizing an exhibition around the drawing, which was redrafted by SMFA students for the first time in 40 years. The wall drawing was made of fifty random points all connected by straight lines, so I included a tattoo performance by Katrina Chamberlin where fifty participants received tattoos of a single dot. Ryan Hawk, who is now in the CORE
Program at Glassell, still has his dot on the back of his neck.

With Rice Public Art, I’m very proud to have acquired the first permanent public artwork by a woman on the Rice campus in its more than 100-year history—a bronze sculpture by Ursula von Rydingsvard—and also working with Nina Katchadourian on an outdoor sound piece among those beautiful oaks.

Can you speak about the impetus to found the Fire Island Artist Residency (FIAR), which is the first LGBTQ artist residency? Are you still involved?

Chris Bogia invited me out to Fire Island for the first time in 2010, and from the moment I stepped off the ferry I could sense there was an important history there that I immediately felt connected to. It felt visceral and magical, and I say magic in the truest sense. The ashes of gay and trans people who died of AIDS, and other island inhabitants who’ve left us since, are mixed among the grains of dune sand in the Meat Rack, the half-mile-wide magic sex forest that connects the two communities. That energy is powerful, and you feel it in the air when you walk around the island. I fell in love immediately.

Chris and I talked that summer about how amazing it would be to bring artists to the island and give them space to make work. FIAR started in 2011 as a two-week program because that was the only kind of house rental we could afford. Within a year, we expanded the program to four weeks and two houses, and created an annual visiting-artist series of talks open to the public. Co-founding FIAR and supporting its artists has been one of the most rewarding personal and professional experiences I’ve ever had.

Houston is clearly in your art blood. How has the scene changed in the last 15 years?

Houston seems more itself than ever before, I think. She knows who she is; she doesn’t have to pretend
to be anything she’s not. She’s getting her hands dirty eating Viet-Cajun crawfish at 3 a.m. in a strip mall on Bellaire Blvd. after a night at the club, and the conversation at the table is going back and forth between Megan Thee Stallion and the redesigned Surrealism galleries at the Menil. Houston is the country’s largest melting pot, in both representation and square miles. Artists from anywhere can find affordable studios and build enormous international careers on the cheap here. Houston gallery-goers have a voracious art appetite. Houston will always be in my blood. Those little revelations I had as a kid walking through the Menil are the reason I became a curator. Those powerful moments are still happening in various forms all over Houston, in and out of museums, and usually not far from some amazing bánh mì. 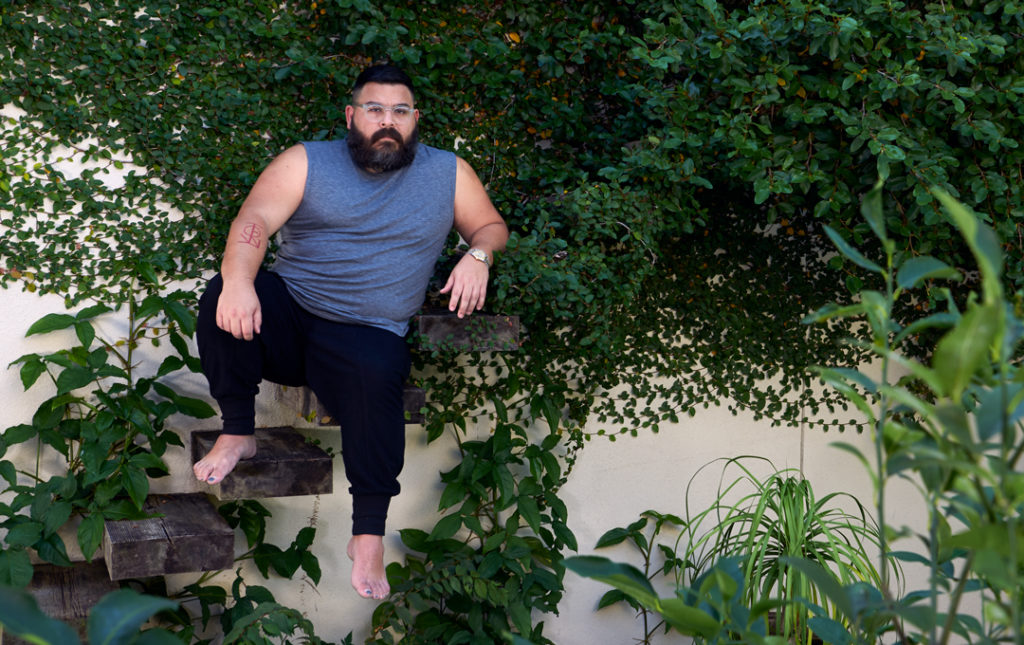 You and the wonderful Ryan Dennis are co-curating the 2020 Texas Biennial. Can you talk about where your curatorial visions overlap and might diverge?

Ryan was the first curator I befriended when I moved back to Houston. We met jurying Artadia together in 2017, and immediately hit it off. Unbeknownst to one another, we threw out each other’s name when Big Medium interviewed each of us for the curatorial team of the Texas Biennial. So I was beyond thrilled when they came back and offered the project to the two of us. Ryan and I both feel strongly about supporting the work of women, artists of color, and artists from underrepresented communities. For each of us, that really drives the work we do. We’re both interested in what practices and dialogues are taking place at the margins, and finding ways to center that work and that conversation. Ryan and I want to have those conversations.

I can’t give away too many details about the biennial yet, but we’re excited to open it up to artists with Texas roots working anywhere in the world—a first in the history of the biennial. We’re both Houstonians, so we understand what a huge global community Texas is, and how many points of entry there are into the art-making practices here and the communities that that work speaks to. In asking ourselves what it means to be a Texan right now in the current social and political climate, we have to look beyond the borders of the Lone Star State to see what artists from Texas are doing in other corners of the country and the globe. What impact are artists from Texas making here and elsewhere? What impact have events in Texas made elsewhere in the world? These are exciting questions that Ryan and I will have to ask ourselves. There isn’t another curator I’d rather work with to organize a survey of contemporary art in Texas right now. Stay tuned!