As the Supreme Court weighs antigay bakers, the Alley takes The Cake.

In a ripped-from-the-headlines play this month at the Alley Theatre, the author of The Cake dares to find good people on both sides of the issue of whether a Christian baker can be allowed to refuse to make cakes for a same-sex wedding.

The production is so timely that, during its run, the U.S. Supreme Court ruled in the real-life case of a baker in Lakewood, Colorado, who balked at creating a custom cake for a gay couple’s reception. 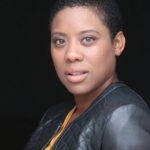 Earlier in 2017, Bekah Brunstetter’s play, The Cake, was presented as a reading in the Alley All New Festival, with the author present to watch her words leap from page to the stage.

“The reading helped me figure out a big piece at the end of the play,” says Brunstetter. “Once you see actors embodying the characters, what’s missing is revealed to you. I am still tinkering with it.”

The Cake enjoyed a world premiere last July at Echo Theater in Los Angeles, where Brunstetter, who isn’t gay, lives with her husband, actor Morrison Keddie. Brunstetter is a writer and supervising producer on NBC-TV’s Emmy Award-nominated series This Is Us.

The Alley’s press material summarizes The Cake as follows: “Jen lives in New York but has always dreamed of getting married in her native North Carolina. With the wedding six months away, she heads down South to ask Della, her late mother’s best friend who owns a bakery there, to do the honors of making her wedding cake. Della’s cakes are the best—she’s going to compete on TV’s The Great American Baking Show, no big deal. Della is overjoyed to make Jen’s cake—until she realizes that there isn’t just one bride, but two. She can’t really bake a cake for such a wedding, can she? Moral quandaries, reality TV, and loads and loads of butter form this play about three women trying to reach out across a divide that just keeps growing.”

In addition to Jen and Della, we meet Della’s stubborn husband, Tim, a plumber, and Jen’s fiancée, a strident African-American who cries, “I’m black and I’m agnostic and I’m a woman and I’m tall and I’m queer. I’m in a world that is not designed for me.”

Brunstetter says it’s important to her that audiences don’t view any of the characters as villains, even though they don’t see eye-to-eye.

“I grew up in a lovely conservative family,” says the native of Winston-Salem, North Carolina. “One of the main things we disagree about is gay marriage, but I am incapable of not loving them.”

In March, when the play was performed at La Jolla Playhouse in San Diego (starring Tony Award-winner Faith Prince as Della), Philip Brandes of the Los Angeles Times wrote, “What’s refreshing and heartening about The Cake is its characters’ willingness to face their differences and limitations head on, and attempt to bridge them—a more promising route than abdicating our personal moral choices ➝ to the legal system. This is us as we could be, if we’d all just try a little harder.”

Theater critic Jean Lowerison, reviewing The Cake for the San Diego Gay and Lesbian News, wrote, “I can identify with the issues here. I grew up in a similar fundamentalist religious tradition, and I too escaped, never to return. It’s difficult for me to even watch this kind of discrimination for what seems to me no good reason. Despite my admitted bias, though, I had a somewhat more forgiving opinion of [Della’s ‘hidebound’ husband] once the source of his own sadness was revealed.”

An off-Broadway run of The Cake was recently announced for February 2019 at the prestigious Manhattan Theatre Club in New York City.

Meanwhile, Brunstetter said in May she was looking forward to seeing how the Supreme Court ruled.

“Like everyone, I’m just waiting to see what the decision is,” she says.

What: The Cake, by Bekah Brunstetter
When: June 1–July 1, with a special Pride-month ActOut performance on June 21
Where: The Alley Theatre, 615 Texas Ave.
Tickets: AlleyTheatre.org or 713.220.5700