Acouple debates whether to abort their son after a prenatal test concludes he will likely be gay, in Jonathan Tolins’ The Twilight of the Golds. The controversial 1993 dramedy comes to Theatre Suburbia in northwest Houston April 13–May 12, for what director Amanda Garcia Faul believes to be its local premiere.

In the play, David Gold is the pink sheep of an upper-middle-class New York family that confronts the question, “If your parents knew everything about you before you were born, would you be here?” Faul explains.

Naturally, David is appalled that his sister, Suzanne Gold-Stein, would entertain the notion of aborting the fetus because the baby might grow up to be “like him.” 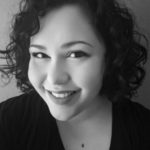 “It’s a blatant Nazi philosophy,” David tells his brother-in-law, Rob Stein, who is a Jewish doctor and genetic researcher.

Also thrown into the debate are David and Suzanne’s helicopter parents, Walter and Phyllis Gold.

“You can’t fart without telling your parents,” Rob tells Suzanne.

Opera buffs may recognize the play’s title as a takeoff on Richard Wagner’s opera Götterdämmerung (Twilight of the Gods). And Faul says Theatre Suburbia’s production will include opera scenes that humorously underscore the Wagner reference.

“I definitely have a plan for those opera scenes,” Faul says. “They are so integral to the show and to David’s telling of The Ring Cycle as it relates to the Gold family. So I had to come up with a way to get the same grandness of Broadway theater lighting, but on a much smaller scale.

“Theatre Suburbia is a more intimate setting, so I don’t want to bombard audiences with sound and light that could distract from the story, and I didn’t want to just flood the whole stage in colorful light that has no purpose,” she adds. “I don’t want to give away too much, but I have designed the set in such a way that the lighting and sound will be contained but will still be dramatic, purposeful, and impactful.”

The Twilight of the Golds premiered at the famed Pasadena Playhouse in Pasadena, California, on January 17, 1993, at the height of the AIDS crisis. The play included references to David attending a friend’s funeral and his mother, Phyllis, worrying that he’d lost weight. Phyllis even warned Suzanne not to eat anything that David might have touched.

Twilight of the Golds opened on Broadway in October 1993, with Jennifer Grey (Dirty Dancing) and the late David Groh (Rhoda) among its cast. That production survived only 29 performances.

In 1997, Showtime gave the story “a decidedly more optimistic spin” in a TV movie that earned kudos for star Brendan Fraser as David, cameo players Rosie O’Donnell and Jack Klugman, and Faye Dunaway as Phyllis. It was nominated for Outstanding Performance by a Female Actor in a TV Movie or Miniseries at the 1998 Screen Actors Guild Awards.

The 32-year-old Faul, who is married but hasn’t started a family yet, discovered The Twilight of the Golds while “reading a bunch of scripts” as she prepared to direct her first play at Theatre Suburbia (billed as “Northwest Houston’s longest-running all-volunteer playhouse” and currently celebrating its 57th season.

Faul, who grew up in Katy, graduated in 2009 from the University of Houston-Downtown with a bachelor’s degree in philosophy. She minored in theater, studying under professor Tom Lyttle.

At UH-D, Faul appeared in 10 shows, including Macbeth, and she caught “the directing bug” when she got to helm a one-act play, Nicky Silver’s Raised in Captivity, about a bulimic woman and her depressed twin brother, who is gay.

Faul notes that she is “100 percent pro-choice,” and an unborn child’s sexual orientation “wouldn’t be a reason for me” to abort him.

“I hope the play has a really big impact on people who see it,” she says. “I go to a show like this because I want to be engaged. It gives you something to think about it; it moves you. It might not be sunshine and rainbows, but you will leave feeling something.”