Employees should already see updated figures on their paychecks.

The major tax reforms approved by Congress became law on December 22, so it is important to understand how the new rules will affect you—particularly in terms of income-tax withholding and housing-expense deductions.

Over the last few years, married same-sex couples have had some extra “homework” to do in figuring out which tax deductions are available to them. Add to that a plethora of new tax rules, and you can almost feel the headaches coming on.

There is some good news, though: the new tax law won’t apply to your 2017 return due next month. The rules will, however, have an impact on what you are responsible for during 2018 in terms of income tax and/or mortgage interest that you may (or may not) be able to deduct on real-estate loans.

Overall, the new rules are meant to reduce the amount of income tax that is withheld from employees’ paychecks, after taking into account exemptions you claim on your W-4 form. According to supporters of the tax reforms, the lower tax rates will mean that roughly 90 percent of American workers will see their take-home pay increase.

Employers were required to adopt the changes by February 15, so employees should already be seeing the updated figures reflected in their paychecks. However, you may not see an overall reduction in your tax bill until you file your 2018 return next year.

In addition, based on updates to some longstanding tax credits, the final impact of the new law remains to be seen. Although some taxpayers can claim new credits, the personal exemption has gone away. In addition, since the standard deduction has doubled to $24,000 for married couples, it may not make sense for couples to itemize or claim other deductions.

For many years, the home-mortgage tax deduction has been a nice benefit to those who own their own piece of the American dream. But the new law means that some homeowners may not fare as well as they have in the past. Between now and 2025, interest payments on mortgages of up to $750,000 can be deducted (versus the previous cap of $1 million).

It is also important to keep in mind that under the new legislation, you won’t be allowed to deduct more than $10,000 of property taxes or state and local sales tax.

The new tax law could also have an impact on what is or is not deductible in terms of investment expenses and financial-services costs. For example, the bill repeals certain deductions for investment fees and expenses, as well as convenience fees (for using a debit or credit card to pay your taxes) and trustee fees for an IRA, if paid separately.

In addition, the new tax law eliminates deductions for alimony payments that are required by post-2018 divorce agreements.

As of right now (early in 2018), individual taxpayers won’t need to make any changes to their W-4s. However, later this year the IRS intends to introduce a new version of the W-4 form that may require employees to make adjustments in order to ensure that all of the proper information is being included in your withholding calculation.

Most tax laws are complicated, and these new rules are no exception. With that in mind, it is important that you discuss your situation with someone who is knowledgeable in both tax law and financial planning prior to making any changes to your investments this year. 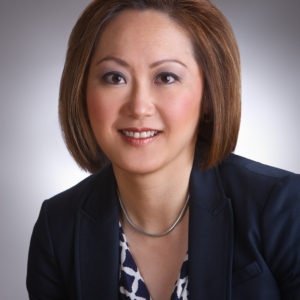