Minnie Riperton, the Ramones, The Who, Billy Idol, The Moody Blues, and more.

Depending on your generational perspective, the late soul goddess Minnie Riperton is either the mother of actress/singer/SNL alum Maya Rudolph or the singer with the five-octave vocal range best known for the timeless 1975 hit single “Lovin’ You,” co-written by Riperton and her husband, Richard Rudolph. You can hear Riperton, who died of cancer in 1979 at 31, paying a “lovin’” homage to her daughter Maya at the end of “Lovin’ You.” The double-disc deluxe edition expanded reissue of Perfect Angel (Capitol/UME), Riperton’s second album (and the one on which “Lovin’ You” can be found), is a long overdue celebration of an artist we lost too soon. Riperton and Rudolph co-wrote seven of the songs on the original album, including the standouts “Reasons,” “The Edge of a Dream,” “It’s So Nice (To See Old Friends),” and “Our Lives.” The presence of Stevie Wonder playing electric piano and harmonica, as well as contributing the title track and “Take a Little Trip,” only served to increase Riperton’s artistic and hip factors. The abundant bonus material includes 11 additional tracks that go a long way in further cementing the album’s legendary status. 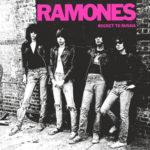 No, you’re not hearing things. That’s the Ramones’ cover of “Little Bit O’ Soul” playing in the Fidelity Investments commercial. Yes, we’ve gotten to that point in our culture—but don’t let that diminish our appreciation of the American punk progenitors, who in 1977 released two (!) phenomenal albums. Rocket to Russia (Sire/Rhino), the second of the two, has been reissued in a 40th-anniversary deluxe limited edition, and contains Ramones classics such as “Sheena Is a Punk Rocker,” “Rockaway Beach,” “Teenage Lobotomy,” “Cretin Hop,” the queer “We’re a Happy Family,” and the band’s distinctive covers of “Do You Wanna Dance?” and “Surfin’ Bird.” The reissue consists of engineer/mixer Ed Stasium’s remastered original and tracking mix on disc one, two dozen bonus cuts on disc two, a previously unreleased 1977 live recording from a concert in Glasgow, Scotland, and the original LP on 180-gram vinyl. 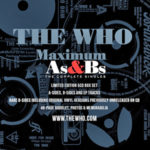 Would the Ramones have existed without The Who? After all, The Who’s teen/counterculture anthem “My Generation” has been cited by some as one of the first punk-rock songs. “My Generation” is one of 86 tracks to be found on the five-disc The Who box set Maximum As & Bs: The Complete Singles (Polydor/UMC). Each of the singles—including “I Can’t Explain,” “Substitute,” “I Can See for Miles,” “Won’t Get Fooled Again,” “Join Together,” “Squeeze Box,” “Who Are You,” “You Better You Bet,” and “Eminence Front”—is immediately followed by the B-side, many of which are not heard very often. The box set also includes a booklet featuring photos, memorabilia, and track-by-track annotation. 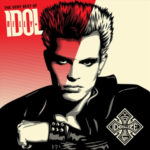 In the late ’60s and early ’70s, The Who’s Roger Daltrey probably got a lot of attention from gay fans due to his stunning physique—smooth, pumped-up pecs and rippling abs. Years later, sneering bleached-blonde Billy Idol, who started out in the punk band Generation X, gained a reputation for putting his shirtless body on display. (And why not? He was in good shape, especially for a punk-rock/new-wave guy.) Idol’s first two albums—his eponymous 1982 debut and 1983’s Rebel Yell (both on Chrysalis/Capitol/UME)—have been reissued on high-quality vinyl, along with the two-LP hits compilation Idolize Yourself: The Very Best of Billy Idol (Capitol/UME). Listeners can expect to find songs such as “White Wedding,” “Hot in the City,” “Eyes without a Face,” “Flesh for Fantasy,” “Dancing with Myself,” “Mony Mony,” and “Cradle of Love,” among others, on Idolize Yourself. 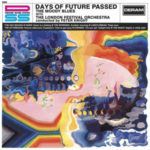 The story of the U.K. psychedelic/progressive-rock band The Moody Blues, which continues to this day, has some fascinating chapters. Early on, The Moody Blues had a hit single with the song “Go Now,” which doesn’t really sound like anything that came after it. In fact, it was the follow-up album, 1967’s Days of Future Past (Deram/UMC), newly reissued in a 50th-anniversary double-CD set, that set the tone for The Moody Blues’ greatest successes. Of course, when it was first issued 50 years ago, it was something of a peculiarity because it was recorded with the London Festival Orchestra conducted by Peter Knight. The album did fairly well on the British charts, as did the single “Nights in White Satin,” but it took another five years for both the album and single to make the impact it did in 1972. The reissue includes the original 1967 stereo mix (available for the first time on CD), along with nine bonus tracks on the first disc. The second CD contains the 1972 stereo mix, four bonus tracks, and six mono single masters. Additionally, a DVD features a 5.1 Surround Sound Mix and a 96kHz/24-bit 1967 stereo mix, along with visual content. 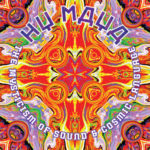 If you didn’t get your fill of psychedelic sounds with The Moody Blues reissue, you owe it to yourself to check out The Mysticism of Sound & Cosmic Language (Smog Veil Records) by “Cleveland’s mythical prog rock improvisors” Hy Maya. Members of the short-lived band include Robert Bensick, Albert Dennis, Scott Krauss, and Allen Ravenstine. The double-CD set includes studio and live recordings dating back to 1972 and 1973. 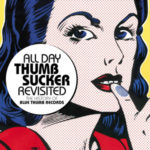 The above-mentioned Smog Veil label has prided itself on its esoteric roster of artists for more than 25 years. Similarly, Blue Thumb Records, in its brief 10 years of existence, introduced listeners to its own impressive lineup of artists, including Sylvester and the Hot Band (featuring the fabulous gay music icon Sylvester in his pre-disco phase), The Pointer Sisters, The Crusaders, Leon Russell, word-jazz innovator Ken Nordine, and many others. Originally released in 1995, the 2017 reissue of All Day Thumbsucker Revisited: The History of Blue Thumb Records (Verve/UME) is as enjoyable for its stunning array of talent (such as T. Rex, Captain Beefheart and his Magic Band, Ike and Tina Turner, and Love) as it is for being a music-history lesson. 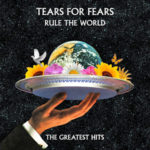 Eighties music legends Tears For Fears is one of those bands that has almost as many hits compilations as it does studio albums. To be fair, TFF’s hits, including “Mad World,” “Change,” “Pale Shelter,” “Shout,” Everybody Wants to Rule the World,” “Head Over Heels,” and “Sowing the Seeds of Love,” just to mention a few, are sensational and deserve to be heard by ears new and old. Rule The World (Mercury/U M e) is a 16-track compilation that includes the aforementioned songs, as well as two brand-new songs.