Each production of Story Hole has a theme, and in light of Tropical Storm Harvey, Story Hole 2 will focus on “Holidays and Hurricanes.”

“Whenever we decide on a theme for Story Hole, we try to think of something that has a universal core to it— something that we can all relate to,” co-creator Ryan Leach says. “What is special about Story Hole is that the theme gets focused through a queer lens, and I think that is what resonates with our audience whether they be LGBTQ or not.”

When Story Hole premiered in June to two sold-out audiences, the theme was “My First Time.” Storytellers explored topics ranging from their first time coming out to their first time in bed. Each storyteller offered a charming and funny point of view, and the event filled a space that has been lacking in Houston’s LGBTQ culture.

“I think many times when we put ourselves out there as LGBTQ people, it is for some political purpose, especially in a state like Texas,” Leach says. “Story Hole creates a space that isn’t about our political lives or goals. Whether you identify as queer or not, we all have things in common, and that’s what the show explores. We all have had a terrible ex, or an embarrassing Thanksgiving. We also have all endured natural disasters like Harvey.”

The original theme for Story Hole 2,  “Holidays,” was expanded in August after Harvey slammed the region.

“Let’s face it, sometimes holidays feel like disasters,” Leach says. “We wanted to expand the theme because I kept hearing people tell their stories about surviving Harvey, or Ike, or Katrina. A light bulb went off above my head, and I was like, ‘Oh, people need to talk about this.’

“I think what the audience will find is that as LGBTQ people, we sometimes have different experiences dealing with the aftermath of events like Harvey,” Leach adds. “Story Hole is about sharing parts of our lives that we never talk about. We are excited that the timing worked out to provide a space for this.”

RecRoom, with its cabaret-like setting and full bar, encourages the use of social media.

“We encourage people to take pics and share the event,” Leach says. “We also encourage them to drink.”

“Both shows sold out last time, and we had to turn people away,” Leach says. “It’s a good problem to have if you are producing the show, but a bad one if you want to see it at the last minute.” 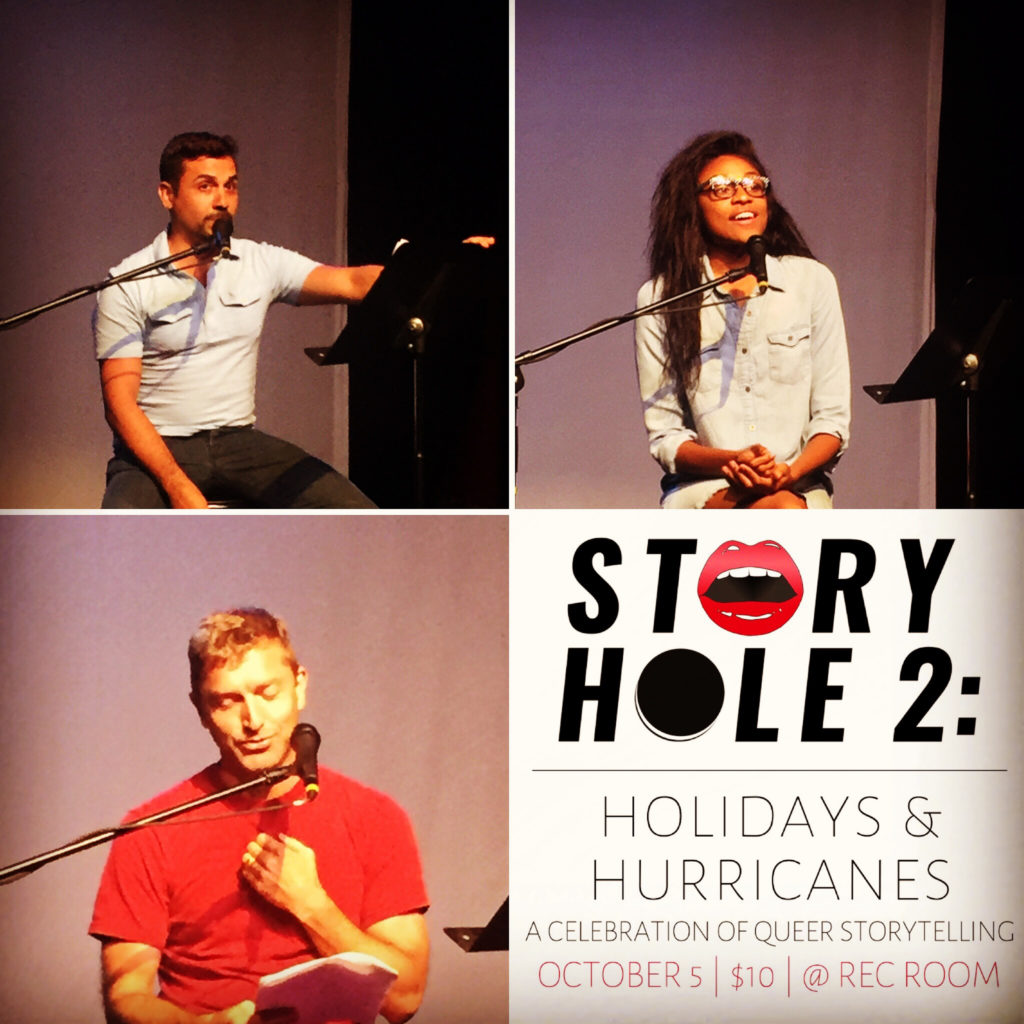