A movie-musical inspired in part by the 2010 suicide of gay 13-year-old Asher Brown will debut this month in Katy.

Bully, written and directed by gay Houstonian Aaron Alon, is about a fictional 14-year-old high school freshman named Sam Bradley, who gets roughed up by three classmates who call him a “faggot.” With their taunts still ringing in his ears, Sam rushes home and “shoots himself in the head with his father’s gun,” Alon says. 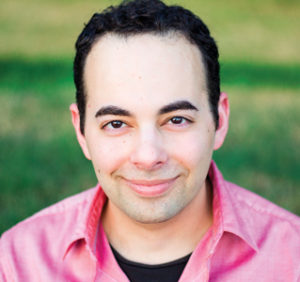 Although Sam is the central character, he has only one line—actually, one word—in the entire film. “When people commit suicide, they lose their voice,” Alon says. “The movie becomes about all of these other people in the community, and how they react to Sam’s death. His parents, the bullies, school administrators, and others ask themselves, ‘What do we do in the wake of a suicide?’ The press even becomes a character in the film.”

Alon, 36, began writing Bully in 2011, the year after Asher’s high-profile suicide, which the teen’s parents said was in response to years of antigay bullying in northwest Houston’s Cypress-Fairbanks school district. “It was so heart-wrenching,” says Alon, a former music professor at Lone Star College-CyFair. “Asher Brown’s case was one of a number I studied, in addition to more evidence-based material. I wrote a draft as a stage musical, but I realized that it should be a film because the story I wanted to tell was on a larger level than just Houston.”

Alon says more than 100 people were involved in the making of Bully, including numerous Houston-area artists and students. With its budget expected to reach $35,000, the film has been paid for using private donations and grants from the Houston Arts Alliance and the John Steven Kellett Foundation. Once the film is finished in mid-September, Alon plans to enter it in film festivals for 2017–18.

A South Florida native whose father was born and raised in Israel, Alon arrived in Houston in 2005 to study at Rice University’s Shepherd School of Music. “I moved a lot—16 times up to the present, including a year and a half in Israel when I was 6 or 7,” he says. “I completely fell in love with Houston, which is something I didn’t see coming.”

In late 2010, Alon co-founded Thunderclap Productions, a nonprofit dedicated to producing new, lesser-known, and under-performed plays, musicals, and screenplays. “We have a commitment to making the arts accessible to all patrons, and a special interest in producing works that highlight issues of social justice and inequity,” says Alon, adding that Thunderclap produced Bully.

Alon, who is currently a professor of music at Lone Star College-University Park, warns that Bully will be screened with a parental advisory due to its explicit content, and is not recommended for children. “The film, which is about an hour in length, contains strong language, violence, depictions of violence, and partial nudity that some may find objectionable,” he says. “Many people ask, ‘Why didn’t you make this more kid-friendly, to show it in schools?’”

Alon’s answer is two-fold: first, he says a truthful telling of the story demands mature content, and second, he believes some current anti-bullying messages “actually make a situation get worse.

“They teach bullies how to refine their actions,” he says.

Alon says he’ll explain this further in talkbacks following the screenings. The Katy screening’s talkback will be led by Allison Vogt, the director of sexual violence prevention and Title IX support at Rice University, who previously worked for the Montrose Center’s anti-violence program.