Country duos are nothing new. Think about Johnny and June, Porter and Dolly, George and Tammy, and so on. The Judds put a different spin on the coupling of country singers by teaming up a mother, Naomi, and her daughter, Wynonna. The Judds were a prevailing pair from the early 1980s until the beginning of the 1990s, at which time Wynonna embarked on a solo career that made her an even bigger star. The 21-track compilation All-Time Greatest Hits (Curb) includes everything you might expect on a collection such as this, including “Mama He’s Crazy,” “Why Not Me,” “Have Mercy,” “Grandpa (Tell Me ’bout the Good Old Days),” “Rockin’ with the Rhythm of the Rain,” and “Love Can Build a Bridge.” 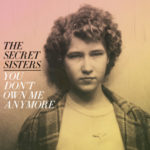 Keeping with the family theme, we come to singing siblings Laura and Lydia Rogers, aka The Secret Sisters. For You Don’t Own Me Anymore (New West), their third album in seven years, The Secret Sisters worked with lesbian singer/songwriter Brandi Carlile and her regular band members Tim Hanseroth and Phil Hanseroth. This combination of exemplary talent results in The Secret Sisters’ best album to date. Alternately rousing (“King Cotton,” “He’s Fine”), riveting (“To All the Girls Who Cry,” “The Damage,” “’Til It’s Over,” and the title track), and reverent (a gorgeous cover of Paul Simon’s “Kathy’s Song”), The Secret Sisters are no secret anymore. 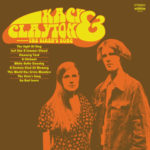 Jeff Tweedy (of Wilco) returns to his insurgent country roots as producer of The Siren’s Song (New West) by Canadian cousins Kacy & Clayton. The duo adds a distinctive twang to their trademark brand of folk on “The Light of Day,” “Just Like a Summer Cloud,” “The World Has Seven Wonders,” and “White Butte Country” (on which Clayton takes the lead). However, songs such as “A Lifeboat” and the title cut qualify as some of the most appealing examples of modern folk music. 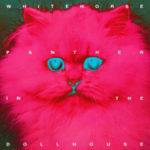 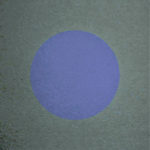 Since 2006, Baltimore duo Beach House has put out six well-received studio albums, two of which were released in 2015 alone. Talk about being prolific! Now comes the 14-track B-Sides and Rarities (Sub Pop) compilation. As Alex Scally and Victoria Legrand put it, “B-sides are not songs we didn’t like as much, just ones that didn’t have a place on the records we were making.” In addition to two previously unreleased songs (“Chariot” and “Baseball Diamond”), culled from the Depression Cherry/Thank Your Lucky Stars sessions, the album includes a cover of Queen’s “Play the Game” (featured on an AIDS-research benefit compilation), as well as a song dating as far back as 2005 (“Rain in Numbers”). 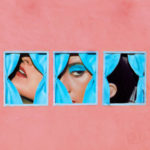 Juliana Giraffe and Ari Balouzian of Midnight Sister bring their mutual artistic vision to their debut album Saturn Over Sunset (Jagjaguwar). Both have a background in the visual arts, which gives the 14 songs on the disc a candy-colored movie soundtrack quality. Beginning with the fluttery swirl of “Canary,” Midnight Sister wears influences such as The High Lamas (“Leave You”) and Of Montreal (“Daddy Long Legs”) on its 100-percent polyester-knit sleeve. Other notable numbers include “Blue Cigar,” “The Crow,” “Hitman,” “So Young,” and the aptly titled “Shimmy.” 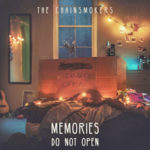 Easily the most inexplicable success story of the last couple of years, The Chainsmokers finally got around to releasing its full-length debut album Memories . . . Do Not Open (Disruptor/Columbia). This is the best example of the worst that can happen when producers/“DJs” decide to make an album of original music. Formulaic, lacking in diversity, and dull as Jared Kushner’s inner dialogue, not even guest artists such as Coldplay (“Something Just Like This”), Emily Warren (“My Type”), and Florida Georgia Line (“Last Day Alive”) can prevent this from being a lazy and repetitive recording. 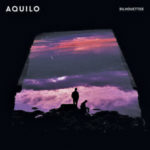 Silhouettes (Harvest), the debut album by UK duo Aquilo (Tom Higham and Ben Fletcher), is a downer. But it somehow narrowly avoids the redundant nature of The Chainsmokers’ disc, thanks in part to the subtle variety and drama the pair works into their music. “Never Hurt Again,” “You Won’t Know Where You Stand,” “Complication,” and “Always Done What You Say” do manage to pick up the pace. Still, it’s best not to listen to this disc while behind the wheel on a late-night drive.

Piano/violin/vocal duo Gracie and Rachel bring some much-needed modern feminist energy to this month’s lineup with their eponymous debut disc available at gracieandrachel.com. First and foremost, the eight songs are nothing less than gorgeous—a perfect combination of orchestration and vocalization. This is best experienced on the songs “Only a Child,” “It’s Time,” “Sing Song,” and “Go.” 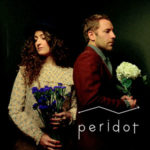 The duos Peridot and Seasaw both have roots in Wisconsin, where Peridot’s Hillary Reynolds and Trevor Jarvis met before getting better acquainted as students at Berklee College of Music in Boston. Seasaw’s Melissa Gotz and Eve Wilczewski still call “America’s Dairyland” home, and the folk-pop duo’s Too Much of a Good Thing (singseasaw.com) is sure to appeal to fans of The Ditty Bops. Peridot is more on the pop-folk end of the spectrum, and goes for a fuller sound on its eponymous debut (peridotband.com). 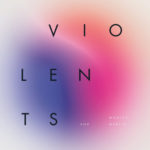 Finally, there’s yet another Wisconsin connection to Awake and Pretty Much Sober (Partisan), the full-length album debut of Violents and Monica Martin. Some may know Violents as musician/producer Jeremy Larson. Others may recognize Monica Martin from the Wisconsin-based band Phox. The pairing of these two talented folks has produced an album of stimulating and soulful electro-pop—sort of an updated version of what Sade was doing back in the day, as you can hear on “How It Left,” “Spark,” and “Equal Powers.” 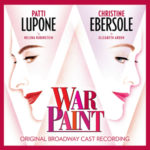 Ghostlight Records has released a slew of Broadway soundtracks for all you musical lovers, among them Bubble Boy, Holiday Inn, and God Bless You, Mr. Rosewater. But the one that Broadway hounds are waiting for is War Paint, the musical based on the lives of makeup mavens Helena Rubenstein and Elizabeth Arden, played by Great White icons Patti Lupone and Christine Ebersol, respectively. These two powerhouses duke it out on a disk that showcases each diva’s dynamic performance perfectly.—Steven Foster

Bria
With a Twist 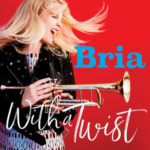 The Wall Street Journal declares she “looks like a Scandinavian angel (or Thor’s girlfriend), plays trumpet like a red-hot devil, and sings like a dream.” With that kind of adulation, it’s no wonder Bria Skonenberg was greeted with open arms by music critics and jazz aficionados alike. Her part-Broadway/part-cabaret styling fits in their Yes column and perfectly between your jazz standards and classic pop playlists. Thor’s a lucky guy.—Steven Foster

This article appears in the September 2017 edition of OutSmart magazine.