Data released by the City of Houston in February showed several areas of improvement at the City’s Bureau of Animal Regulation and Care (BARC), which is now being branded as the BARC Animal Shelter & Adoptions. In an email from Ashtyn Rivet, who is with the City’s Administration and Regulatory Affairs Department, intake of cats and dogs in 2014 was up by 3 percent to almost 25,000 animals, while euthanasia was down by 23 percent over 2013. (Still, there were almost 9,000 animals euthanized in 2014.) Pet adoptions by BARC were up 14 percent, and 6 percent more pets were able to be returned to their owners.

Much of the improvement in “live release” statistics is due to a 54 percent increase in animal transfers in 2014. Most of the transferred animals were taken to Colorado, where one of the City’s rescue partners, Rescue Pet Movement (RPM), reports there is a shortage of adoptable pets. The City gave RPM $285,000 last year to continue its transfer program. Colorado’s lack of homeless pets is attributed at least in part to their history of effective spay/neuter programs—an area that most animal activists agree Houston should be focusing on. Last year, BARC did almost 33 percent more spay/neuter surgeries (over 2013), totaling 10,455 procedures.

Another area of improvement over the past two years was the fundraising accomplished by the nonprofit Houston BARC Foundation. Founded in Mayor Annise Parker’s first year as mayor, Houston BARC Foundation’s website says they have raised $550,000 since the organization began, with over $450,000 of that raised in the past two years. These funds are used exclusively for the City facility and its programs.

With a new pet adoption center slated to open this spring, the Foundation has announced the center’s inaugural gala on April 7 in Sam Houston Park. The gala, to be emceed by KPRC Channel 2 news anchor Bill Balleza, is expected to attract 300 to 500 participants paying $500 to $1,000 each. Local celebrity couples will present selected BARC dogs and cats available for adoption during a cocktail-hour promenade. HPD canine units will perform demonstrations, and music and dancing will be provided by the Ezra Charles Band. Live-auction items will include a “Mayor for a Day” gala package (including ceremonial mayoral activities), a luxury private cruise on Buffalo Bayou, and an HPD SWAT/Tactical Training Academy Adventure. An adventure package for four to France will also be offered to bidders.

Linda Barrett, co-founder and president of Houston BARC Foundation, describes changes at BARC as “a spectacular transformation of the BARC City shelter.” A Houston attorney, Barrett says that after working on council member Oliver Pennington’s successful campaign for City Council, she made only one request of him: work to improve conditions for Houston’s homeless animals. The city’s only municipal shelter is mandated by City ordinance to take any animal that is brought in. “Other shelters can turn away animals when they are at capacity,” she explains. BARC does not have that option, and it creates crowded conditions that challenge both BARC staff and the volunteers who put in over 19,000 volunteer hours in 2014.

While spaying and neutering is the long-term solution to Houston’s homeless companion-animal problem, immediate help for dogs and cats facing euthanasia can only be provided by adoption. The new adoption center will allow the existing building to be used only for intake operations. The current BARC facility has long been criticized as being uninviting for those looking for a positive pet adoption experience. BARC also plans to debut a new mobile adoption trailer this year.

As Mayor Parker said in a statement last summer, “In less than five years, BARC has completely transformed from a mismanaged and unorganized shelter to an organization managed and staffed by business-minded people that care deeply about animals. Construction of the new adoption center symbolizes the great strides that BARC, City Council members, and the City of Houston have taken to become the best municipal animal shelter in the U.S.”

For more information about the Houston BARC Foundation gala event, go to houstonbarcfoundation.org. 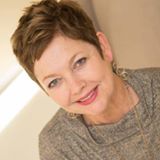