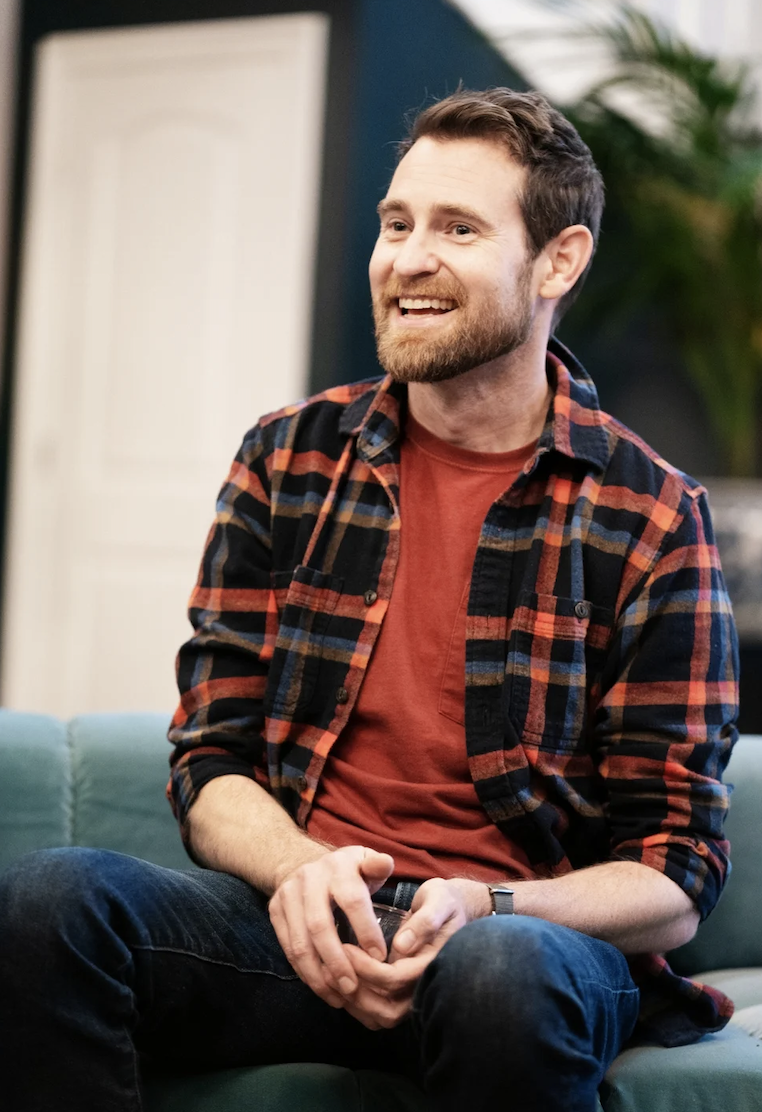 Danny Roberts, 44, one of the seven strangers from MTV’s The Real World: New Orleans, has returned to reality television in the Paramount+ follow-up series, The Real World: New Orleans Homecoming. The streaming series picks up in the same city with the same cast to rehash (and give closure to) some old grievances. And for a certain generation of LGBTQ people, it’s an opportunity to see where Roberts, one of the few gay people on television in 2000, has been in the 22 years since he charmed his way into the zeitgeist.

Roberts stood out during his season and made teens of all genders swoon with his sweet smile, Southern drawl, and mischievously flirtatious demeanor. These qualities remain with the older Roberts, who over the years has been characterized as an “accidental activist” and “introspective.” More recently, he was described by the New York Times as “hesitant” about his decision to return to Homecoming.

But these descriptions don’t completely align with the real Roberts. Although he may have been naive about what the world would have in store for him when he entered the Belfort Mansion in 2000, he certainly didn’t arrive there by accident. Perhaps this is the formula that makes him so captivating. He is a paradox; deeply private and brazenly candid at the same time.

“What was I thinking [when I auditioned back then]? I asked myself that for a lot of years. At that age, every kid wanted to be on The Real World. It was a fantasy to be able to literally be taken to another world for a while. I grew up in Rockmart, Georgia, and desperately wanted to be taken out of it. I ended up in New Orleans. My main motivator to get out of Rockmart was all of the people and the mentality around me,” Roberts explains. “I was sick of the hypocrisy, and I have a natural inclination to fight for what’s righteous and just.”

Roberts was in the closet to his parents despite being out during the show’s interview process. He came out to them just days before he moved to New Orleans.

“I was very closeted through most of my time at the University of Georgia. Very private. I decided when I graduated that I wanted to own [being gay]. It was time. It was a time when [the country] was in this big ‘between’. People forget where we were at that time. Unless you lived in a big city, in a liberal bubble, you were not out. It was not safe. [The show] was my mechanism to force myself to own it and be honest with myself, as far as I could take it. The truth is, I was not thinking it through. But there was no way to know what we were getting ourselves into.There was no social media, no way to communicate with people outside of your world. I think it’s a big part of the theme of [Homecoming]—how fucked up it is to throw young people into that situation.”

The Real World began in 1991, and is often referred to as the “grandaddy of reality television”—the first series of its kind to film “seven strangers picked to live in a house…” as the iconic opening credits explained. The original series lasted an astonishing 33 seasons, with each iteration evolving away from a documentary-style show – praised for its willingness to dive deep into controversial issues like race, sexuality, and abortion – and into something more aligned with The Real Housewives.

Roberts was inspired by early queer castmates like Genesis Moss of the Boston season and Norm Korpi of the original New York season. Little did anyone know that Roberts’ pre-9/11 season would live precariously on the cusp of a turning point for America and reality TV. 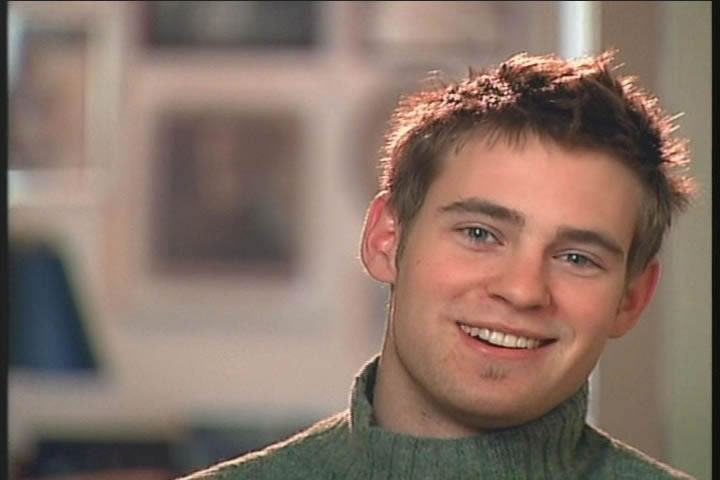 “For better or worse, I didn’t grow up with cable so I had very limited exposure to the show. Thankfully, I didn’t see the seasons prior to mine where it started to morph into the chaos. The [New Orleans season] is the last of what I call ‘documentary style’ reality TV. It gets grouped into reality TV but is something very different from what people today think of as reality TV. That same year that my show came out, Survivor started and so did the new paradigm of what reality TV was about,” says Roberts.

After all was said and done, the attention he received became much bigger than what his 19-year-old mind could have anticipated when he submitted his audition tape. His relationship with Paul Dill, who was in the military while Don’t Ask, Don’t Tell was still in effect, became a central focus of the season and of his life after. Because Dill had to remain hidden, Roberts became the avatar for Don’t Ask, Don’t Tell. He gave that LGBTQ equality issue focus for a younger generation, but not without a cost. Their relationship ended 15 years ago, and the toll that the attention took on both of them left some scars that Homecoming addresses as the two men reunite for the first time since splitting. Once again, Roberts gets personal closure for a private relationship on national television.

Around 2011, Roberts was diagnosed as being HIV-positive. Although the public spotlight had dimmed a bit by then, he decided to go public with the news in 2018—a decision he made to help fight the stigma that still surrounds HIV. (That same reasoning led him to join The Real World as an out gay man years before.) This time around, however, Roberts was better able to understand the sacrifice that this revelation would cause.

“I decided to share this because it’s still that core piece of me. I am someone that speaks out for what I think is right. It is recognizing the power in [the various media]. It’s recognizing there is a time to use them, and recognizing there is a cost to using them. Balance what you’re going to get—the balance between privacy, security, and safety, but also putting positive energy into the world. If you want to imagine me metaphorically balancing the light over here and the good that can be done with it versus the cost against me personally over here, this is me. That’s my life,” says Roberts.

Roberts calls his discovery of his HIV-positive status and his subsequent decision to share it akin to a second coming-out. He describes the process as phases of moving past his own hang-ups and shame. It was confronting his own bias around the issue that was the most revealing to him on a personal level. Homecoming touches on this to an extent, but Roberts was more thoughtful this time about how much he would share. Once again, embodying that paradox that leaves people wanting more. 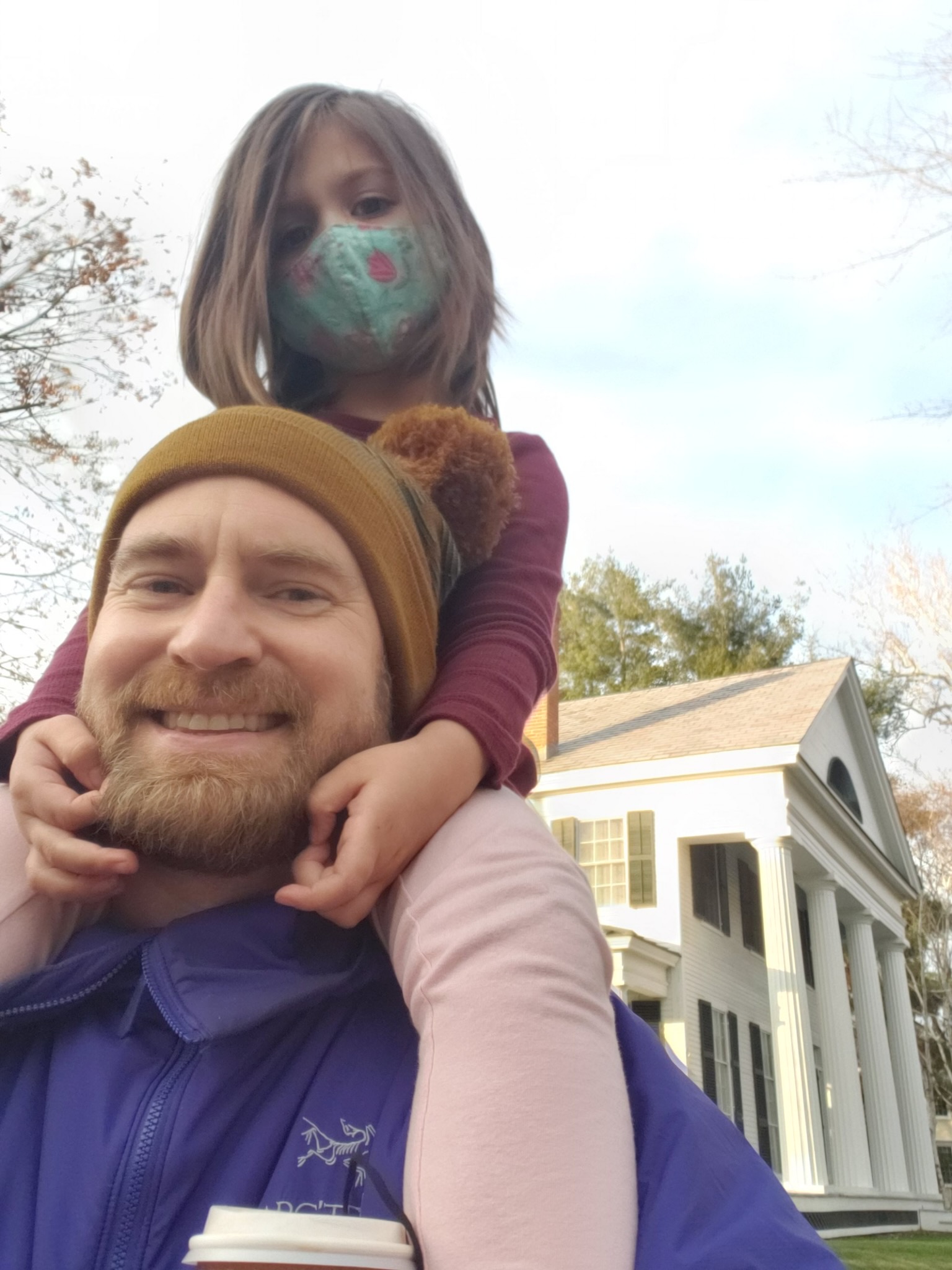 Roberts has now settled in Grafton, Vermont, in a cabin that he shares with his daughter who he co-parents with his ex. During the pandemic he abandoned his apartment in New York City, so his life has come full circle in a way by returning to a small rural town—though decidedly farther north and in a bluer state than his native Georgia. He also has a boyfriend and solitude. In small town Vermont, Roberts is unlikely to run into many people who know about him, or The Real World, or Homecoming. He appears to be just fine with that.

New episodes of The Real World: New Orleans Homecoming stream every Wednesday on Paramount+. Following each episode, Roberts’ castmates and longtime friends Kelly Wolf and Melissa Beck discuss the show in a live session on the platform Brightlive.com. Wolf is a certified life- and personal-development coach, speaker, and writer. These group sessions offer attendees the opportunity to connect with the three in a meaningful way as they discuss the vulnerabilities they felt while participating in reality television. If nothing else, Beck will likely have you laughing throughout the session.