Cuisine divorced from culture has no legs, says Houston-based chef Adán Medrano. “But let me just eat my taco!” he adds with a laugh. In his new documentary Truly Texas Mexican, the San Antonio native’s passion for the story of Native American cuisine from Texas is surpassed by only one thing—the food itself.

For Medrano, the feelings inspired by a fusion of Mexican and Native American cuisine are not merely theories or distant memories. “It is spirituality,” he emphasizes. It is nourishment for the body, mind, and spirit. Our ignorance of that rich culture is an historic gap that deserves to be filled with the truth.

The story behind “Texas Mexican” food, as Medrano calls it, is a history that people in power have long tried to whitewash. That’s why Truly Texas Mexican works to give credit where credit is due as it honors the people who inspired the original cuisine.

“We define ‘Texas Mexican’ as the cuisine of Texas Native Americans who eventually became the Mexican community in Texas,” Medrano explains. “Texas Native American cuisine dates back to 900 AD, and predates both Texas and Mexico. The more widely used term “Tex-Mex,” which was invented by Anglos for Anglos, refers to [the more] recent restaurant food whose origins date to the 1900s.”

Medrano’s film, which debuted in March, recounts the history of indigenous Texas Mexican food. It also acknowledges the cultural erasure that Mexican people from Texas have long faced by “Anglos who have long wanted Mexican food without the Mexicans,” he says. “We have lost our cultures and our traditions because of racism. We have been erased, and we have been taught to hate ourselves.”

The 72-year-old openly gay chef currently resides in the Bayou City with his husband of 47 years, Richard Jimenez. Medrano holds a bachelor of arts degree in philosophy and journalism from Creighton University in Omaha, Nebraska; a master of arts degree in radio, television, and film from the University of Texas in Austin; and a certificate in culinary arts from the Culinary Institute of America.

Before college, Medrano spent nine years in Catholic seminary and even took his first vows to become a priest. “I loved it,” he says—especially the community and spirituality. But four months before taking his final vows, Medrano decided that being a celibate man of the cloth wasn’t for him. Medrano still remains in touch with Fr. Gene Cañas, OMI, the last of his priest mentors who is still alive.

In addition to being a chef and food writer, Medrano is also the founder of JM Communications, a media and food-production group that also researches the cultural and social issues surrounding food and the culinary arts. His overall mission has been to rectify the lack of awareness about indigenous Texas Mexican people, their cuisine, and their rightful place in history.

But before that crusade began in earnest, Medrano directed TV shows for the Spanish International Network, which was the precursor to Univision. He directed Festival ’73, a variety show that aired on the network nationally. “I was a filmmaker until 1985. In 1976, I founded the first and now longest-running Latino film festival in the U.S., the San Antonio CineFestival.”

He has also provided consulting services and created media productions for high-profile clients such as the White House, the National Conference of Catholic Bishops, and even the Vatican.

Following his time in filmmaking, Medrano did philanthropic work for 23 years. “I was a grant maker, traveling the world in the field of media arts and education.” His travels took him throughout Latin America, the Caribbean, Europe, Southeast Asia, and North America. That was the time in his life when he ultimately came to recognize the importance of food and culinary traditions in society.

It wasn’t until 2009 that he revived his media career with a focus on the culinary traditions of the Mexican American communities in Texas, including their rich history, innovative recipes, and insights into what it really means to be “American.” 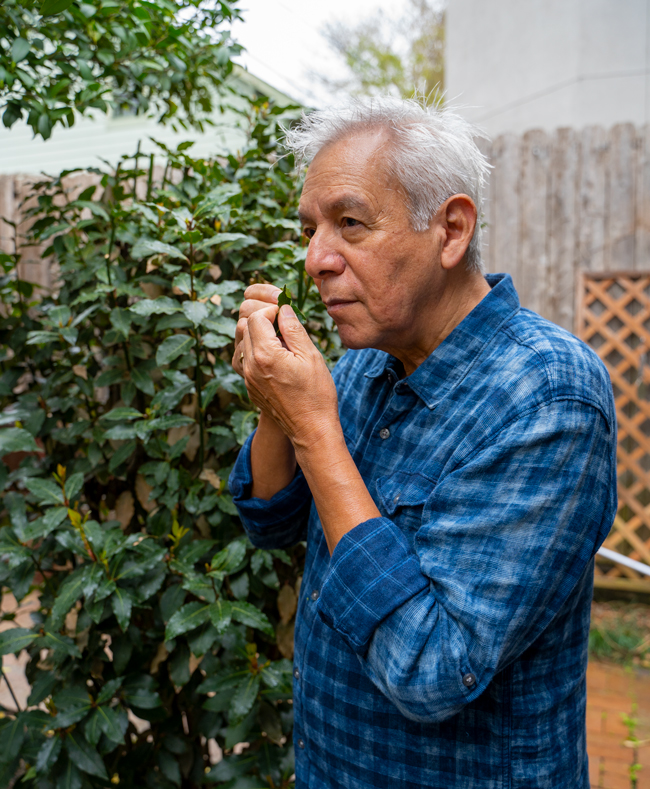 The indigenous Mexican cuisine of Texas offers a great deal of insight in terms of how 15,000-year-old traditions both suffered from and later successfully dealt with the European colonizers who arrived 500 years ago, Medrano explains. “Colonial immigrants forcibly brought African slaves to the Americas. African traditions eventually [blended with those of the] Native Americans, and tastes and communities were formed, nourished by a new cuisine.”

Medrano admits that he has always loved all things culinary. “From my childhood, I’ve loved cooking. As I traveled around the world, I saw and enjoyed the link between food, culture, and social development. Food and cooking is an artistic practice that impacts memory, identity, and community,” Medrano says.

That love is palpable in his most recent book entitled Don’t Count the Tortillas—The Art of Texas Mexican Cooking, which was published in 2019. “By cooking and sharing food, we narrate our identity and create the bonds that nurture community and understanding. An example is when I was invited to Moscow for ‘culinary diplomacy,’” Medrano says, recalling that it was more of an “encounter” than a trip arranged by the American embassy in Russia. “I wanted to tell stories that go beyond cooking, [and also discuss] ethics.”

The idea was to do an event with a Texas theme in an effort to share American culture. The embassy needed a chef, and immediately sought out Medrano for obvious reasons. “I told them I wanted to cook Texas Mexican food, not Tex-Mex,” he says. “All the glitterati of Moscow were in attendance at the Fourth of July official U.S. celebration in Moscow. It’s the event of the season.” The embassy staff even managed to source a food truck for him to use. He also held a master class and an event for young people called #MyFirstTaco.

While the entire endeavor was a massive success, it wasn’t easy. Medrano needed about 3,000 tortillas for his time in Moscow, so he wrapped, vacuum-sealed, and froze the huge batch he made. “Military transport airlifted them to the embassy grounds so they didn’t have to go through customs. Our tortillas had diplomatic immunity! The chefs there really understood why we needed to do this. They were very interested in our food, and wanted to do it right,” Medrano recalls.

Medrano’s heart truly belongs to Texas Mexican cuisine and the cultures that created it. He longs to teach people about both the food and its roots, one tasty bite at a time. “What we are trying to say with our food is that there is a way we can share a table where we all are welcome,” he emphasizes. “The act of cooking is the act of facing differences in a way that will make you grow and understand. When you do that, you create a dish that is new and will be delicious because of how you accepted ‘the other.’ I think that’s a formula for a society that lives in peace.”