As part of the viral video collective The Try Guys, Eugene Lee Yang has had to throw himself into an escalating gamut of experiences: he’s tested new roller coasters, simulated labor pains, and devoured a whole lot of fast food to keep his fan base engaged. But in June, the 33-year-old filmmaker took his most dangerous risk yet when he wrote, directed, and choreographed a coming-out music video titled “I’m Gay.” Though he had previously alluded to his queer identity online, Yang’s appearance in “I’m Gay” is a clear declaration to his family, community, and fans.

In the lush video, set to music by ODESZA, Yang dances his way through the traditions (and judgments) of his Korean-American upbringing, and through the messy, unresolved discourse of contemporary queer life. OutSmart spoke with the Pflugerville, Texas, native about this deeply personal project, and his emergence as an artist.

David Goldberg: “I’m Gay” was distributed through YouTube’s donation platform, and has raised over $112,000 for The Trevor Project since its release. You must be astounded by that number.
Eugene Lee Yang: It’s an enormous surprise. I don’t necessarily have the means to give as much as large companies do, and to effect a monetary change, but the video was something I was very surprised by. YouTube just rolled out their donation-button option about a year ago; it’s sort of been piloting. They told me that my video has been their most successful donation button yet, so I’m very proud. 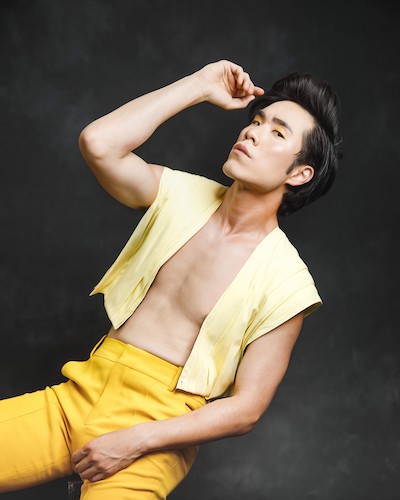 With making a video like this, you probably had a lot of anxiety that prevented you from anticipating some of the bigger-picture outcomes. What other surprises have come through in the process?

Much of my inspiration was from this notion that as a digital-content creator—where I have direct access and communication with fans, and particularly young people—I wasn’t giving enough of myself in terms of my own honest presentation. I wasn’t able to speak about my own experience without some sort of conditions, and I wanted to be able to have those kinds of conversations with young people who are going through similar things. I had seen the tip of the iceberg with kids coming up to me and telling me their queer experiences, based on the content I had previously done online. We have about an hour of meet-and-greets before the show, and then I’ll speak with fans after. At least half of them have been young kids who identify as LGBTQ+ or questioning, and a lot of them cite that video as opening a door for them to speak to someone, anyone (or at the very least, me) about what their experience is. I found that to be very humbling, but also extremely important. So much of my story has been about obstacles and struggles that still face our community today, particularly with the coming-out process. Many of these kids are still closeted or discovering who they are. The fact that they are first telling someone like me about it, because they saw my video, is very telling of the times we’re in. I don’t necessarily believe I should be the first one [that they speak to], because I would hope the communities that they’re a part of would be open to hearing about it.

The video explores infighting within the queer and Asian communities. There’s still conflict and judgment among us. Are you experiencing judgment from queer fans as you step into the community?

I’ve been asked why I’ve chosen to label myself as “gay” when I was already widely accepted as queer-identifying. In regards to (for lack of a better term) living my own truth. [After having to constantly “police” my own identity while growing up], there’s something very freeing about being able to be explicit about the experiences I’ve had and the life I actually lead. That policing has happened in every single scenario I’ve been in: growing up in an Asian family, in the church I grew up in, or even the queer families that have adopted me in Los Angeles. There’s so many different ways in which we package ourselves, either to be more comfortable or more safe. I’m just at a point in my life where I’m fortunate enough and privileged enough to feel safe and secure, and to unabashedly present my experience without any sort of conditioning.

It’s interesting, because I would never want to consider myself a role model or be responsible for any sort of representation in the community. If anyone deems me [to be a role model, it’s only] because I am giving 1,000 percent of my honesty now—flaws and all. Before [doing this coming-out video]—both as an Asian-American person who became famous online, and also as a queer person—I felt a pretty huge weight of responsibility to be excellent. We often discuss this with queer theory or minority representation in the media: you have to be an ideal version of yourself in order to transcend stereotypes or negativity, because we’re still oppressed communities. I’ve felt that since the beginning, being an Asian-American male online. In this video, I embraced what I truly, deeply felt about my experience as a queer person of color, which has a lot of dark sides and a lot of pain.

What was it like to come back home to Texas with The Try Guys tour?

It’s interesting. We had quite a few shows in Texas. In the tour, we tongue-in-cheek regard ourselves as “legends of the internet” and leaders of “the four pillars” of things that are eternally viral: food, love, fun, and being gay. And I unabashedly chose to be [the gay pillar]. My entire section is just a celebration of the gay identity. I begin it with a monologue, which is sort of my impassioned speech to empower the community. I improvised it in Dallas, because I looked out in the crowd and saw these kids who are coming up to talk to me at the meet-and-greets about their queer experience. Everyone has problematic aspects of where they come from and where they’re born and the cultures they were brought into. But I want to establish that as a native Texan, I am not antithetical to my upbringing; I am a representative of my upbringing. I had to go through many years of “I hate where I am, I need to get out.” But so much of what created and shaped my distinct perspective was my environment—was me being a born-and-bred Texan. If anything, what is stressed in that show is that I’m a proud representative of Texas. I’m not someone who should be seen as distant or separate from the Texan identity. We’re one of the most diverse states in the nation. And speaking as someone who is queer, we’re a huge, huge population. People often ask, “Aren’t you glad you escaped the South?” And I’ve come to this point where I’ve responded with, “I never escaped, but the South shaped me.” Sure, I had problems with my childhood, but when I go back, I’m seeing more and more people who are like me and have similar experiences. What I want to do is reaffirm that I’m just as Texan as the next person who might not be Asian or LGBT. 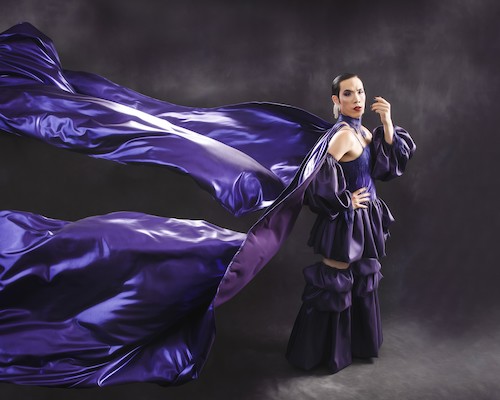 I think about all of the boycotts that happened in response to the South Carolina bathroom bills, and how a lot of artists cancelled tours. I didn’t see the point of taking culture, art, and new ways of thinking away from people who want it.

It’s tough, because even though there’s a majority, what does a majority mean—like 51 percent? There’s really no way. We paint things in red and blue, but you forget that I was a kid in Pflugerville, Texas. I was born in Waco, so I was desperately seeking art and inspiration and diverse experiences. I found it through borrowing my friends’ Rent soundtrack when I was in high school. Now, the digital reach that the internet has is so profound, because I can make a video and reach anyone who has access to YouTube. It’s been very sobering, too, because I did feel for a time that I was going to save this side of my filmmaking for when I could get into the studios with my grander artistic projects. Then I took a step back and realized that I’m in a very rare position where anything that I make and put online would get a lot of people’s eyes on it. And for me to bring this heartfelt project that is 1,000 percent me as an artist, but also me as a gay man, was probably the most important thing I’ve done in my young career.

The video is such a big effort in terms of choreography, costuming, direction, casting, and aesthetics. What do you want to do next?

I’m in development for several larger projects pertaining to film, TV, and books, but I think the tone and the messaging and the representation of identity that people saw with this short music video is the calling-card for what I want to represent as an artist and a filmmaker. Whether it’s directing or writing or production or choreography, I want to bring that type of energy and that type of starkly defiant and particular representation to everything I do. Not only as a filmmaker, but as a person in the public spotlight, to be able to be my purest out self is freeing. I hope [people will see that in] the way I walk into every single room to pitch [a new project], or in the way I open up my laptop to write something. It’s really going to be the signifier for many very gay, very Asian projects to come.