A young couple participating in Freedom To Marry activities this month speaks out.

As part of Freedom To Marry Week this month, many same-sex couples will be demanding their right to secure the same rights as wedded heterosexuals. One such protesting couple, Regina Cassanova and Jheri Dupart, both 27, got a head start on things in December. Joined by family, they held their own ceremony—one not legally recognized, of course—at Resurrection Metropolitan Community Church. Now considering themselves wed, Cassanova and Dupart will be one of the devoted couples participating in the February 11–17 events here, organized by the Foundation for Family and Marriage Equality. The week kicks off on February 11 with a 60th birthday party for attorney and activist Phyllis Randolph Frye at the downtown Magnolia Ballroom. The week concludes on February 17 with the largest same-sex wedding celebration in Texas, held at Resurrection.

In anticipation of Freedom To Marry Week, I visited with Cassanova and Dupart about their December wedding and their participation in the Houston activities this month.

Michael Rowell: What made you decide to have the ceremony?
Regina Cassanova: I used to believe that I wouldn’t get married to Jheri until it was legal. I was optimistic and felt we could wait…it couldn’t take that long. Well, we decided in 2006 that we weren’t going to wait any more. So for our 9th anniversary, Debbie Moore [the attorney and partner in the Moore & Hunt law firm] drew up all the documents we are allowed to have to protect our relationship. When we were talking to Debbie, she told us that one of the most important things we could do to protect ourselves is to talk with our families about our commitment to one another. We did speak to our families, and we also decided we wanted an even more public declaration and celebration of our relationship.

Jheri Dupart: With the legal paperwork done, it was time for the party! That’s when we really pushed forward with the wedding, legal or not! We wanted to invite our family and friends to witness our union and celebrate in our relationship. And honestly, when Gina told her family that we were going to have a ceremony, their response was, “What took you so long?!?”

It was a powerful affirmation of our love for each other, and it was very important to have our family and friends there to witness and share in that affirmation. Our officiant, Rev. Janice Ladd from Resurrection, did a wonderful job at emphasizing that point. I also think it may have opened a few eyes to the notion that all we want is what many couples want—to settle down, get married, have children, and have a warm and loving home to go home to at the end of the day. Maybe it was that knowledge that finally allowed my mother and me to find common ground and begin speaking again after three years. That is the power behind this big statement of love.

What does it mean to the two of you to participate in the Freedom To Marry Week activities after your ceremony?
Cassanova: I’m very excited to participate in the Freedom To Marry activities this year! I want to protest the fact that I can’t marry Jheri. I’m angry, and I want people to know about it. I want our relationship to be treated like any straight couple…. I’m not waiting until it’s legal. I’m taking what is mine right now. The laws can and will change to follow my actions. We have to show society that this is non-negotiable.

Dupart: I think it’s important to get out there and be seen and heard to remind people that this is an injustice. I am an American, I pay taxes, and I deserve my rights. Period. On the flipside, it is one thing to know that someone will turn you down if you apply for a marriage license and happen to be gay, but it’s another thing completely to have someone turn you down to your face.

What’s brought you to this point?
Dupart: Gina and I met 11 years ago. We were juniors in high school in New Orleans. She sat behind me in French class, which is where we first began to talk and develop a friendship. But as we started to spend more and more time together, my feelings shifted from friendship to something deeper. I thought she would never share my feelings. There were no girls like me in the world, or so I thought back then…. Then, on the evening of October 9, 1997, I spent the night at her house. We spent the time as we normally do, but it was early on the morning of October 10 that Gina changed our lives forever. She kissed me!

Cassanova: Yes, I kissed her! And yes, that’s all we did on the first night. Our first night was bittersweet, though. I was relieved and excited to know that Jheri had feelings for me, too. But I also knew I was doing something my family might not support. We agreed to keep our relationship a secret. We spent the next three months in our own little world….

We were eventually outed, which is a difficult thing in a Catholic, all-girl high school. My parents banned me from seeing Jheri [they are now supportive]…. That was the hardest part. I couldn’t talk to my best friend anymore. I didn’t really talk to Jheri for about eight months. I had just enough time with Jheri to miscommunicate about everything…. We had set a date and time for us to meet up at the beginning of the semester on campus. That was my happy thought all summer long. We did meet back up and decided we needed to rebuild our friendship first if we wanted our romantic relationship to work. So we tried to not have a romantic aspect to our relationship for a while, but that didn’t last too long. We didn’t spend very much of our free time apart during our first year of college. I re-outed myself to my family. Jheri and I moved in together.

Dupart: That was the start of us truly building our lives together, and we haven’t looked back.

FREEDOM TO MARRY WEEK
This month, activities in support of full marriage rights for same-sex couples will take place across the country as part of the nationally observed Freedom To Marry Week, organized by the New York-based Freedom To Marry advocacy group. In Houston, the Foundation for Family and Marriage Equality organizes the calendar of events.

February 16
Screening of the documentary For the Bible Tells Me So followed by a discussion with religious leaders
Resurrection Metropolitan Community Church (2025 W. 11 th St.), 7 p.m.

All events are open to the public at no charge. At the February 11 and February 17 events, donations are welcomed for the Foundation for Family and Marriage Equality.

Find additional information at the Foundation for Family and Marriage Equality website, www.familymarriageequality.org. The national Freedom To Marry website, www.freedomtomarry.org, offers information on other U.S. observances and resources on same-sex marriage. 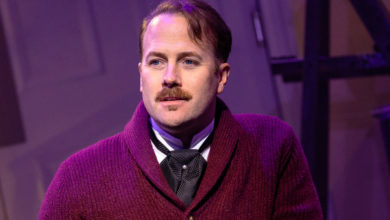