The Adventures of Priscilla, Queen of the Desert, Gray Matters , and many more.

The Adventures of Priscilla, Queen of the Desert

In the “Extra Frills” edition of this Academy Award-winning campy road trip adventure-romp, the cult classic gets an extra tarting-up with featurettes, a blooper reel, and deleted scenes including “How Trumpet Got His Nickname” and a “Fabulous Photo Gallery.” • 1994. Written and directed by Stephan Elliott. • From MGM Home Entertainment (www.mgm.com). — Preview: Eric A.T. Dieckman

Promoted as “a woman’s picture every man must see,” this Artisan Productions 1969 dykesploitation classic centers on a man, his wife, and the female boarder she just can’t say no to. Roger Corman protégée Sue Bernard stars as one of the dames gone bad. Quaintly camp, the film’s grainy, poor reproduction quality adds a cheap and sleazy touch. Delightful! Available July 3 from Wolfe Vintage (www.wolfevideo.com). — Review: Nancy Ford

Just the Two of Us

Billed in 1975 as “the tragedy of today’s lonely housewife,” this accompanying dykesploitation reissue from Wolfe Vintage ends badly, as did all lesbian-themed films of that era. But it was as close as we got to The L Word nearly 40 years ago. Its early street café scene, with its philosophically fey waiter suggesting the fruit salad, is a hoot. Available July 3. — Review: Nancy Ford

Early 1900s, Spain. Dr. Sigmund Freud alarms the world, linking most psychological problems to sexuality. In this charming romantic period comedy, Alma searches for her missing husband. Joined by Salvador, whose wife is also missing, the two witness the breaking of countless sexual taboos. The two discover Salvador’s wife at a posh, secretive cross-dressing soiree. “Disgusting!” he declares. “War and poverty are disgusting,” says a newly enlightened Alma. “This is just a facet of the human soul.” • 2004. Co-written and directed by Joaquín Oristrell. Spanish with English subtitles. • From Liberation Entertainment (www.libent.com). — Review: Eric A.T. Dieckman

Wild Tigers I Have Known

Logan is a 13-year-old boy leading a confused and lonely life. His friend Joey is fascinated by the lives of the popular boys. Logan is infatuated by the boys. One of the popular guys, Rodeo Walker, warms up to Logan, further strengthening Logan’s feelings for Rodeo, and Logan’s confusion. • 2006. Written and directed by Cam Archer. Fairuza Balk co-stars. • From Genius Products, Inc. (www.geniusproducts.com). — Preview: Eric A.T. Dieckman

In trouble with his gang, Anthony escapes a brutal payback thanks to his compatriot, Jack. He seeks refuge in the suburbs with his girlfriend and her out brother. But when Anthony joins his girl on a road trip to attend her father’s funeral, he encounters someone who resembles Jack. Is Jack following Anthony on lethal gang business, or are there feelings of passion neither has yet to confront? • 2005. Written and directed by Christian Calson. Mink Stole and Judy Tenuta co-star. • From TLA Releasing (www.tlareleasing.com). — Preview: Eric A.T. Dieckman

Police officers and pink uniforms — the two just seem to clash. However, in the episode in which they have to don their gay apparel, it’s all about the humor, and, as usual, it works. Add their complete incompetence to each and every one of the 14 uncensored episodes, and you’ve got one helluva hilarious two-disc set. • From Comedy Central (www.comedycentral.com). — Review: Troy Carrington

The Best of Chapelle’s Show Uncensored

Dave and his writers culled their 25 favorite sketches and moments from the popular show. Look for Charlie Murphy’s famous Rick James story and “A Night with Wayne Brady,” wherein the improvisational singer asks, “Is Wayne Brady gonna have to choke a bitch?” • From Comedy Central (www.comedycentral.com). — Preview: Eric A.T. Dieckman

Murder, mayhem, and missing persons mix it up in these four classic mysteries never before on DVD. The escapades of the feisty teenager detective are featured in Nancy Drew, Detective (1938); Nancy Drew, Reporter (1939); Nancy Drew, Troubleshooter (1939); and Nancy Drew and the Hidden Staircase (1939). • From Warner Home Video (www.warnervideo.com). —Preview: Suzie Lynde 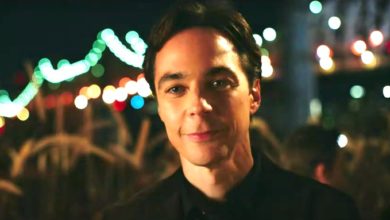