Years before Internet blogger Perez Hilton scrutinized and snarkily exposed closeted celebrities’ sexuality (and, indeed, before the Internet existed), Michael Musto was doing it. The Village Voice ‘s loved and loathed gossip columnist, and occasional VH-1, MSNBC, and E! commentator, Musto brought us behind the velvet ropes to get a peek at celebrity and New York’s audacious nightlife with a queer, politically charged eye and deliciously witty style. His new collection La Dolce Musto: Writings by The World’s Most Outrageous Columnist (Carroll & Graf) compiles columns and essays past and present, both fluffy and profound, distanced and deeply personal, including ones in which he outs a then-closeted Rosie O’Donnell (in 1997), shares watching Sandra Bernhard and then gal pal Madonna act zany onstage at a 1989 one-time-only fundraiser, and recounts the horror of AIDS’ decimation of the gay community and the activism it spawned.

By no means a hypocrite, Musto is refreshingly open about his own personal life, career, and how gossip has changed over the years during our interview in his Murray Hill neighborhood apartment. He offers up a tin of cookies decorated with the faces of last year’s best actor Oscar nominees as we begin at the beginning, when he attended Columbia University as an English Lit major…

Lawrence Ferber: Did you realize that gossip was what you loved, your true calling, while you were studying at Columbia?
Michael Musto: Yes. Even though at Columbia you have so many requirements and we were studying The Odyssey and The Iliad and all the Greek classics, my mind was on Cher and still is.

How has a juicy item from your early days changed from a juicy item today?
There are more walls broken down as far as what constitutes a juicy item now. Anything goes, which I actually think is a good thing. It makes for more inaccuracies and more insensitivities at times on behalf of the media, but there’s less hypocrisy, there’s less columnists saying we shouldn’t talk about their sexuality because that’s off limits. Now anything constitutes an item, and that is because of the Internet.

But there are still publicists who tell us don’t talk about sexuality, or this, or that.
I know. I was supposed to interview Jennifer Love Hewitt, and they said, “You can’t talk about her breasts,” and I was like, Why would I? I never make deals anyway with these publicists who want to cut a deal. I just say forget it–let’s not do it.

What are your thoughts on the new wave of gay gossip personalities like Perez Hilton?
I think they’re terrific, and Perez has cited me as somebody who is a pioneer in what he does, so I’m honored to be acknowledged. I think it’s more in-your-face gay gossip. I think the sexuality coverage is extremely political because it’s saying to the world there’s nothing wrong with saying a celebrity is gay. Even if this rumor is wrong, it’s OK to put the rumor out there with the denial, because we’re not projecting any more homophobia by acting like this is an unspeakable topic. That’s a huge political advance.

How do you feel about outing?
It’s my favorite pastime. I collect stamps, Russian dolls, and I like to out celebrities. And I don’t feel there has to be a legitimate basis of exposing hypocrisy. That’s always fun, like a Mark Foley or a Jim McGreevy who were both against gay rights and gay marriage and are caught, but I don’t think that should only be used as a weapon against hypocrites. I think it should just be OK to say Clay Aiken is gay. What’s the problem?

Of all the columns in the book, which one got you into the most trouble? Definitely when I was outing Rosie O’Donnell. Few people will remember that she was the “Queen of Nice,” an ambiguous single mom in love with Tom Cruise, and the media was going along with the whole charade. I was going, “Excuse me, people, she is the biggest diesel since Martina!” I didn’t even know this was getting to Rosie, but apparently it was burning her up and driving her nuts. When she hosted the Tony Awards one year, during a commercial break she said something to the audience–only the live audience–“Oh, I would love to be the one to strap in Raquel Welch for her costume in Victor/Victoria .” So that was her first lesbionic thing, but it wasn’t on the telecast, and then at the party afterwards she came up to me and said, “That remark was for you, and now maybe you’ll stop talking about my private life.” And I was like, “No, I won’t!” And I kept going at it, and I’m extremely proud of her now that she came out. Not only did she come out, she came out with f–king dyke vengeance. I watch The View. I love it.

You’ve done a lot of blind items. What’s been the hardest secret to keep a secret?
It’s not hard for me to keep a secret because basically I am very discreet. And I love a project. Like when I started taking seizure medication eight years ago and the doctor said you can’t have alcohol anymore, I found it amazingly easy because it’s something you focus on: You can’t have alcohol. It’s the same thing with keeping a secret. I can’t tell it.

In your line of work it’s hard not to drink!
Hard is not the word. Everywhere I go people are handing drink tickets at me. I just fetishize Diet Coke now. I pretend it’s a highball. And it does have caffeine, which kind of does get you off. I also sniff magic markers.

Has anyone ever reported or exposed something about you?
Someone once e-mailed me and said they saw me at some gay sex party. Oh, that’s really… Your next scoop is going to be the sky is blue, or the pope is Catholic. I’ve written about my sex life. I’m quite openly gay, so there’s really nothing anyone has on me.

Madonna comes up a lot in the book. Have you ever, though, actually had a one-on-one experience with her?
I had a band called The Must, which was a Motown cover band, and before she was famous, we were on the same bill at a nightclub. We were equal. That’s how low down Madonna was at that point. And she behaved every inch the superstar, as if she were already queen of the world. We never got a sound check because she tested the mic from every angle until the club opened. And afterwards, we were sharing a dressing room, and her manager didn’t want us to receive friends because Madonna was getting ready. Which was ironic–she didn’t want strangers to see Madonna naked. Now the whole world is her gynecologist. Interestingly, I’ve never spoken with Madonna. Our paths have crossed eight million times. But I’m not trying to become friends with celebs. Like I don’t want to go bowling with Meryl Streep or anything. I’d rather keep a distance and write what I want. Plus she’s not calling, so it works out!

Who would you hand your torch to? Is that something you think about?
No. I want to die while I’m RSVPing. And then I want to be put in a Hefty bag and leaned against a garbage pail. But I’m not one of those noble people who wants to anoint a new me. I think having a new me would be a nightmare for me.

Lawrence Ferber interviewed Rosie O’Donnell, and reported on her first R Family Vacations cruise (“All Aboard!,” May 2006), with her wife Kelli. Look for his annual Sundance Film Festival report in the March issue of OutSmart. 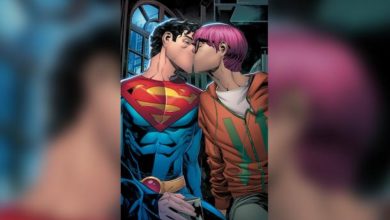