It’s been more than 30 years since the UK duo Pet Shop Boys, led by out front-man Neil Tennant, burst onto the music scene. Early PSB hit singles “West End Girls” and “Opportunities” led us straight to the dance floor. The Dusty Springfield duet “What Have I Done to Deserve This?” became an instant classic, and their reverent cover of Village People’s “Go West” took on new meaning when it was released in 1993 at the height of the AIDS era. PSB’s first five albums received the expanded reissue treatment in 2001, and three later releases—1999’s Nightlife, 2002’s Release and 2006’s Fundamental (all on Parlophone/Rhino)—are getting their due. Each set contains remastered versions of the original discs, as well as “further listening” bonus discs featuring demos, a variety of mixes, live tracks, and more—some of which are either previously unreleased or heretofore unavailable on CD.

Nightlife is notable for the heartbreaking “You Only Tell Me You Love Me When You’re Drunk,” the clubby “Closer to Heaven” (also featured in the stage musical of the same name, co-written by PSB and Beautiful Thing playwright Jonathan Harvey), and the Village People homage “New York City Boy.” The Nightlife package includes two additional bonus discs with songs from 1996 to 2000. Easily one of the most daring and enduring albums in the PSB oeuvre, Release features The Smiths’ Johnny Marr (with whom Tennant collaborated on the Electronic side-project), giving the material a new edge. PSB doesn’t abandon its trademark sound but simply augments it, as you can hear on “Home and Dry,” “I Get Along,” “You Choose,” and Eminem jab “The Night I Fell in Love.” As with Nightlife, Release features two bonus discs with songs from 2001 to 2004. The third installment in the reissue series, Fundamental (featuring the brilliant “The Sodom and Gomorrah Show”) is a bit of a curiosity. When it was initially issued, Fundamental included an eight-song Fundamentalism bonus disc. The bonus disc for the Fundamental reissue, consisting of 22 previously unreleased songs from 2005 to 2007, only includes a few songs from Fundamentalism (the Elton John duet on “In Private” has been scuttled to the expanded Release reissue). 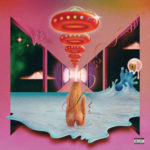 It’s unfortunate what bisexual pop star Kesha had to go through regarding her legal battle with music-Svengali Dr. Luke. At the end of the day, however, she has emerged a better, more mature and original artist than she was while under his thumb. Her new album Rainbow (RCA), which is as celebratory as it is serious, is a career high point. Anthemic and empowering numbers such as “Bastards,” “Let ’em Talk” (featuring Eagles of Death Metal), “Woman” (featuring The Dap-Kings Horns), “Hymn,” “Praying,” “Learn to Let Go,” and the title tune are good examples of making the personal universal, and many of her LGBTQ fans are sure to find something to relate to in her struggles. Kesha even unleashes her inner cowgirl on “Boots,” “Hunt You Down,” “Spaceship,” and “Old Flames (Can’t Hold a Candle to You),” a duet with Dolly Parton co-written by Kesha’s mother, Pebe Sebert. 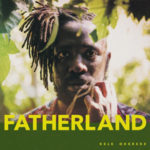 The Kele Okereke you hear on Fatherland (BMG/The End) isn’t just vastly different from the one you heard when he was the openly gay front man of art-punk band Bloc Party, but also (unlike the one you heard on his solo albums) 2010’s The Boxer and 2014’s Trick. First of all, he’s no longer a one-named artist. Gone are the synths and electronic beats, replaced by a more stripped-down approach. What you get is an honest-to-goodness organic singer/songwriter album with standouts including “You Keep on Whispering His Name,” “Streets Been Talkin’,” the flirty cabaret of “Capers,” the retro soul of “Do U Right,” the emotional “Savannah,” and the stunning “Portrait.” That’s Olly Alexander (gay front-man of Years & Years) joining Okereke on “Grounds for Resentment” and Grammy-winner Corinne Bailey Rae on “Versions of Us.” 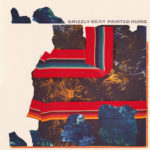 There may be some Grizzly Bear fans who will struggle with the more accessible (read: commercial) sound of Painted Ruins (RCA/Grizzly Bear Music), and that’s to be expected. Ever since openly gay front man Ed Droste released the first Grizzly Bear album Horn of Plenty as a solo artist (before being joined by band members Daniel Rossen, Christopher Bear, and Chris Taylor), there has been an ongoing evolution of sound from lo-fi to chamber pop—and even inclusion in TV ads, giving the band some of its greatest exposure. In a way, it makes sense that Grizzly Bear’s first album for a major label would have a more wide-reaching musical appeal (even if the lyrics remain somewhat obscure). “Mourning Sound,” “Three Rings,” “Aquarian,” and “Neighbors” could easily earn Grizzly Bear an even larger following. 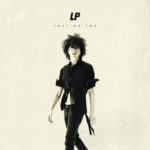 You may be familiar with LP as a performer of her own songs on albums including 2001’s Heart Shaped Scar, 2004’s Suburban Sprawl and Alcohol, or 2014’s Forever for Now. Or you may recognize her as Laura Pergolizzi, songwriter for other artists including Christina Aguilera and Rihanna. Either way, you don’t want to miss her fourth full-length album Lost on You (Vagrant/BMG). Aside from opening with “Muddy Waters,” featured in the devastating season-four finale of Orange Is the New Black, it’s easy to understand why LP chose to record these songs herself rather than share them with others. She raises the roof with the stomping “No Witness,” explores her inner dance diva on “When We’re High” and “Up Against Me,” cuts deep on the emotional “Switchblade,” and deserves to have her own hits with songs including “Death Valley,” “Strange,” and “Other People.” 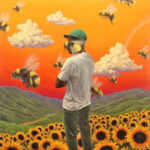 To this day, there are at least two musical genres—jazz and hip-hop—in which LGBTQ artists are still firmly in the minority. To be fair, that is changing rapidly, thanks to artists such as Gary Burton, Patricia Barber, Lea DeLaria, and Andy Bey in jazz, and Frank Ocean, Thee Satisfaction, and Big Freedia in hip-hop. We can now add out performer Tyler, the Creator to the queer-rapper roster, especially due to the frankness of his buzzworthy new album Scum F–k Flower Boy (Columbia). The most cited line, “I been kissing white boys since 2004” from “I Ain’t Got Time!” is especially notable, given that just a few years ago Tyler was considered homophobic due to the number of slurs he spat out on his 2011 debut disc Goblin. Similarly, “Garden Shed,” with its references to “hiding” and a “garden shed for the garçons/and feelings that I was guarding,” is making an unexpected but welcome statement. Of course, time will tell how the hip-hop world will respond and the impact it will have on Tyler’s future creations. 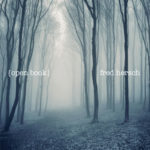 Gay pianist and composer Fred Hersch’s new album has the fitting title Open Book (Palmetto), as it is being released at the same time as his memoir Good Things Happen Slowly. Four of the seven tracks feature Hersch’s piano interpretations of the Benny Golson classic “Whisper Not,” Antonio Carlos Jobim’s “Zingaro,” Thelonious Monk’s “Eronel,” and even Billy Joel’s “And So It Goes,” which rounds out the disc. The original compositions include “The Orb,” “Plainsong,” and the album’s epic centerpiece, “Through the Forest,” which clocks in at almost 20 minutes. 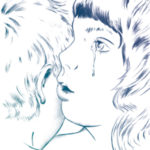 In a departure from their previous dance-based music, Hercules & Love Affair has released the political album Omnion, shifting toward a “re-immersion in the wider world.” Featuring collaborations with other artists, “Rejoice” is about an encounter with a gender-nonconformist, “Are You Still Certain?” touches on the terrorist attacks in Paris and Beirut, and “Fools Wear Crown” is leading man Andy Butler’s “attempt to make amends” after his years as a drug addict. “Not everything has to be so serious,” Butler says, “but this Hercules record is.” More: herculesandloveaffair.net.—Josh Inocéncio 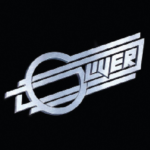 With an eclectic musical palate, the electronic duo Oliver—Oliver Goldstein and Vaughn Oliver—have released their titular album that combats the isolation of the digital age. Based in Los Angeles, they have played at “massive shows and gritty clubs” all over the world, putting “humans of all kinds into states of aural euphoria.” Combining their experience with drums, keyboard, guitar, piano, as well as computer programming and engineering, they’ve created an array of diverse music tracks that tap into pop, hip-hop, electro, and R&B. Interscope Records (interscope.com). —Josh Inocéncio