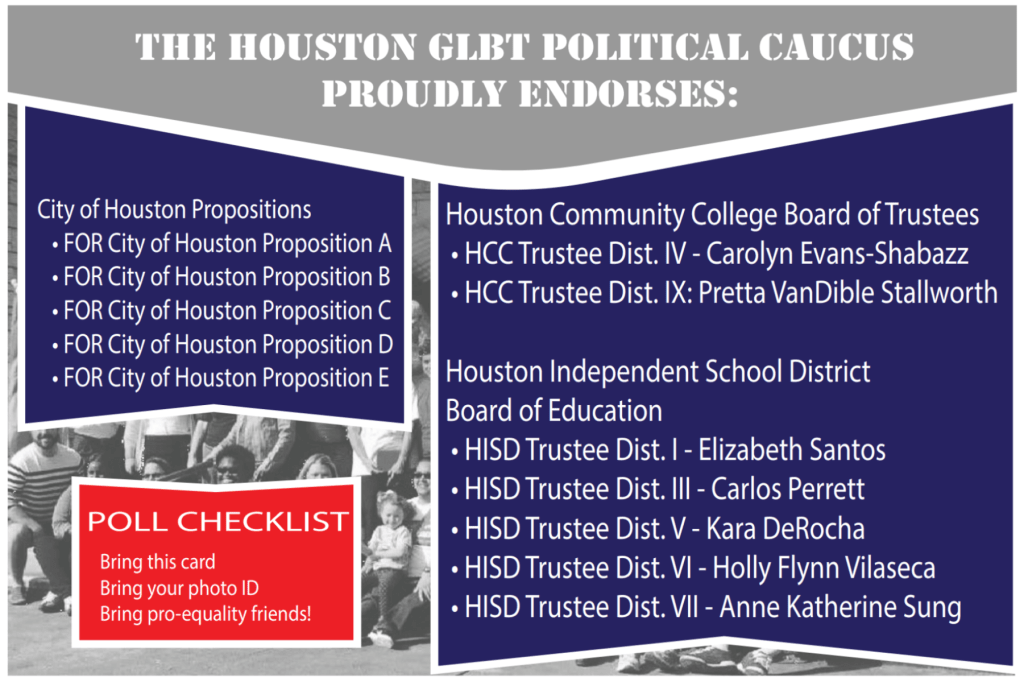 The Houston GLBT Political Caucus is recommending “For” votes on city propositions A through E, which are all bond measures. (The sixth proposition, F, relates to alcohol sales in the Heights.) The Caucus has also endorsed five HISD candidates and two HCC candidates.

The caucus will host a meet-and-greet for endorsed candidates from 6 p.m. to 9 p.m. on Wednesday, Oct. 25 at Guava Lamp, as well as a phone bank at 2 p.m. Saturday, Oct. 28 at caucus offices. To sign up for the phone bank, email [email protected]. To sign up to distribute the caucus’ endorsement card at polling locations, go here.

Early voting runs through Nov. 3. For a list of polling locations and times, go here.

The Texas Secretary of State’s office has information on what to bring to the voting booth, and a pointer on voter ID for Hurricane Harvey evacuees.