Filipino director Ivan Andrew Payawal taps into the drama of pandemic living with irreverence and innocent ambition with Gameboys: The Movie, a big-screen takeoff of his beloved web series.

Gameboys, the series, began in 2020 at the start of the quarantine in Luzon, Philippines. Cairo Lazaro (Elijah Canlas) is a popular live-stream gamer with a significant online following, while Gavreel Mendoza Alarcon (Kokoy de Santos) is a fellow gamer and smitten admirer who does his best to pursue Cairo via a series of online flirtations.

Of course, there is a pandemic raging and the Luzon quarantine becomes a near-total lockdown, one of the strictest in the country.

The movie picks up a year later as Luzon is still under quarantine, but with less-strict measures. Gavreel invites Cairo to spend some time with him at his home while his parents are away, and all kinds of emotional crescendos commence.

A measure of familiarity with the web series is needed to properly appreciate the cast of unwieldy supporting characters and their vast wellspring of teenage troubles. There’s Terrence, Gavreel’s handsome ex-boyfriend, and Pearl, Gavreel’s ostentatious ex-girlfriend-turned-best-friend. There’s also Achilles de Dios, a former paramour of Terrence who is now friend-zoned; and Wesley Torres, who is a childhood friend of Cairo and now Terrence’s reticent boyfriend. All of these characters eventually find themselves in one room as Gavreel orchestrates a sleepover of the messiest proportions. 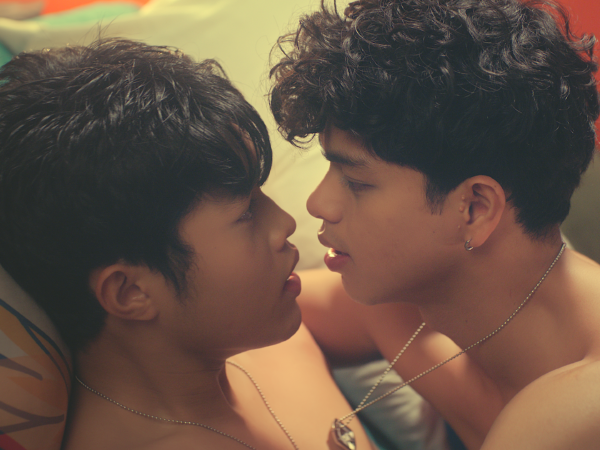 And then there’s the pesky, homophobic Aunt Myra, played unrelentingly by Susan Africa. She gets our vote for best-in-show—the strongest character in a script that lacks nuance. Far from lovable, Aunt Myra is, however, hard to hate. (Is it fair to hate a woman who is the product of a past era, whose acknowledgment of the possibility of gay love would shatter the very foundation of her existence?)

Payawal is right here, too. Navigating a queer existence also means figuring out how to make room for the people who love us, but not the love that we have to offer.

At times, it seems that for the sake of creating a more meaningful and thoughtful script, the supporting characters could have been relegated to the social-media screens that defined the web series. We’re really here for Cairo and Gavreel, whose unfolding in-person romance is a joy to watch.

Elijah Canlas and Kokoy de Santos make for compelling leads as their characters tread new water. No longer confined to computer screens, we can see their personalities pop now that they’re face-to-face.

De Santos’ Gavreel is the more magnetic of the two—the charmer, the flirt, the one eager to get things going. Canlas’ Cairo is more reserved, more unsure of his emotional landscape. Their chemistry is sugary sweet, yet buffeted by the tension of the looming pandemic.

There’s a scene where all of the conflicts bubbling in Gavreel’s network of friends come to a head right in front of him. He can’t handle it, and has a breakdown of teenage proportions. It has always been tough being an adolescent, but the COVID health crisis has wreaked unprecedented havoc on the young psyche.

For those who are not die-hard fans of the web series (and who probably won’t follow the characters past this iteration), Gameboys: The Movie may feel like a trifle, but Payawal scores high marks for constructing an entertainment that speaks to this bizarre time and place.

Gameboys: The Movie is a sunny respite from what has become, for many, a bleak reality. It doesn’t have much cinematic weight, but it’s a nice addition to the Boy Love tradition of Asian entertainment—a genre that’s still in its early stages in American pop culture.

Gameboys: The Movie is available September 13 on digital platforms and September 20 on DVD. 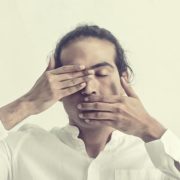 A full-time member of the English department at Houston Community College, Adam Castan͂eda is a freelance writer who focuses on arts, entertainment, and fitness.