Theatre Under the Stars presents Ain’t Misbehavin’ , a tribute to the music of Fats Waller, a Grammy Hall of Fame jazz musician. Waller’s innovations in Harlem stride style piano laid the groundwork for modern jazz pianists, and the Black artists of the Harlem Renaissance.

David LaMarr, who plays the role originated by André De Shields, explains that the cast goes by their own names in the show, which is full of music, dance, and ad libs.

“Our director is dropping [the names of the original performers and really just making it about us as people, so I’m not André, I’m David,” LaMarr says. “André is a male identifying character, and I think I bring a different element [to the show], because I don’t necessarily identify as male. My pronouns are he/she/they.”

According to LaMarr, director Monique Midgette has encouraged the cast to bring themselves to the table and find themselves in the characters. From wearing an earring in the show, which  is not typical, to the styling their hair, LaMarr has been able to create a character unique to this performance of the role, who they describe as “the person that you would call to have a great time” and “a little bit sassy, hardly classy.”

“The freedom of expression has allowed me to find the movement and the music in my own body as opposed to, ‘Oh, I have to do what Andre did,’” LaMarr says. “My director encourages us to just bring ourselves to the table, which that alone is different. A lot of other directors come in, and it’s very cookie cutter… But our director Monique has really stopped and asked us, ‘What do you think this character is? What can you bring to it? It’s just been a very special, unique process.”

When audiences come to see the show, LaMarr says that they can expect something on a “massive scale” with the large venue. “It’s the way that only TUTS knows how to do things. It’s just very extravagant. It’s big. It’s just a party,” they say. The production is set in a club and, which according to them, is, “bursting with life.”

This isn’t the first time that LaMarr has performed in Ain’t Misbehavin’ — it’s their third production of the show after performing in the show in both San Diego and North Carolina. They say that they’re excited to introduce the production to the Houston community, which features a Black cast, orchestra, and creative team.

“I truly, truly love being in a Black show,” LaMarr says. “I think Houston is ready for that. They’re giving out [seats to watch the performance on the stage] to folks who wouldn’t otherwise be able to afford a show like this. Those are mostly inner city kids and adults who don’t really go to shows often. It’s for them as much as it is for the season subscribers who come in and see all the shows. I want to perform this show for audiences who look like me. I want to be able to connect with them and say, ‘We’re beautiful, our voices matter.’”

In comparison to shows that LaMarr has done with predominantly white casts, they say that Ain’t Misbehavin’ has been a particularly rewarding experience because of how the production elevates and centers Black artists. “We really need to support Black artists, Black voices, and celebrate what we’re doing … this show celebrates Black music, Black culture, Black bodies, Black voices, and that is incredible.”

Moving forward, they hope other theaters follow in TUTS’s footsteps.

“I hope that more theaters produce shows like this, and don’t just produce it for the money. Produce it and bring in the necessary talent — I love that it’s a Black creative team,”  they say. “I haven’t worked in this environment in a long time, and so I feel very, very safe. I feel at home. We really need to start producing more Black pieces, celebrating Black voices and Black culture, because it’s beautiful. And when you put us on stage with each other, it’s incredible.” 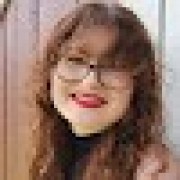