A typical response to the topical musical Next to Normal is to hum the music while thinking intently about the content, says out theater veteran John Lazo. “It’s both entertaining and edifying,” explains Lazo, previewing this month’s run of the Tony- and Pulitzer Prize-winning show by Standing Room Only Productions (SRO) at Obsidian Art Space in the Heights. “The story is riveting, and the score is soaring.”

Next to Normal is about a suburban housewife’s battle against bipolar disorder and depression, and the devastating effect it has on her family. “I think it will be of particular interest to the LGBT community,” says Lazo, who lives in Spring. “We certainly deal with our share of mental illness, substance abuse, and suicide. All hit the LGBT community—disproportionately, I think. I don’t know statistics, but from my life experience, I would say it hits us right between the eyes. The effects are devastating on any family, of any composition,” he adds.

As SRO’s associate producer, Lazo handles the business side of each production, which this season began with an original show, Feeling Alright, followed by The Great American Trailer Park Musical and Young Frankenstein The Musical.

Next to Normal concludes Lazo’s fourth season at SRO. “The show itself is a rock musical, in the lineage of Rent and Andrew Lloyd Weber’s Evita and Jesus Christ Superstar,” says Lazo, promising that SRO doesn’t shy away from the volume and intensity of the show’s 2009 Broadway production. While some theaters “soften” the score for their audiences, Lazo explains, “SRO is going to have that rock element, with the electric guitar. We are going to rock out.”

For example, the character of Dr. Fine, whose patient sees him as a rock god, is no Donny Osmond, says Lazo. “Zach Braver has the vocal range for the role. He has the Jimi Hendrix squeal.”

Rachel Landon plays Diana, a role for which Alice Ripley won a Tony Award for Best Performance by a Leading Actress in a Musical. The cast also features Brad Zimmerman as Dan, Tyler Galindo and Derrien Kellum as the couple’s children, and Michael Chiavone as their daughter’s boyfriend.

Nominated for 11 Tonys, including Best Musical in 2009, Next to Normal tied Billy Elliot the Musical for Best Orchestrations and won the Tony for Best Original Score for Tom Kitt’s music and Brian Yorkey’s lyrics. The following spring, it was awarded the Pulitzer Prize for drama, becoming just the eighth musical to achieve that distinction, following Rent in 1996.

Lazo says that while SRO chose to produce Next to Normal for its story and score, it’s seizing the
opportunity to work with Houston’s mental health community to raise awareness of bipolar disorder, schizophrenia, and other mental illnesses, and to encourage those who are suffering to seek treatment.

On opening night, SRO co-hosts a fundraiser for the National Association for the Mentally Ill (NAMI), says Lazo. “As well, we will be working with local mental health providers to show how the performing arts can not only entertain, but also help the community in real ways.” For example, a representative from Optum Health joins the cast in two audience talkbacks.

In addition to serving as SRO’s associate producer, Lazo hosts Houston Theatre Beat, a monthly public access show that spotlights the local theatrical community. It can be viewed on Comcast’s Channel 17 and AT&T U-verse’s Channel 99.

Donalevan Maines also writes about the Golden Globe and SAG awards in this issue of OutSmart magazine. 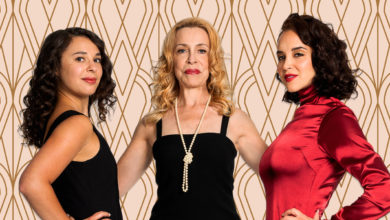 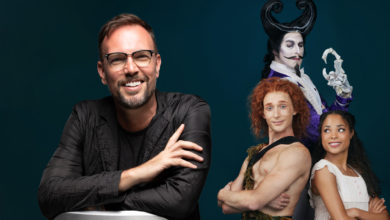