As cuisine-centered cinema goes, this motion picture dish is delish. It has the familial affection and conflict of Eat Drink Man Woman; the sensuality of Like Water for Chocolate; the quirky characters of Tampopo; and the high-stakes cooking competition-cum-drama of Iron Chef. But what this cinematic samosa also brings to the table are three distinctive ingredients. One, the film is set in the Indian community of Glasgow, Scotland (South Asians with Scottish accents can be hilarious — at least for the first 20 minutes — to American eyes and ears). Two, there are touching moments when Nina’s recently deceased father, who appears from time to time, unseen to all but the film audience, looks upon his daughter with pride and acceptance. And, moreover, three, the forbidden lesbian love Nina feels for her friend and kitchen accomplice, Lisa. • 2006. Co-written and directed by Pratibha Parmar. • From Genius Products, Inc. (www.geniusproducts.com). — Review: Eric A.T. Dieckman

Running Deep
Loss is never easy and always painful. After the death of his wife, a man struggles to overcome the heartache of her departure, while trying to reconnect with his two sons. • 2007. Co-written and directed by Mark Kokkoros. • From Ariztical Entertainment (www.ariztical.com). — Preview: Eric A.T. Dieckman

Looking for Cheyenne
Cheyenne is a Parisian journalist who has just been cut off from her welfare payments. Upon deciding to leave for the countryside to lead a simplified life, Cheyenne must also deal with the rejection of her partner, Sonia, who refuses to leave her modern life behind. How do you leave the one you love? • 2005. Co-written and directed by Valérie Minetto. French with English subtitles. • From Genius Products, Inc. (www.geniusproducts.com). — Preview: Eric A.T. Dieckman

Set in hip, progressive London, cartoonist Sasha (writer/director Lisa Gornick) and her partner Maya feel their biological clocks ticking. Will they hit the snooze button? As they debate the topic and shop for possible donors, the couple encounters other wannabe mums and the many challenges of gay parenthood. • 2007. Written and directed by Lisa Gornick. • From Wolfe Video (www.WolfeVideo.com). — Preview: Eric A.T. Dieckman

Bonnie and Clyde
Did you know the real Clyde (Clyde Barrow) of the infamous crime duo was purported to be bi? There’s a good bit of evidence that not only was he bisexual, but that some members of the Barrow gang may have also hit a 3 on the Kinsey scale. Although actor Warren Beatty was willing to play Clyde as bi, the portrayal of the character’s sexuality was jettisoned in pre-production. Instead, the director talked him into playing the original gangsta as impotent. • 1967. Directed by Arthur Penn. • From Warner Home Video (www.warnervideo.com). — Preview: Eric A.T. Dieckman

Forbidden Hollywood Collection, Volume 2
Hardcore classic movie addicts can thank TCM Archives for Forbidden Hollywood, Volume 2, a three-disc wallow in those raw and racy films made before the Production Code was enforced in 1934. This edition includes The Divorcee, A Free Soul, Three on a Match, Female, and Night Nurse, all released between 1930 and 1933, and featuring such stars as Norma Shearer, Bette Davis, Barbara Stanwyck, and Clark Gable. We also get the new featurette Thou Shalt Not: Sex, Sin and Censorship in Pre-Code Hollywood, a fascinating look at the sin, vice, corruption, and, yes, sexual perversion, moviegoers enjoyed before censorship bared its lethal fangs. Warner Home Video (www.warnerbros.com). — Review: Jack Varsi

The Joan Crawford Collection, Volume 2
Volume 2, in stores now, doesn’t quite soar to the heights (depths?) of Volume 1, but it does resurrect Sadie McKee (1934), Strange Cargo (1940), A Woman’s Face (1941), Flamingo Road (1949), and Torch Song (1953). All of these, of course, are highly recommended, but for something really different you might want to begin with Strange Cargo, Crawford’s eighth and final film with Clark Gable. In this one a truly odd assortment of characters escape into the deadly jungle surrounding a French penal colony. One of the fugitives is Jesus. No kidding! Warner Home Video (www.warnerbros.com). — Review: Jack Varsi

TV DVD
The Love Boat, Season One, Volume One
LaWanda Page, Kristy McNichol, Robert Reed, Charo, Jim Nabors, Tab Hunter, Milton Berle, Eva Gabor, Dick Sargent, Will Geer, and many, many more gay and gayish icons were passengers on ABC’s The Love Boat in just 12 episodes of the first year. Since Captain Stubing and the gang sailed 10 full seasons, expect this three-disc release to be just the beginning of a collection that’s gayer than an RSVP cruise. CBS DVD (www.paramount.com/homeentertainment). — Preview: Nancy Ford 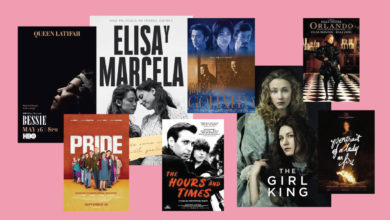 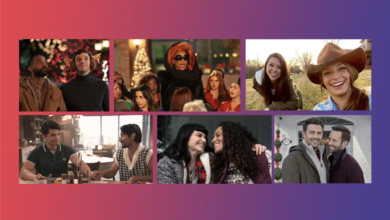