But are you certain you’re right?

Sometimes in life, we think we know something, but we later find out our previous beliefs were incorrect. For instance, a fourth-grade friend of mine believed that a woman inserted a tampon by swallowing it, and that the tampon simply made its way through the body to its ultimate destination. I don’t know how she got that idea, but you can imagine her embarrassment when she later learned the actual (and much more direct) method!

Inaccurate viewpoints are not always the product of an active childhood imagination. Sometimes our false beliefs are the result of outdated scientific thinking or conventional wisdom. Take Pluto, for example.

Throughout my childhood and adolescence, I greatly enjoyed stargazing. I spent hours with my telescope and star charts scanning the nighttime skies for celestial objects. In school, we studied rockets, the space program, and our solar system. As part of my education, I learned that Pluto was a planet, and I was certain of that fact for most of my life. Then in 2006, the International Astronomical Union decided that Pluto didn’t quite meet the criteria for a planet, and was instead a “dwarf planet.”

There are other examples of updated research changing our views. My planetary discussion provides a natural segue to next focus on your anus (get it? Uranus!) and examine some things we used to think we knew regarding HIV and safer sex.

In the very early days of the HIV epidemic, oral sex was thought of, and even marketed, as safe sex. The idea at the time was that unprotected anal penetration was required for sexual transmission of HIV. I’m sure many gay men engaged in unprotected oral sex, feeling safe in the knowledge that they were not at risk for HIV infection. Sadly, I’m also sure a few of them were infected due to that false belief. Later on, during the 1990s, scientific literature and safer-sex education began to relay the more accurate message that oral sex is not safe sex.

Other cases of misinformation abound. In the mid- to late-1990s, I was employed as an HIV educator at the Montrose Counseling Center. I was trained through a much-respected program at the American Red Cross, and my training was regularly augmented through attendance at conferences and reviews of journal articles. As part of my job, I traveled all over Houston and southeast Texas doing HIV and safer-sex presentations. During that time, I educated persons in prisons and juvenile detention facilities, residents at assisted living and inpatient drug and alcohol treatment centers, students in high schools and universities, and members of churches and community groups.

In many of those presentations, I disseminated information about the benefits of using condoms lubricated with nonoxynol-9, a spermicide. The idea at the time was that nonoxynol-9, which killed sperm and had been shown to kill HIV in laboratory settings, offered added protection against HIV infection.

That way of thinking changed drastically on June 25, 2002, when the World Health Organization issued a statement that unequivocally communicated their findings that nonoxynol-9 did not protect against infection with HIV. More disturbingly, the report went on to state that “there is evidence that nonoxynol-9 may cause harm by increasing the frequency of genital lesions.” That meant the use of the spermicide may have actually increased one’s chances of becoming infected if exposed to HIV. Chilling.

More research into the effect of lubricants on HIV transmission is desperately needed. In the meantime, however, please consider using one of the safer lubricants along with a latex condom.

And be sure to stay abreast of the latest studies. You just never know when the rules are going to change. 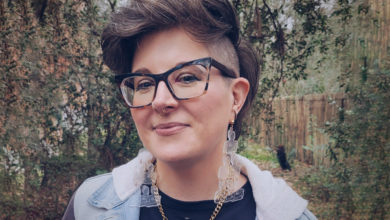 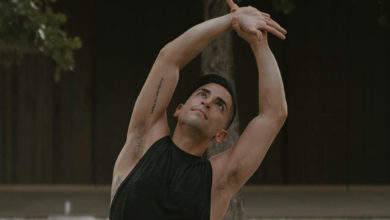