But there is still time to act
by Grace S. Yung

Even middle-income-earning households are not left out of these tax hikes. For those who earn between approximately $40,000 and $60,000 per year, taxes will also increase to the tune of roughly $2,000 per year.

As 2013 approaches, income tax isn’t the only thing set to go up. Beginning next year, the tax rate on long-term capital gains—i.e., the gain on the sale of certain assets that have been held for longer than one year—will increase to 20 percent. (These gains will be taxed at a rate of 10 percent for those who are in the 15 percent income tax bracket.)

Added to this, capital gains income could also be subject to an additional Medicare tax of 3.8 percent for those taxpayers who have adjusted gross incomes of over $200,000 and file individually. This is a new tax on income that is received via investment dividends and interest, as well as from rental income, annuities, and royalties. It is similar to the combined employer and employee tax rate on one’s earned income.

Adding fuel to the fire, when selling one’s home, any amount of profit that exceeds the IRS exclusion will be classified as a capital gain. Therefore, even those who sell their primary residence in 2013 may be subject to this 3.8 percent “unearned” income tax on the gain that is obtained from such a sale (depending on the taxpayer’s annual adjusted income, as well as the sale amount that exceeds the IRS exclusion).

In addition to income and capital gains taxes, individuals may still be liable for estate taxation—depending on the value of their overall estate at the time of death. Over the past several years, the estate tax, which is often referred to as the “death tax,” had been declining, and in 2010, it disappeared altogether—at least temporarily.

While the 2001 Bush tax cuts were extended under President Obama, as of January 1, 2013, the estate tax may go as high as 55 percent, and the exclusion amount will drop to only $1 million, down $4 million from where it currently stands.

This is not good news for business owners and wealthy individuals. And, for those in the LGBT community who already must plan around being excluded from tax breaks such as the unlimited marital deduction, this will likely mean being further penalized by Uncle Sam.

Defining the Transfer of Assets

There are many tax advantages that are available to legally married spouses that are not available to domestic partners. One of the most advantageous of these is the unlimited marital deduction. This provision allows one spouse to transfer an indefinite amount of assets tax-free to his or her spouse at any time, during life and/or at death.

The 1996 Defense of Marriage Act defines a married couple as being partners of the opposite sex. Therefore, unlike legally married heterosexual couples who may transfer an unlimited amount of assets tax-free to a spouse, those in the LGBT community must find alternate estate planning routes to help in reducing their estate tax obligations.

Many turn to life insurance policy death benefits in order to pay estate taxes. Yet, without proper planning, such benefits may also be actually included in a decedent’s estate, resulting in an even larger taxable amount.

However, the death benefits that are paid under life insurance policies that are owned by an irrevocable life insurance trust, or ILIT, may essentially be loaned to the insured’s estate in order to pay estate taxes, or they can also be used to purchase illiquid assets from the estate, thus providing cash for the payment of the estate taxes that are due.

In any case, one great benefit of using an ILIT for LGBT estate planning is that the liquidity goal can be accomplished without the need to include the insurance proceeds in the estate value calculation of the insured.

When it comes to the avoidance of the additional capital gains tax that investors may be subject to, it could make sense to sell those assets that have a significant amount of gain before December 31, 2012. In some cases, this could end up saving investors a great deal in additional tax liability, resulting in a larger overall net.

While there is still time remaining in 2012, some in the LGBT community may benefit from booking investment losses prior to December 31 in order to offset potential gains going forward. Likewise, those investors with gains now may want to consider taking those during 2012, while they may still do so at a lower tax rate.

All situations will call for an overall plan that uniquely fits with an individual’s or couple’s specific goals. Therefore, in order to best prepare for your financial needs, all planning should be done through a qualified professional who is well-versed in these types of issues. To help ensure the outcome that you desire, it is best to have an accountant or CPA, as well as your financial professional, working together to pursue the very best results. 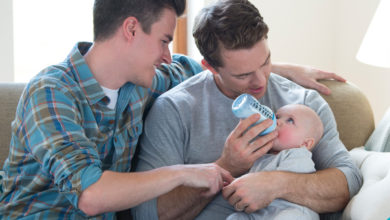