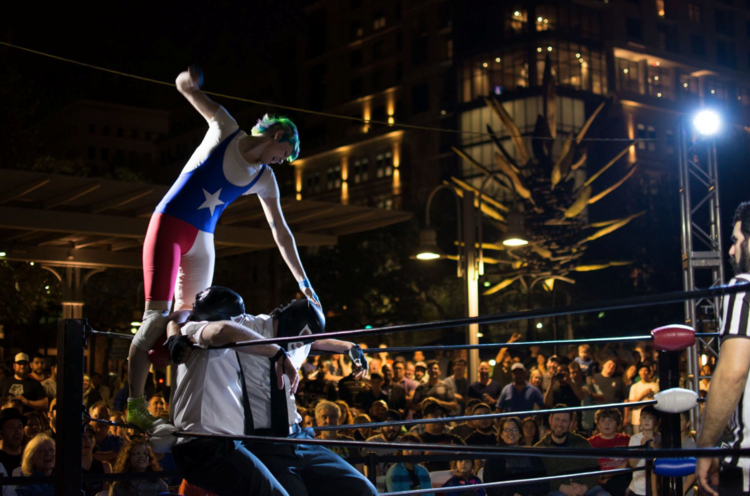 In conjunction with the Houston Residency Artist Program, artist Phillip Pyle, II is honoring Veterans with the recreation of a 1944 wrestling match with a modern twist. Houston is home to one of the largest populations of military service members and families, highlighting why the Houston Office of Veteran Affairs chose Third Ward as the area for community engagement for this event.

Third Ward Veterans Appreciation Day (TWVAD) will begin with the first of three matches at 1:00 p.m. in Emancipation Park. Wrestling is provided by Doomsday Wrestling with music by Nameless Sound.

This initiative is supported by Project Row Houses through the Strategic Art Plan, generously funded by Houston Endowment. Pyle’s residency with the Mayor’s Office of Cultural Affairs is funded through a grant from the National Endowment for the Arts. To learn more about Third Ward Veteran Appreciation Day, please visit the Project Row Houses website.