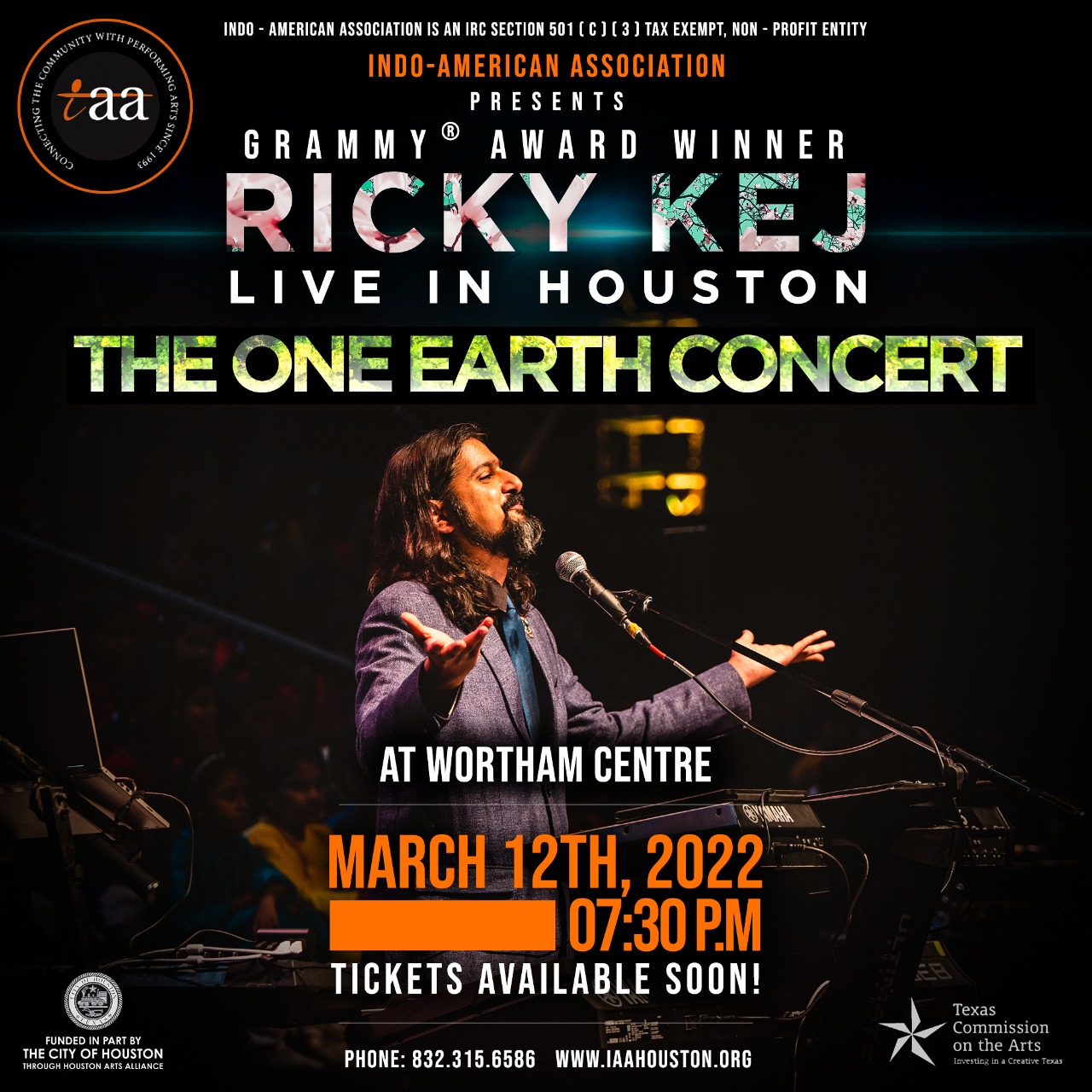 On Saturday, March 12, 2022, world-renowned Indian music composer and environmentalist Ricky Kej will perform his global ‘One Earth Concert’ at the Wortham Theater Center to kick-off Houston’s Indo-American Association’s star-studded 2022 Performance Season. The Indo-American Association (IAA) is Houston’s longest-running arts organization with a mission to preserve and promote the performing arts of the Indian sub-continent – founded in 1993.

In 2015, Ricky Kej won a Grammy at the 57th Annual Grammy Awards for his album Winds of Samsara, which has propelled him to perform on stages around the globe, including more than 30 countries and the United Nations.

The ‘One Earth Concert’ with Grammy Award-winning music composer and environmentalist Ricky Kej will take place on Saturday, March 12, 2022 at 7:30 p.m. at the Wortham Theater Center. Ricky Kej will be accompanied by a World Ensemble including Grammy Nominee American artist, Lonnie Park as well as musician Keith Middleton of “Stomp”, from New York.