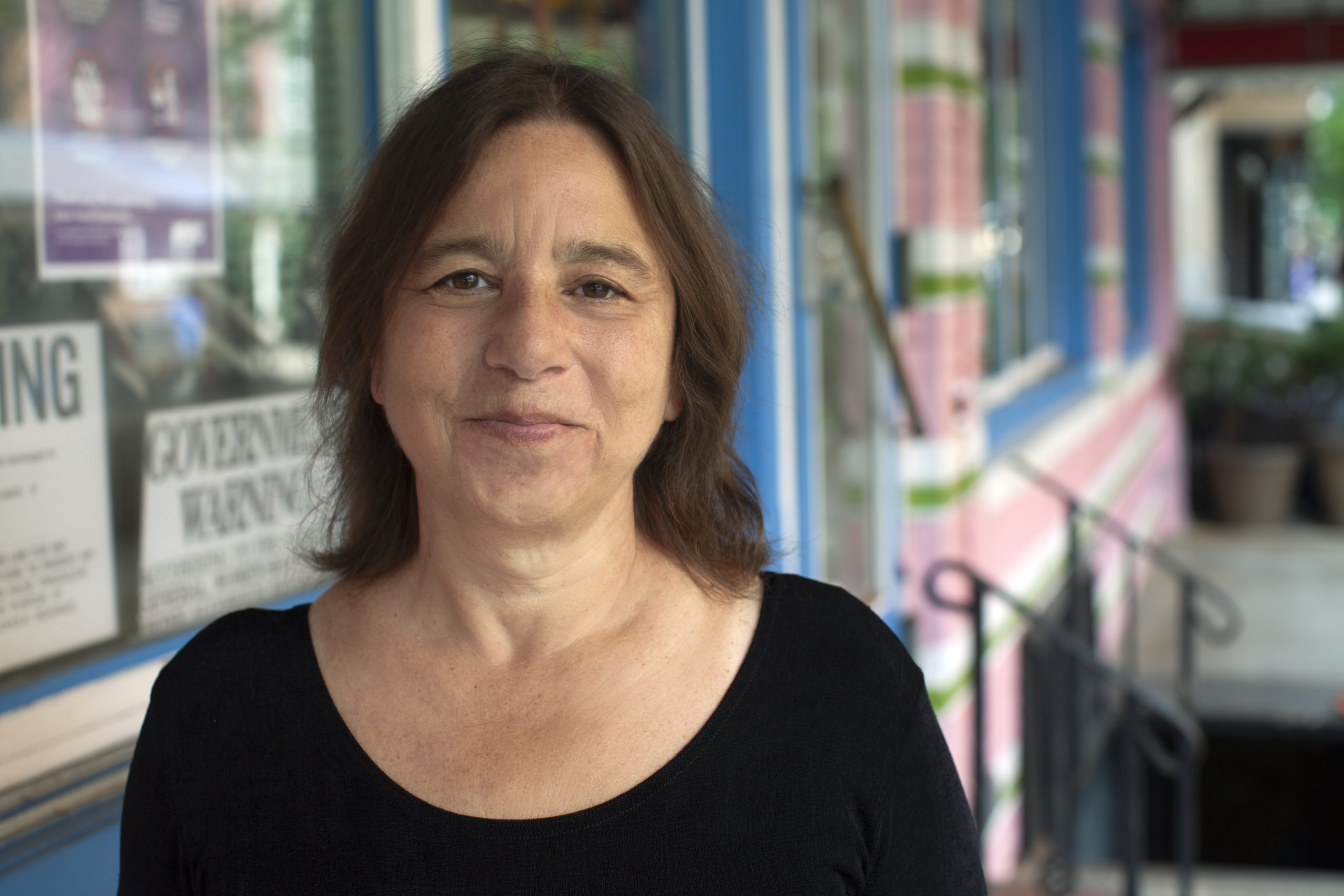 Join us on Tuesday, February 8, 2022 at 6:30 pm for a ZOOM conversation with author Sarah Schulman. Presented in conversation with SNMA Executive Director Hunter O’Hanian, Sarah will discuss his latest book, LET THE RECORD SHOW: A Political History of ACT UP, New York 1987-1993.

About Sarah Schulman
Sarah Schulman is a novelist, playwright, nonfiction writer, screenwriter and AIDS historian. She is the author of 20 books. Sarah is Distinguished Professor of English at the City University of New York, College of Staten Island and is on the Advisory Board of Jewish Voice for Peace. Her awards include a Fullbright in Judaic Studies, A Guggenheim in Playwrighting, New Foundation for the Arts Fellowships in Playwrighting and Fiction, 2 awards from the American Library Association in Fiction and Nonfiction, The Kessler Prize for Significant Contribution to LGBT Studies and the Publishing Triangle Whitehead Award for Lifetime Contribution to LGBT Literature. Sarah is also the co-producer with Jim Hubbard of UNITED IN ANGER: A History of ACT UP, a feature length documentary film.

Book Synopsis
Schulman’s 20th book LET THE RECORD SHOW: A Political History of ACT UP, New York 1987-1993 is the outcome of 38 years of AIDS reporting, as well as long form interviews with 188 surviving members of the AIDS Coalition to Unleash Power (available at actuporalhistory.org).