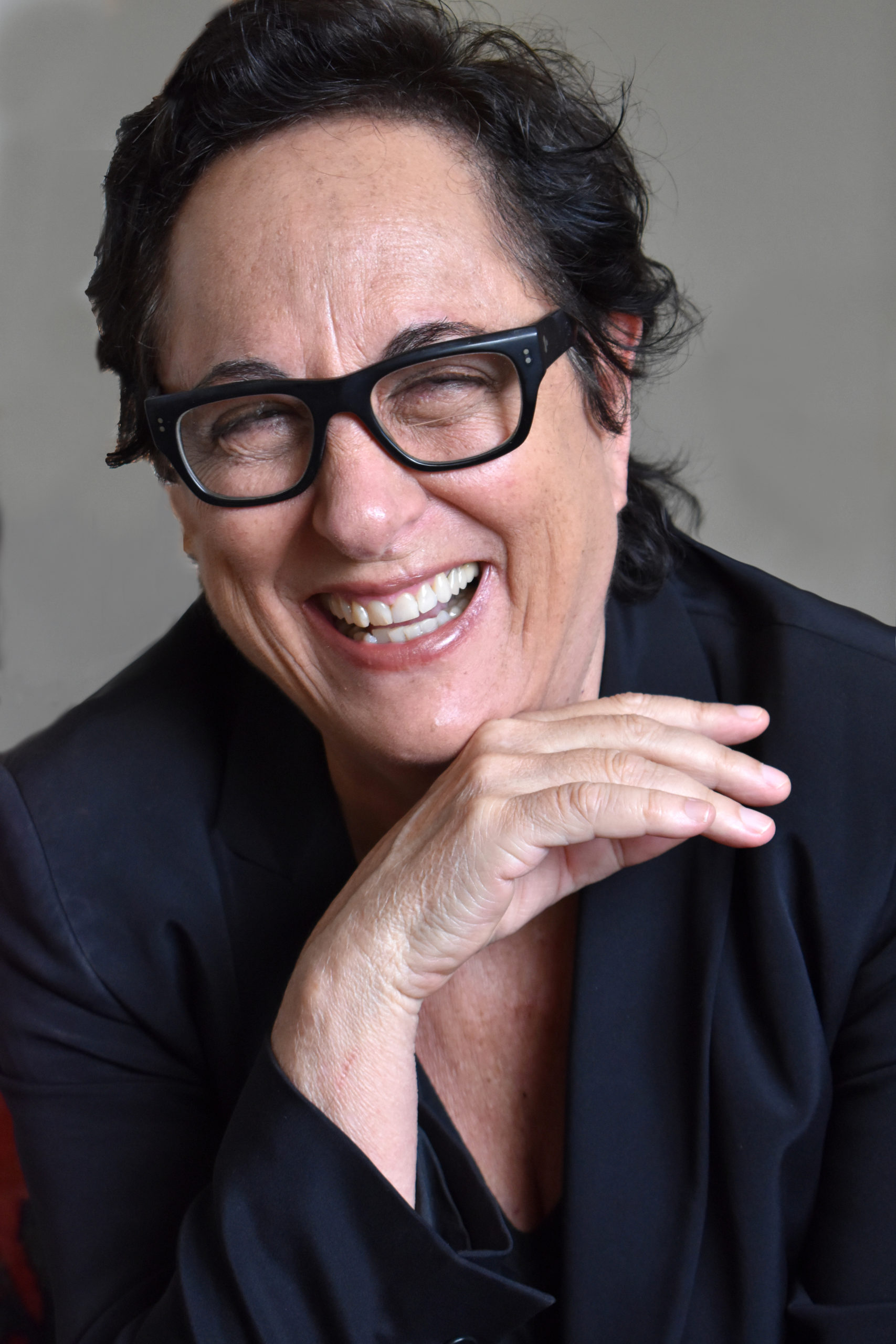 Join us on Wednesday, January 19, 2022 at 6:30 pm for a ZOOM conversation with author Leslie Cohen. Presented in conversation with SNMA Executive Director Hunter O’Hanian, Leslie will discuss her latest book, The Audacity of a Kiss.

Book Synopsis
Rendered in bronze, covered in white lacquer, two women sit together on a park bench in Greenwich Village. One of the women touches the thigh of her partner as they gaze into each other’s eyes. The two women are part of George Segal’s iconic sculpture “Gay Liberation,” but these powerful symbols were modeled on real people: Leslie Cohen and her partner (now wife) Beth Suskin.

In this evocative memoir, Cohen tells the story of a love that has lasted for over fifty years. Transporting the reader to the pivotal time when brave gay women and men carved out spaces where they could live and love freely, she recounts both her personal struggles and the accomplishments she achieved as part of New York’s gay and feminist communities. Foremost among these was her 1976 cofounding of the groundbreaking women’s nightclub Sahara, which played host to such luminaries as Betty Friedan, Gloria Steinem, Pat Benatar, Ntozake Shange, Rita Mae Brown, Adrienne Rich, Patti Smith, Bella Abzug, and Jane Fonda. The Audacity of a Kiss is a moving and inspiring tale of how love, art, and solidarity can overcome oppression.

About Leslie Cohen
Leslie Cohen is the author of the memoir The Audacity of a Kiss (Rutgers University Press 2021). She grew up in Queens, New York, and attended Buffalo State College and then Queens College, where she received her Master’s degree in Art History. She worked at Artforum magazine and as the curator of The New York Cultural Center in Manhattan.​

In 1976, she and Michele Florea, Barbara Russo, and Linda Goldfarb opened Sahara in New York City, a groundbreaking, elegant women’s nightclub which hosted, at different times, Pat Benatar, Betty Friedan, Gloria Steinem, Bella Abzug, Jane Fonda, Adrienne Rich, Patti Smith, and many others. After Sahara closed, she became a nightclub promoter and then went to New York University School of Law in 1989.​​ Leslie is also, along with her wife Beth, the model for the sculpture Gay Liberation by George Segal, which resides in Christopher Park in Greenwich Village, across from the Stonewall Inn. After years of controversy (it was created in 1979 to commemorate the Stonewall rebellion), it was finally unveiled in 1992. It has become an international icon for the LGBTQ+ community and part of the Stonewall National Monument, the United States’ first national monument designated an LGBTQ+ historic site.

She retired after many years at her own law firm in Miami. Leslie and Beth have been together for forty-five years and live in Miami Beach with their cat, Birdie.