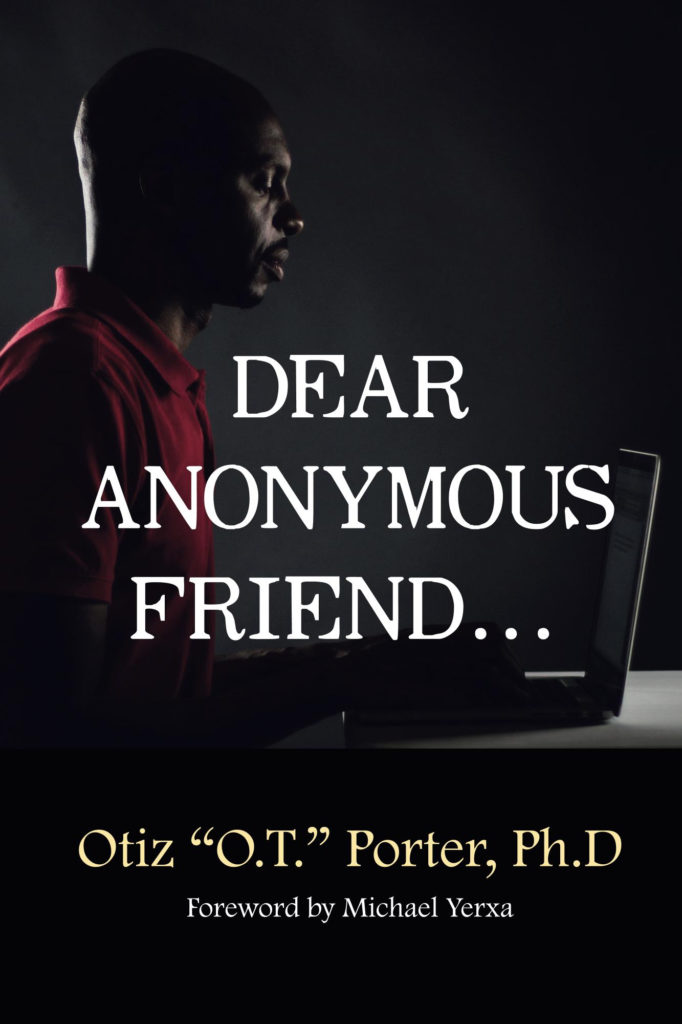 On January 5, 2010, just days after Otiz “O.T.” Porter came out, his mother was diagnosed with lung cancer.

“I cursed my gayness, and I blamed myself for my mother’s condition,” Porter recalls.

Porter, a Houston psychologist, recounts this and other experiences in his new book, Dear Anonymous Friend, an autobiographical look at the four-year period before and after Porter began living as an openly gay black man.

Porter will celebrate the release of his novel at Guava Lamp on Thursday, Nov. 16. He’ll sign copies of the book beginning at 6 p.m., before reading and discussing excerpts.

Porter moved from New Jersey to Houston in 2005 to be closer to his mother. After enrolling at the University of Houston In 2007, he started navigating LGBTQ life.

Copies of Dear Anonymous Friend will be for sale at Guava Lamp. They can also be purchased online. Guava Lamp’s weekly Will & Grace viewing party will follow Porter’s event 8 p.m.

Read more about Porter and his book in the December issue of OutSmart magazine.