An event every month that begins at 5:00 pm on day Fourth of the month, repeating until Wednesday, March 25, 2020 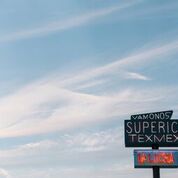 Superica is celebrating Houstonians love of bbq with a Texas Ta”que”ro takeover with local BBQ hotspots. Chef Bobby Matos is hosting local pit master’s from Roegels BBQ, Truth BBQ and Blood Bros BBQ who will create a specialty taco that will be added to Superica’s menu for one night only. 150 tacos will be prepared each night, available for $4 each.