Not A Day Goes By: A Tribute to Stephen Sondheim 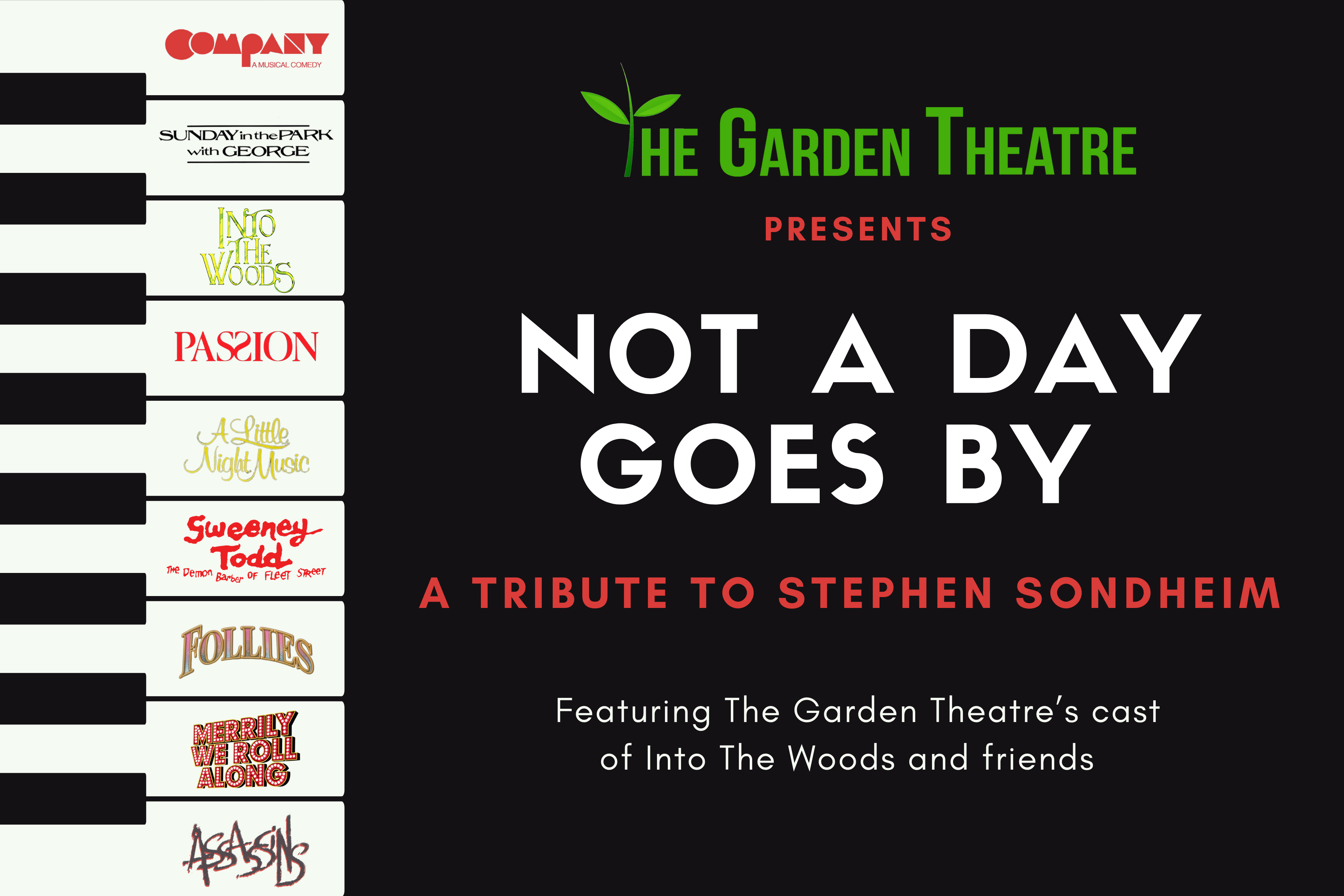 Not a Day Goes By reunites the Into The Woods cast (the last Houston cast of a Sondheim piece while he was living) along with select Houston vocalists for a one-night only engagement highlighting his work. The concert will span from Sondheim’s most popular shows to some of his less performed works including Passion, Merrily We Roll Along, and Follies, among others.

The Garden Theatre held its inaugural production, Into The Woods, in October 2021, just a month before Sondheim’s death at the age of 91. The local production was hailed by critics and audiences alike with BroadwayWorld calling it “charming,” the Houston Chronicle stating it had a “level of accessible fun,” and CultureMap and the Houston Chronicle naming it one of the top shows to see in Houston for the fall of 2021.

Stephen Sondheim passed away on November 26, 2021. He is considered the king of musical theatre, having changed the landscape with his visionary pieces that challenged how a musical can sound and be structured. Sondheim’s works span seven decades and includes the legendary West Side Story (with a score by Leonard Bernstein), Sweeney Todd, Into The Woods, Sunday In The Park With George, and Company and many more.