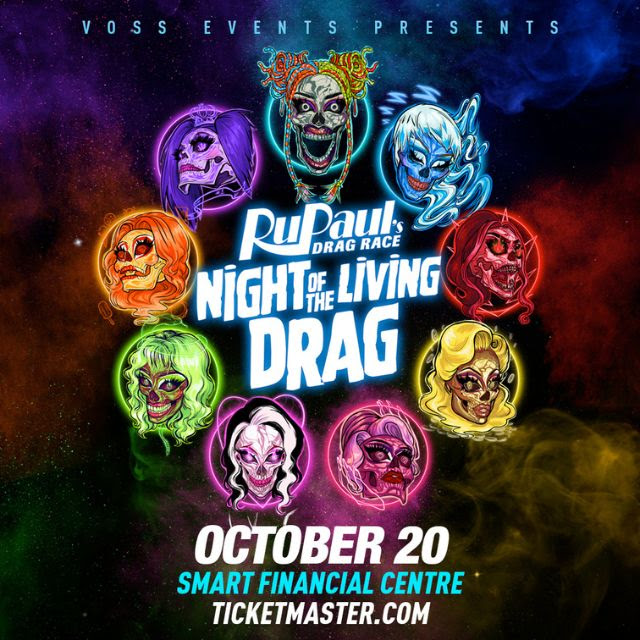 Coming to Smart Financial Centre at Sugar Land October 20th! Fresh off RuPaul’s Drag Race All Stars 7, Yvie Oddly stars as The Boogieman in RuPaul’s Drag Race Night of the Living Drag, an extravagantly produced live-stage production that draws inspiration from Dante’s Divine Comedy.
Joining Yvie Oddly in the annual Halloween spectacular will be a cast of sinful RuPaul’s Drag Race queens that have been summoned from the depths of the Boogieman’s fiery hell, including Aquaria the Sloth, Asia O’Hara the Envious, Bosco the Lustful, DeJa Skye the Greedy, Kim Chi the Glutton, Lady Camden the Proud, Rosé the Vain, and Vanessa Vanjie the Wrathful. Presented by Voss Events, in collaboration with World of Wonder.
“Prepare for chills and thrills in this year’s production of Night of the Living Drag,” promises Yvie Oddly. “As the ultimate queen of curiosities, I am excited to host a fierce and frightful exploration into all of world’s most wicked sins.”