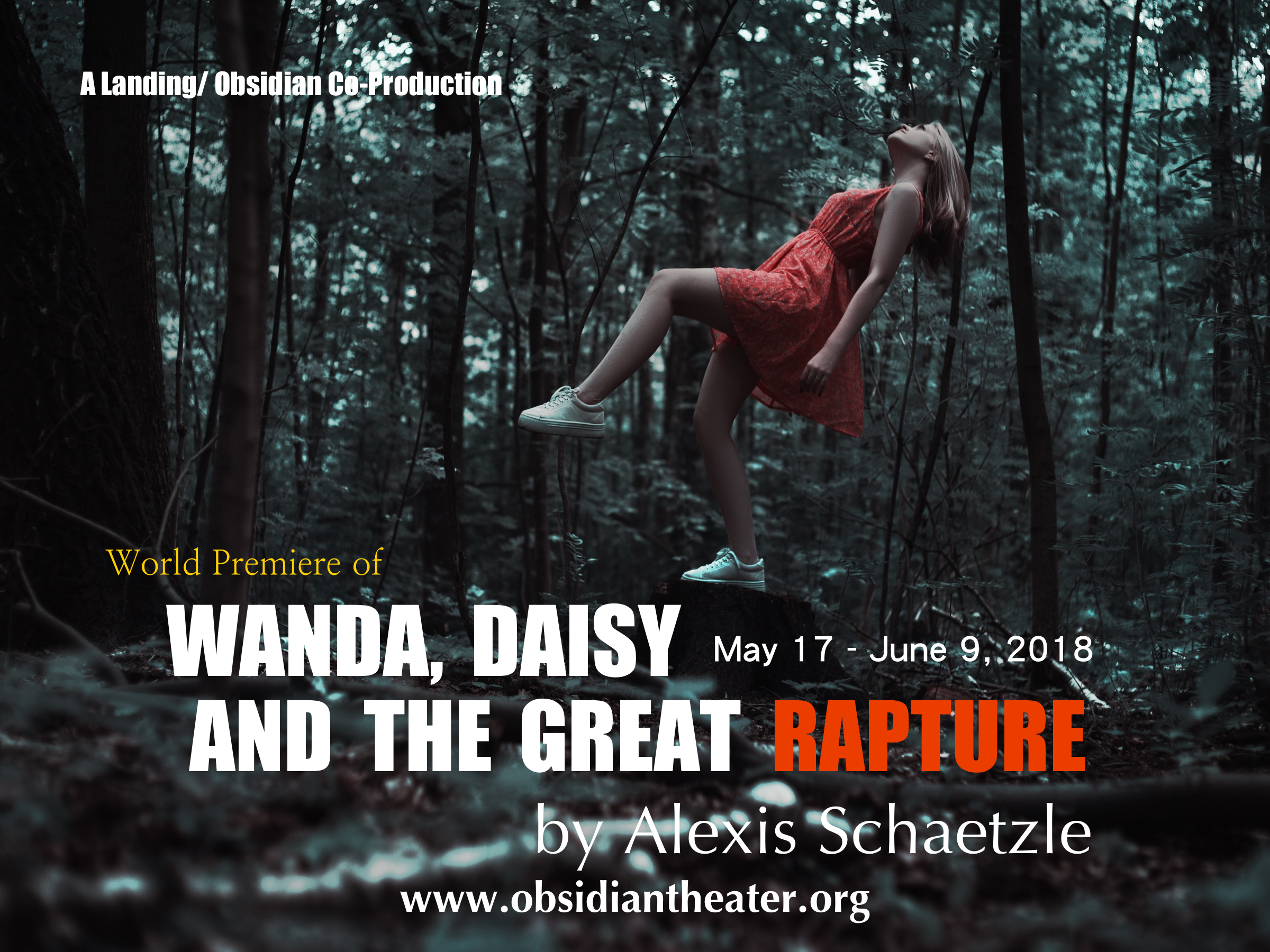 Come join The Landing Theatre Company and Obsidian Theater for their World Premiere, Co-Production of Wanda, Daisy & The Great Rapture on LGBTQ Night!

Originally presented in Houston at LTC’s 2017 New American Voices Play Reading Series, this new drama is a magical story about how we hold onto family, the past and ourselves while we seek better lives, and wait patiently as the Great Rapture hails us – or doesn’t. We are taken to a sticky hot summer in the swamplands of Pawley’s Island, South Carolina where step-sisters Wanda and Daisy struggle to get by as the people they love disappear. Wanda’s mother has recently died, Daisy’s father’s mysterious illness worsens, and his obsession with an impending rapture intensifies. Stuck between their trailer and the rest of the world, the girls dig through dark memories in hopes of finding the specs of life that will illuminate tomorrow.