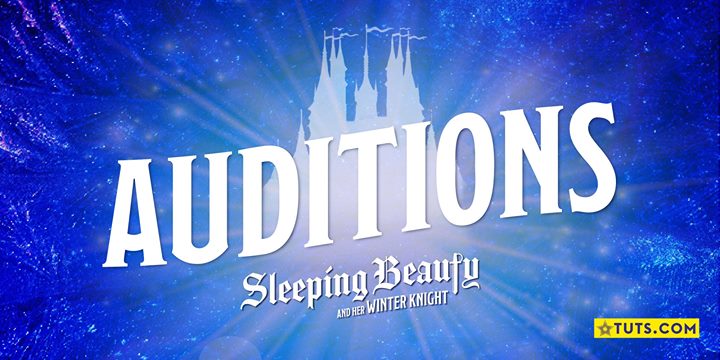 Theatre Under The Stars will be holding auditions for SLEEPING BEAUTY AND HER WINTER KNIGHT.

Dance Auditions will be on Thursday, September 28 beginning at 11:30 a.m. for male dancers. Anyone interested in auditioning should sign in by 11 a.m.

Dance auditions for female dancers will be held on Thursday, September, 28 beginning at 2 p.m. Anyone interested in auditioning should sign in by 1:30 p.m.

Auditions for principal roles will be held Friday, September 29 beginning at 10 a.m. by appointment only. To schedule an appointment, email Becky Lythgoe at [email protected].

SEEKING*:
Dancers
MALE / FEMALE, 18-35. Lots of personality and strong technique in ballet, jazz, hiphop, and modern. Tricks a bonus as well as experience with partnering.

KING OF HOUSTON:
MALE, aged 50-65, experienced mature actor that loves to play a character part. Warm and friendly but must be obeyed. Comedy is essential.

CARABOSSE:
FEMALE, 30-60 extremely evil fairy, who hates the Kingdom and Aurora. Gets boo’d by the audience throughout but must be able to control them. Interacts with the audience, strong actor and powerful singing is a must. Musical theatre experience an advantage.

*THEATRE UNDER THE STARS is committed to diversity in casting, and will not discriminate against any Actor or applicant for a part in a cast by reason of race, color, creed, sex, national origin, sexual or affectional preference, age, handicap, political persuasion, or belief.