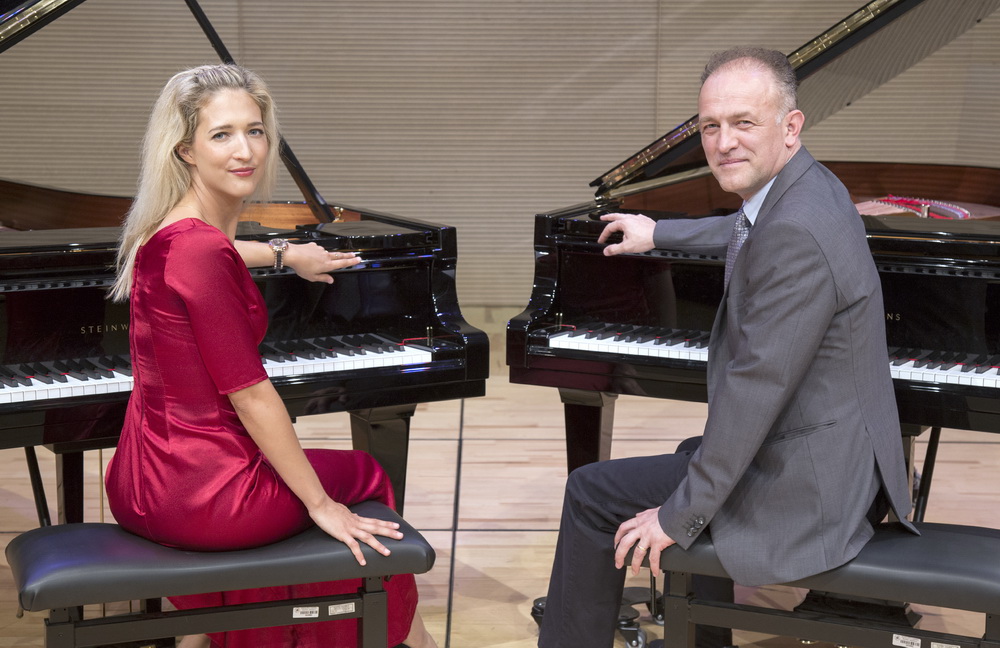 Pianist Dalibor Cikojević is one of the most prominent musicians of his generation in Croatia. He regularly performs in the country and abroad as a soloist and with orchestras, and is known for a wide-ranging repertoire that goes from baroque to contemporary works of the 21st century. Cikojević has performed at festivals around the world, including the Splitsko i Zagrebačko ljeto, Dubrovnik Summer Festival, Musical Evenings in Sv. Donat, Osor Music Evenings, George Enescu Festival, Raba Musikfestival and Wiener Festwochen. He has also gained a reputation as a writer by publishing three novels that make up his famous music trilogy: “Lecture of the Last Composer,” “The Last Violin of Nicola Amati” and “Virtuos, Museums and Striptease” (Leykam international), the last of which was translated into German and was awarded the “Steiermärkische Sparkasse” for the best foreign novel. Cikojević has worked as a music instructor in Austria for many years. He previously served at the Universität für Musik in Vienna, and is now a professor and Dean of the Music Academy of the University of Zagreb.

Zrinka Ivančić Cikojević, one of today’s most talented Croatian musicians, is laureate of numerous national and international competitions. She has performed at prestigious music festivals throughout Europe where she made a series of successful solo recitals and has attracted the attention of critics as well as audiences. She has performed as a soloist accompanied by all the major Croatian orchestras and ensembles, and has presented herself as an excellent chamber musician, playing with some of the best national and international soloists over the past few years. Ivančić’s musical education started at the age of five. After graduating Gymnasium and secondary music school in the class of professor Blanka Podreka, she enrolled at the Music Academy in Zagreb and graduated in the class of professor Damir Sekošan. In 2007, she got her master’s degree in the class of professor Vladimir Krpan and continued her studies in Italy in the class of professor Franco Scala. She received the Rector’s Award of the University of Zagreb, the Ferdo Livadic and Darko Lukic awards and first prizes at international competitions in San Bartolomeo and Moncalieri. She has recorded for the Croatian Radio and for Croatia Records, and has performed on Croatian Television’s music programs. She is currently a piano accompanist on Music Academy in Zagreb.