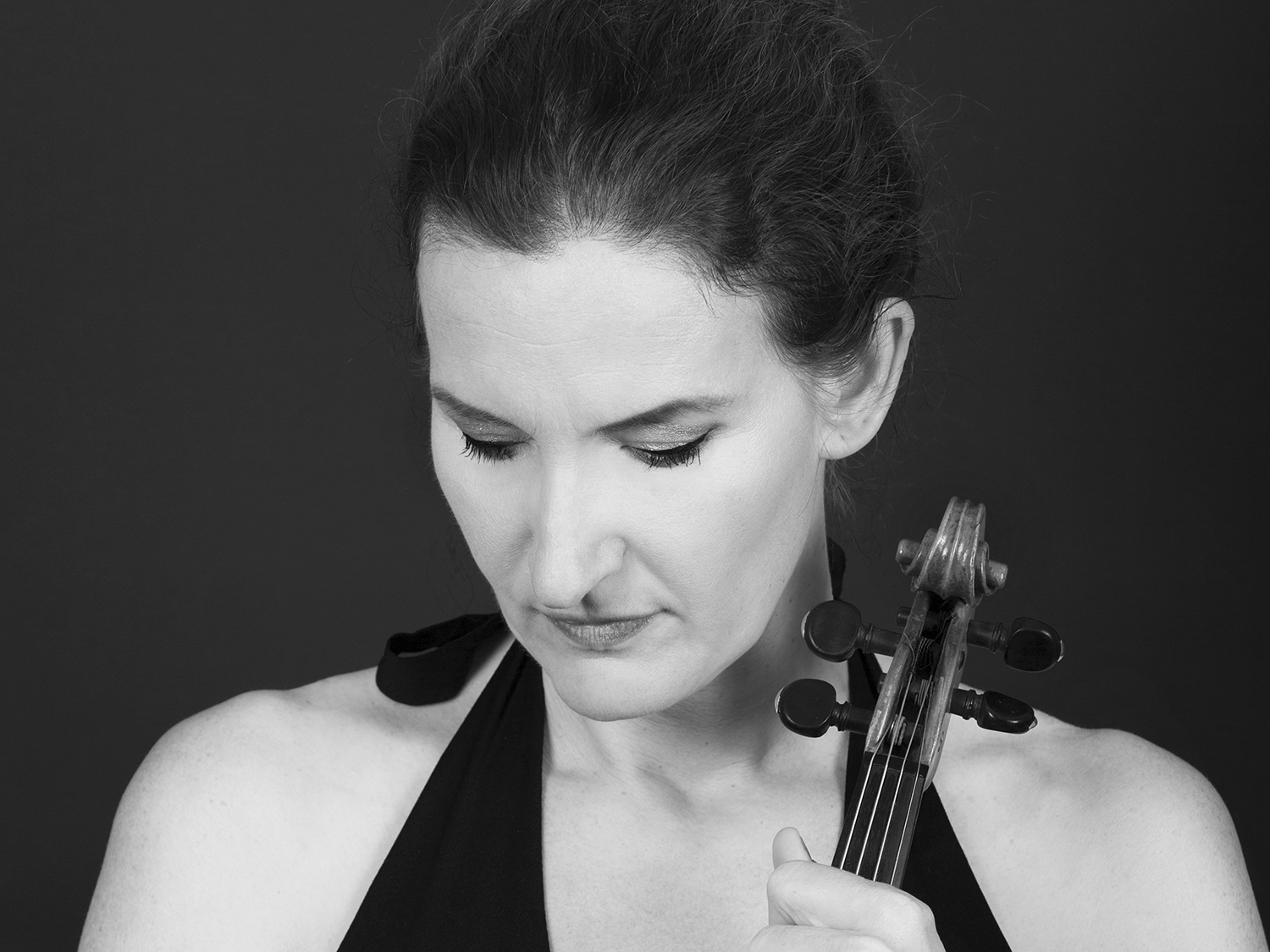 Native Texan Sharman Plesner began playing violin at the age of four with her mother, a violist with the Houston Symphony. A year later, Fredell Lack became her teacher, working with her for the next 10 years. At 15, Plesner became one of the youngest students of the prestigious Curtis Institute of Music in Philadelphia. During her seven years there, she performed frequently as a soloist and won numerous competitions, including the Ima Hogg, Kingsville and Performers of Connecticut competitions. Plesner discovered France during two concerts with the Curtis Symphony Orchestra – and it was love at first sight. After graduating, she moved to Paris and participated in masterclasses with Reinhard Goebel. She has also been involved with the Orchestra of the Champs Elysées and Les Musiciens du Louvre, the Baroque Nomad, Baroque Graffiti Ensemble and Trio Borsalino. Currently, she is working on a series of “crossover” projects with her partner, Jazz bassist Pierre Boussaguet, that unites Jazz, classical music, film music, original and traditional music from the U.S. and British Isles.

About the Series
The Fredell Lack Legacy Violin Series at the Moores School of Music, established by its legendary namesake in 2017, brings world-class musical artists to the University of Houston Kathrine G. McGovern College of the Arts for special public performances and master classes. Named C. W. Moores Professor of Violin at the University of Houston, Lack served for five decades, inspiring countless students as a teacher, mentor and friend. The Fredell Lack Legacy Violin Series features five of those mentees as guest artists, honoring her contribution to the University and the City of Houston.