Daniel Levine reached out to personal trainer Exy-Fable Mars because he wanted to build muscle and lose weight. Thanks to Mars’ coaching, the Houston man was able to do more than just define his muscles while shrinking his waistline. Levine built up his endurance after catching COVID, and he can move his neck and shoulder without the pain he’d been experiencing for years.

Levine’s child, wife, and mother have also become clients of Mars, a nonbinary queer coach who uses xe/xem/xyr pronouns. Levine encourages anyone looking for a respectful and inspiring coach to reach out to Mars.

“I recommend Mars because I think xe has a spectacular ability to listen and balance what the client says they need [and] want,” Levine says. “Exy-Fable observes [xyr clients’] physical movement and performance to develop programs that are truly individually focused.”

“I really enjoy being able to help people live without the pain they thought they were going to have forever,” Mars says.

Mars focuses on xyr client’s health and meets them where they’re at to achieve realistic body-image goals. Relief from chronic pain is often a focus for Every Minute Stronger clients.

“Based on what my people are going through on that day, the workout could change from what I had decided previously,” Mars says.

Christene Kimmel came to Mars in 2015 after tripping while running up a set of stairs and injuring her back. Mars has helped Kimmel, an active triathlete, recover from reconstructive shoulder surgery, on top of other injuries. She also works on building strength with Mars as she navigates Graves’ disease, an immune system disorder that can cause anxiety, heat sensitivity, hand tremors, and more.

Mars was the first and only trainer who recognized that Kimmel needed to work on her core muscles after she reported experiencing injuries every 8 to 12 weeks. “Exy-Fable is different from other trainers, due to how xey personalize [a client’s training] and care for them,” Kimmel notes.

Mars became a personal trainer after another trainer helped xem learn more about xemself than xey thought was possible. That trainer pointed out that Mars’ shoulders were hurting because xe spent all day hunched over a table as a freelance writer. Exercises and tips to improve posture ended up alleviating xyr pain.

“I thought of training as a workout and weight loss, not as a way to help you move better or help with pain. So I was interested in that, and I wanted to be that kind of trainer for people,” Mars admits.

Mars went on to earn many certifications to better help clients, including a certification from the National Academy of Sports Medicine. Xe is also licensed to help clients who need or have had hip replacements, or people who are experiencing shoulder injuries.

Mars has studied exercise techniques that can help other neurodiverse people and those struggling with mental illness. Xe inspires clients to go beyond simple weight-loss techniques by helping them create realistic goals such as showing up to a certain number of sessions in a row and drinking enough water every day. 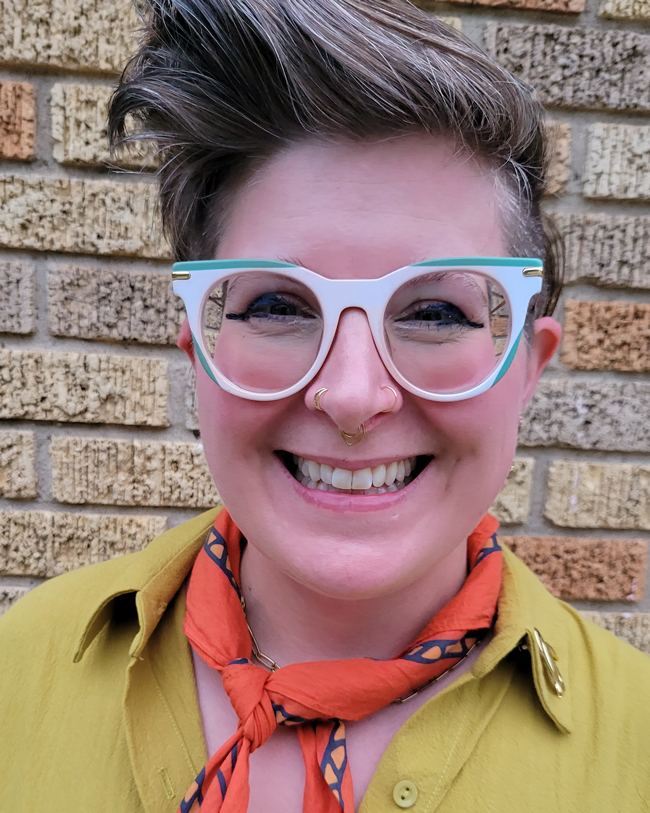 Mars is currently working with a client who has misophonia and experiences distress brought on by common noises that the average person is unaffected by. During a virtual workout session, the client became agitated due to the slamming sounds of nearby gym equipment, and her heart rate started picking up. To help her calm down, Mars advised her to pay attention to a certain spot on the wall and focus on her breathing while sprinting, which helped her relax and better tolerate those repetitive noises.

Mars is collaborating with a therapist to create programs to help neurodiverse people who experience sensory issues and struggle to stay motivated to keep exercising.

“The programs will focus on dismantling shame while navigating executive-functioning issues, sensory issues, and other challenges experienced by neurodivergent folks on a daily basis,” says Jess Storm, a therapist and longtime friend of Mars.

Since gyms are often hostile to people who are not cisgender men, Mars is proud to offer clients a space where all are welcome. Xe once trained a nonbinary client who was on testosterone and had just recovered from top surgery. The client came to Mars to strengthen their upper body, and Mars helped them build muscle by working on their chest, back, and arms.

Mars has become close friends with several clients, two of whom xe now considers to be chosen family. Xe urges people to find a trainer who meets their needs, rather than put up with someone who does not provide encouragement. “It’s hard enough to get exercise in the first place, so find something that makes you happy.”

Mars also encourages people to find a reason to get outside and get some much-needed sun in the new year. “Find a movement that makes you feel good, like dancing around the house, taking your dogs out for a walk, playing a sport you like, or exercising with a virtual trainer that’s really cool,” xe laughs. “Don’t push yourself into an all-or-nothing approach, because that’s never going to get you far. Do little things that make you and your body happy, and that feel good.”