Question: What involves a hooker, the number eight, and a lock? If you guessed rugby, you’d be correct. Rugby might not be as well known in the United States as it is in other countries, but it is steadily gaining popularity, including in the Lone Star State. Houston is home to an LGBTQ team known as Space City Rugby, and they’re gaining steam as the new game in town.

The team’s head coach, Butch Compton, explains that once people get involved in rugby, they find a lot more than just a sport. “I hear this from the new players all the time. They’ve never played in a sport or have never been involved with something where the camaraderie and the brotherhood was so good that everybody supported each other. Even if you’re on opposing teams and you may have tried to rip each other’s heads off during a match, when you come off the pitch, everybody is happy and having fun.”

Compton describes the sport as a mix of rules that resemble American football and soccer.

Two teams of 15 players have 80 minutes to advance the ball past their opponents’ side of the pitch (the playing field) and touch it to the ground for a score worth 5 points (named a “try”). Participants may only pass the ball backwards or sideways with no blocking allowed, and teams use a variety of lineouts, mauls, rucks, and scrums to retain possession during play. Rugby is unique in that play is continuous, even after players are tackled on the field. Kicking the ball or running while holding it are the only two ways to move the ball forward.

After each try, worth 5 points, the scoring team is allowed an opportunity to kick the ball through the posts for an additional 2-point “conversion.” Certain penalties also earn the non-offending team a kick through the posts, worth a 3-point “penalty” if made. At the conclusion of the match, the team with the most points wins.

Space City Rugby has been in existence since 2018, but like many organizations, COVID-19 necessitated a pause. The league has now reengaged and is looking to get back into fighting mode. Compton estimates they compete in eight competitions per year, with the Bingham Cup being among the most prestigious.

The Bingham Cup is a biennial world championship for gay and inclusive rugby named in memory of Mark Bingham, who died in the September 11 attacks. He was one of the passengers who fought back against hijackers on board United Flight 93.

As a gay man and regular rugby player, Bingham played for the San Francisco Fog and also helped establish New York City’s Gotham Knights league. The tournament has become the largest amateur rugby union event in the world. This year’s cup will be held in Ottawa in August.

For LGBTQ Houstonians interested in the sport, Space City Rugby welcomes all genders and skill levels to join their practices as it gears up for another season. Practices are held on Thursdays from 6:30 to 8:30 p.m., and on Saturdays from 10 a.m. to noon at Lawrence Park, 725 Lawrence Street. The only equipment requirements are a pair of cleats and a mouth guard.

“The biggest thing I want interested players to know is to not be scared of it. Come out, it’s fun!” Compton says. “We teach all the fundamentals of how not to get hurt. It’s a great, fun sport, and it allows you to travel and meet new people from all over the world.” 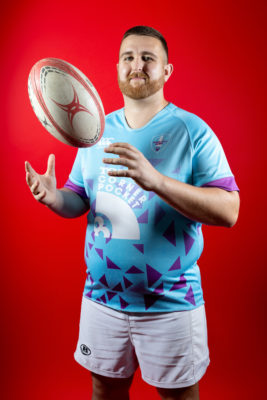 Position: Utility (wherever they want me to play)

“I enjoy The social aspect. Everyone on our team feels like a part of my family. We hang out outside of practices, and I can always rely on them. It extends beyond our team, as well. You can go anywhere in the world, and if you meet another rugby player, you instantly have a bond with them. I’ve never played another sport like that.” 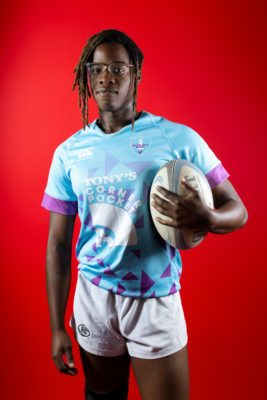 “Rugby culture is very inclusive and accepting, and this team even more so.” 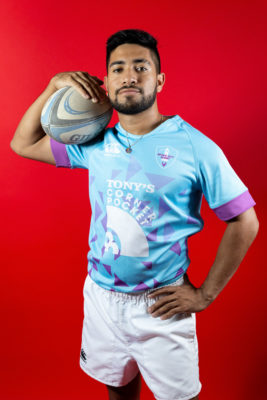 “I enjoy the genuine care that has developed through fun games, sweaty practices, and third-half connections. Joining the team was a gradual process of learning the game and meeting the veterans, who are so welcoming. The commitment we have comes from the
camaraderie of growing together in skills and as whole rugby players.  I enjoy the game’s
inclusive nature.” 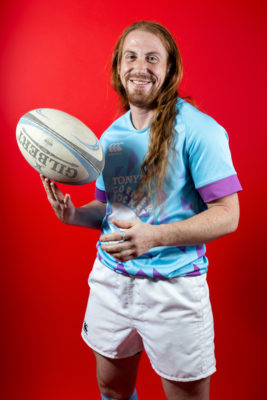 Position: Scrum half and utility back

“There is trust and camaraderie that can only be built through protecting your teammates during a contact sport. It’s that trust, coupled with the freedom to bring your complete self to the pitch, that keeps me coming back.”