Houston-born Molly Cook is a bisexual sixth-generation Texan, an ER nurse, community organizer, and an advocate for a more sustainable Texas. She’s also the only opponent running against the longest-serving current member of the Texas Senate, John Whitmire, in the Texas Senate District 15 Democratic primary.

“After 38 years of the same leadership, it is time for something different,” Cook says. “John Whitmire’s recent announcement to run for two offices at once is the brightest star in a constellation of poor decisions over the decades. On November 17, 2021, he announced to a ballroom full of people: ‘I’m no longer considering it, we’re not asking people, we’re running for mayor, and we intend to win.’ The Houston mayoral election will be in November 2023; this means that Whitmire will be involved in a competitive, full-time mayoral race during the 88th Legislative Session.

“In 2021, we watched as Republicans dismantled our voting rights, effectively outlawed abortions in Texas, and attacked our trans youth—not only in the regular session, but for multiple special sessions throughout the summer,” Cook adds. “The Democratic Party and the people of SD 15 cannot afford to have a senator focused on his next political office. We need someone fully focused on fighting for progressive policy at the Texas capitol.”

Cook’s focus in Austin would be on public safety and public health—issues she is passionate about.

“Senator Whitmire is not fully committed or engaged with the needs and priorities of his constituents,” she adds. “As a community organizer, I understand the power of coalition building, teamwork, and fighting for what is right, even if it isn’t easy. As a nurse, I see how our health and public-safety policies (or lack thereof) impact my patients, their families, and their communities.

“As a person who had an abortion, and as a survivor of sexual abuse, I know how politics impacts one’s well-being, survival, and future. I have the experience, drive, energy, and perspective to fight for our community in the Texas Senate. And more than that, I am willing to listen, to learn, and to be held accountable by my constituents.”

Cook is running a grassroots campaign, something she is familiar with following her advocacy work on Stop TxDOT 1-45.

“When I moved back to Houston after public-health school, I went looking for a way to advocate for better air quality in Houston,” she says. “I joined Stop TxDOT I-45, a grassroots organization fighting for equitable, sustainable transportation in Houston, Harris County, and Texas, and against TxDOT’s planned expansion of I-45. I devoted myself to volunteer work for Stop TxDOT I-45 while working in a hospital emergency department. My volunteer responsibilities included leading our communications and advocacy strategies, developing volunteer management systems, coordinating phone banks and door knocks, attending meetings and disseminating information to the public, advocating through interviews with the media, running the biweekly general meetings, training and onboarding new members, and event planning. I also frequently delivered public comments in front of the Houston City Council, Harris County Commissioner’s Court, the Houston-Galveston Area Council, the Texas Transportation Commission, and the State Legislature. My favorite part of working with Stop TxDOT 1-45 was the opportunity to grow relationships with community members, advocacy organizations, and elected officials.”

The U.S. Department of Transportation is currently drafting a response to the current I-45 expansion plan following its investigation into TxDOT’s Title VI complaints. 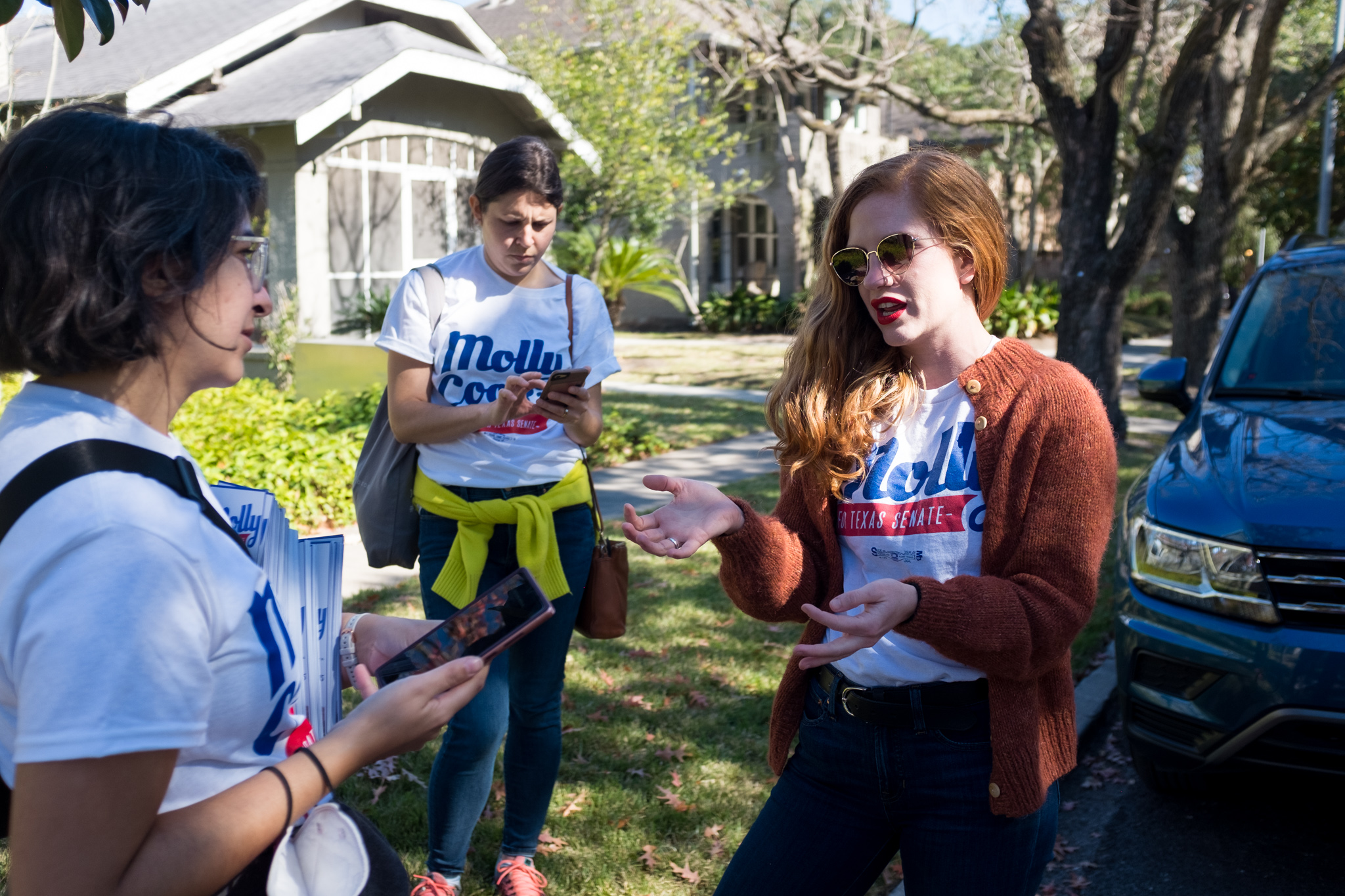 Cook has little free time these days, but she enjoys her Chihuahua and her music.

“His name is Oso,” she says. “He is 12 years old and has one eye. He will bite, but he is the light of my life. And yes, I do still play the harp! Mostly for fun, but occasionally for weddings or memorial services.”

And she’s very involved in her community.

“I have also volunteered with the Montrose Center, the Women’s Fund, and with the Houston Coalition for Equitable Development without Displacement (HCEDD),” she says.

“I am a board member with Doctors for Change (DFC) and a voting member of the Emergency Nurses Association (ENA). I also teach yoga at The Atrium Yoga Studio.”