Tammi Wallace is the co-founder, president, and CEO of the Greater Houston LGBT Chamber of Commerce. But that wasn’t what she started out to do.

She grew up in a small town in Mississippi with a very religious Pentecostal family. “I actually came to Houston to go to Bible school,” says Wallace. “I thought I was going to be a preacher’s wife. We know how that turned out!” she adds with a laugh. 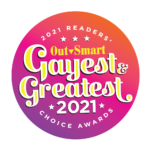 But she liked Houston so much that she decided to stay, studying business management at the University of Houston-Downtown. After coming out at age 25, Wallace worked in financial services and education before spending time in Austin as Representative Ellen Cohen’s chief of staff.

A little over five years ago, she got together with Gary Wood and created the Greater Houston LGBT Chamber of Commerce, which launched on February 24, 2016.

“I found out about the LGBT Business Enterprise (LGBTBE) certification program, and that led me to the National LGBT Chamber of Commerce,” she says. “And I immediately saw a gap. There was no voice for LGBT businesses in Houston and the surrounding region. I didn’t want the Houston LGBT Chamber to be just a networking chamber—I wanted to make impact work.”

Besides helping members become certified as LGBTQ-owned businesses through the NLGBTCC, the local chapter also works with Mayor Sylvester Turner and the City of Houston Office of Business Opportunity to recognize LGBTQ-owned businesses for City contracting and procurement. Houston was the first city in Texas to do so.

Recently, the Chamber helped promote the LGBTQ COVID Vaccine Drive held at local bars. During the pandemic, the Chamber has also made a lot of their member benefits available online.

“People are impressed with all we do,” says Wallace. “They can’t believe we’re only five years old. I’m thrilled we have been able to grow the Chamber every year, even in a pandemic year. Our growth and reputation set the foundation for our success and that of our members.”

The question Wallace gets asked most often is if members have to identify as LGBTQ. “No, no—absolutely not,” she says. “About a third of our members are allies. We’re about doing business with anyone who supports the community.”

Members don’t have to be business owners, either. There are memberships for individuals and for those who want to be a friend and supporter of the LGBTQ business community.

At home, Wallace and her wife of six years, Mercedes Leal, live with their six rescue pets—three dogs and three cats. Their Montrose home is just a few blocks from Niko Niko’s Greek Cafe. “Within walking distance, and within smelling distance when the wind is right,” Wallace notes.

In her down time, her passion is photography. “It’s my happy place. I’ve
been doing it since I was a teenager,” she says. “I’ve been doing a black-and-white series during the pandemic. Each day I post a photo with the number of deaths from COVID.
It’s how I’ve dealt with it all.” 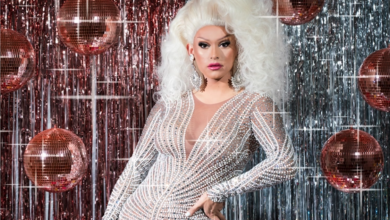 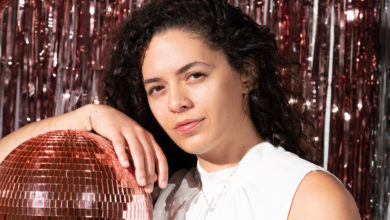 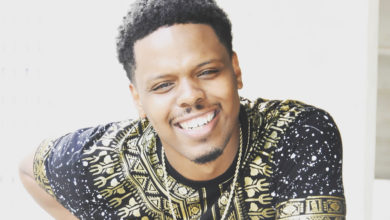 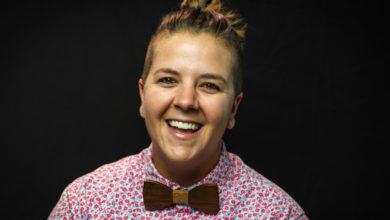 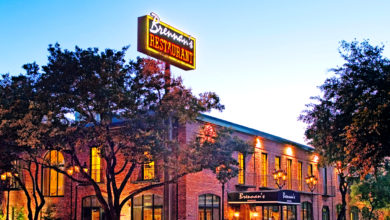 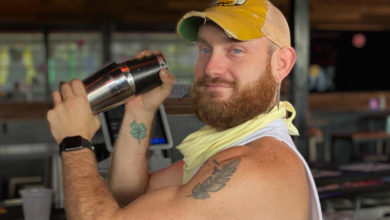