N erds, unite! After a year off, Comicpalooza is returning to Houston on July 17 and 18. The event serves as the largest annual multi-genre comic-book, science fiction, anime, gaming, and pop-culture convention in the Southern United States.

This is the time of year to put those finishing touches on cosplay costumes (don’t forget the face covering) and be transported into a pop-culture extravaganza. From panels discussing an array of fan topics to an exhibition floor featuring unique art and handcrafted goods from artists, #starstruck moments with celebrity lineups, and a thrilling cosplay competition, there is never a dull moment at Comicpalooza.

The correlation between the LGBTQ community and Comicpalooza attendees is exceptionally strong, so OutSmart magazine decided to interview a few fans to get their take on what the event will mean for them.

For more information or to purchase tickets, visit comicpalooza.com. 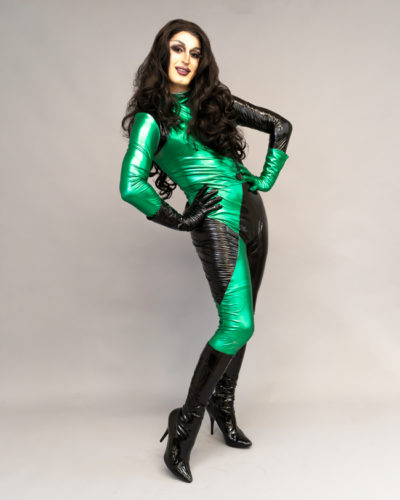 Vavra is unquestionably a fan of comics. To her, the characters embody people she wanted to emulate while growing up.

“For me, growing up as a really gay, really nerdy kid, I got to see characters in X-Men that were allegories to queer people and people of color. It was great seeing those everyday hardships that we face represented in print media, movies, and cartoons.”

Vavra has an especially soft spot for one character.

“My number-one favorite is Wonder Woman. I’m a huge fan of DC Comics, and Wonder Woman looks like my mother, who is Greek and a personal trainer. I loved seeing this really powerful Greek woman doing everything Superman could do, but doing it better and flashier, with a sense of justice and diplomacy, and shouting Greek things like ‘Hera, give me strength!’ and who had long, flowing dark hair,” Vavra comments. “She is my number-one everything, and still is. It made me realize I wanted to be a drag queen because I wanted to be Wonder Woman.”

“Drag and cosplay go so well together, and there are so many people who want to do drag cosplay. I hope they bring back those panels and the cosplay contest and crossplay (which is cosplay in drag). I feel it would appeal to a lot of the queer patrons who need to see more programming that reflects them,” Vavra adds. 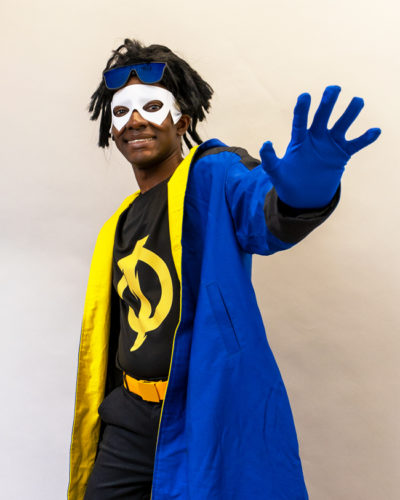 Carter has been to comic conventions in other cities, but this year will be his first one in Houston. He works with the Houston Public Library, which will set up a booth at the event aimed at attracting more children to the library’s programming. He’ll dress up as Static from the show Static Shock to help attract people to the booth. Static Shock revolves around Virgil Hawkins, an African American boy who uses his secret identity as Static after being exposed to a mutagen gas during a gang fight, which gave him electromagnetic powers. The show’s debut was the first time an African American superhero served as the titular character of their own broadcast animation series.

Carter sees cosplay as a way to encourage representation among minority groups.

“One of the reasons I do cosplay is the lack of representation of people of color in the comic-book universe and at cosplay events. I read an article a few years ago about people who dress as white or ‘white passing,’ even though they have [other diverse] origins,” Carter adds. “One year, I went trick-or-treating, and I was dressed as one of the characters from Batman Beyond. One kid saw me and loved seeing a Black man as Batman because that’s not what you see in the comic books or movies. That was heartwarming for me, and made me want to continue doing that.” 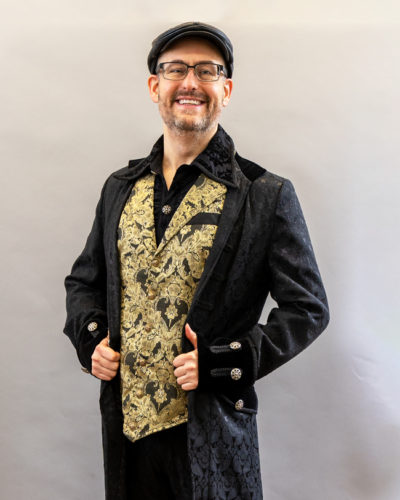 Catering to people’s love of comics and games has become Theo Thourson’s full-time job. The school psychologist now runs a YouTube channel named The Gallant Goblin that focuses on a Dungeons & Dragons theme.

His favorite memories from attending cosplay conventions are meeting the celebrities who participate.

“One thing I decided to do a couple of years ago is spend an exorbitant amount of money on getting pictures with celebrities who mean something to me. I’ve always treasured those photos. I have a whole wall in my house with photos I’ve taken with these celebrities, and it makes me happy,” Thourson adds.

He also mentions that the costumes are a huge draw.

“It’s a huge art form these days. Just like illustration, song, or writing, it’s become an art form that people can express themselves with. They get to use their own body as a canvas, and a lot of time it’s tied into the geek culture. When you’re a big fan of something, being able to show your fandom is rewarding for some folks. It combines the ability to make art and show it off on your own body, and show off your endeavor. It culminates in a way that is amazing,” he comments.

All three agreed that there is a welcoming feeling that permeates the Comicpalooza events, which is perhaps why it has such an appeal to the LGBTQ community. “It’s a different world. It’s fun to see people go to a place where they can be themselves,” Carter summarizes. “They can dress up as characters and not be judged for being their ‘weird’ selves.”