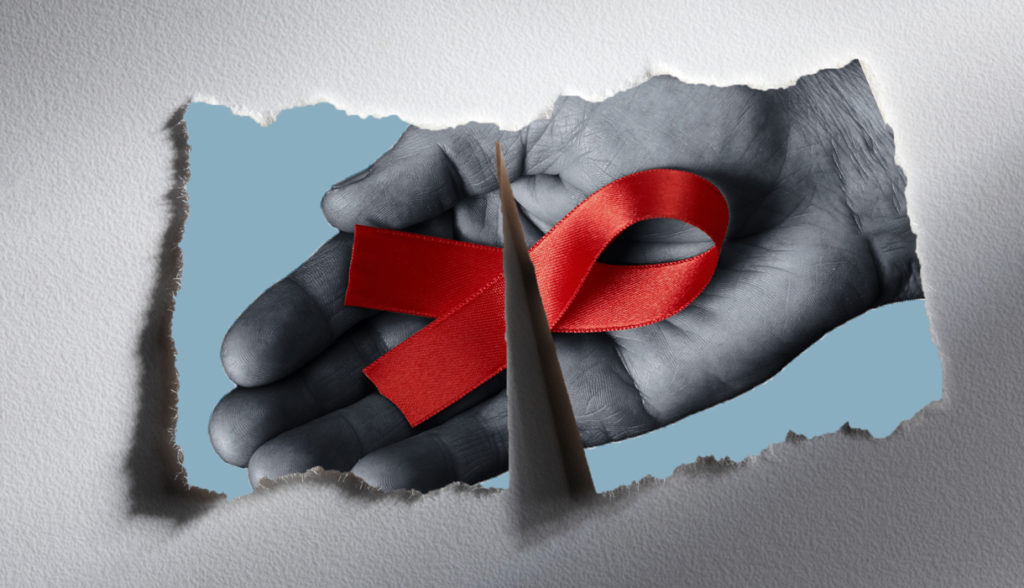 In the waning days of December 2020, the Texas Department of State Health Services (DSHS) sent out an unexpected and unwelcome email that provoked deep concern among providers of HIV-related health care and sounded alarm bells for AIDS advocates.

Due to the explosive growth in enrollments during the COVID-19 pandemic, the Texas HIV Medication Program (THMP) was implementing cost-containment measures and changing eligibility requirements to address a significant budgetary shortfall. Twenty-five hundred Texans living with HIV would no longer be covered by the program. A separate initiative for individuals living with HIV who also need treatment for Hepatitis C was also discontinued.

Since 1987, the Texas HIV Medication Program has provided low-income HIV-positive individuals access to expensive life-saving HIV medications. The program serves 21,747 Texans living with HIV who make at or below two times the federal poverty level (about $26,000 in 2021). Also in December, DSHS announced it was immediately eliminating the “spend down” provision that allowed those who earned over the threshold amount to qualify for the program by having some of the cost of their medications deducted from their incomes.

The trepidation further increased when it was disclosed in January that the medication program faced a $52 million shortfall. The THMP Advisory Committee, which is composed of doctors, pharmacists, social workers, and persons living with HIV, appeared blindsided by the news and questioned why they had not been alerted to the yawning deficit earlier in the process. They also expressed concern about the impact that the changes would have on the continuity of care for clients enrolled in the program.

The news of the $52 million deficit came on the heels of the $5 million THMP cut that was made in response to a directive from Governor Greg Abbott in May 2020 that state agencies must trim their budgets by five percent to address shortfalls in tax revenues caused by the pandemic.

“We can’t afford any cuts, because it affects too many people living with HIV,” says Januari Fox, director for policy and advocacy for PRISM Health North Texas, one of the major providers of HIV care for the region. “We are not seeing federal funding increases. People are living longer with HIV.”

On February 11, Shelley Lucas, the director of HIV/STD care for DSHS, met with Houston’s Ryan White Planning Council, which helps disburse federal AIDS funding, to provide more context on the reasons for the state’s cuts and to answer questions.

Lucas explained that from March to December 2020, the Texas HIV Medication Program had enrolled 2,919 new participants—a 28 percent increase compared to prior years. In the wake of the COVID-19 shutdowns, the unemployment rate in Texas spiked to 13 percent in the summer of 2020. Texas workers lost jobs and employer-sponsored health insurance, leading to the surge of new low-income enrollees.

Medication costs also increased. Program participants taking a daily single-tablet regimen had an average cost of $1,000 more per person than HIV-positive individuals who take multiple pills per day. Revenue from pharmaceutical company rebates, another source of funding for the program, had also declined.

Lucas also suggested that individuals who were no longer eligible for the Texas HIV Medication Program could apply for patient assistance programs run by either the pharmaceutical companies or Harbor Path, a nonprofit that delivers free lifesaving medications to the uninsured.

Perhaps the most dramatic moment of the meeting came when Lucas revealed that the Texas HIV Medication Program would run out of money by the end of March, months before the end of the state’s fiscal year in August. “It feels like we are hanging on by a thread,” she told the group.

Some veteran AIDS advocates felt that the financially precarious state of THMP represented a failure in fiscal management. “None of this should have been a surprise to them,” says Karin Petties, Executive Vice President for Administration at Prism Health North Texas,

Lucas then spelled out DSHS’s strategy to seek five other sources of stopgap THMP funding that could potentially bring in an additional $64.5 million. Later in March, THMP received a $34.4 million grant from the Coronavirus Relief Fund. And after hearing feedback from activists and healthcare providers, DSHS agreed to delay eliminating the spend-down provision until June 30. A public town hall was scheduled for March 24 to explain the rationale for the cost containment measures and to educate service providers about other HIV medication programs that  impacted clients could avail themselves of.

In spite of the recent positive developments, advocates and activists are left with many unanswered questions. Why didn’t DSHS communicate more proactively with key stakeholders in advance of the severe cuts? Why was there no period of public comment allowed for feedback on the changes? Why has the process lacked transparency? What steps is DSHS taking to ensure that they are not caught flat-footed again when the next funding crisis appears?

Even when faced with a more manageable shortfall of around $17.6 million, advocates worry that any cuts will have a disproportionate impact on African Americans and Latinos in Texas, who have already been devastated by disparities in the healthcare system during the pandemic.

“According to DSHS, as of 2018, about 7 out of 10 people living with HIV in Texas were Black or Hispanic,” observes Venita Ray, co-executive director of the Positive Women’s Network, an advocacy group for women living with HIV.

“I want them to think about the racial implications of what they are doing,” says Ray. “We know who is lower income, and where the disproportionate impact lies: with the Black community. It’s just wrong on a number of fronts.”

For one African American Houstonian in his early fifties, the proposed cuts are not theoretical. The THMP beneficiary, who has lived with HIV for 21 years, has chosen to remain anonymous in order to be able to speak candidly about his situation. “I have known friends who were forced to choose between using their money to pay for their HIV meds or eating and paying for shelter,” he says. “Those persons chose to eat. And as a result of not having the assistance for their medications, they passed away. In 2021, that is not a choice that anyone should be forced to make. I do not wish to have this happen to me or anyone else.”

Evany Turk, the national field organizer for Positive Women’s Network, points out that sharp cuts to the Texas HIV Medication Program would also severely undercut Achieving Together, the strategic plan to end AIDS in Texas that was launched in 2018.

“We’re moving forward with this plan,” she says, “But if they cut people off of the Texas drug assistance program, then ending the epidemic won’t be possible if people living with HIV can’t get lifesaving drugs.”

For Vargas, the Texas budget shortfall also raises a much larger issue: the need for Texas to embrace the Medicaid expansion under the Affordable Care Act.

“COVID-19 exacerbated an already existing problem,” he observes. “The funding of our state’s drug assistance program budget either diminishes or remains level, while we have yearly increases in people needing the program. In the long run, the best thing our state can do is expand Medicaid.”

According to the Texas Tribune, as of May 2020, 29 percent of adult Texans under the age of 65—about 4.9 million people—were uninsured. Prior to the onset of COVID-19, Texas had the highest uninsured rate in the nation at 17.7 percent. According to a 2019 study by the Commonwealth Fund, if Texas accepted the Medicaid expansion, 1.2 million more Texans would become eligible for healthcare coverage.

Yet, despite the stark way in which the pandemic has demonstrated a desperate need to provide more Texans with access to health care, Texas Republicans continue to reject the Medicaid expansion. (Texas remains one of only 12 states that have not expanded Medicaid.)

Januari Fox, the director for policy and advocacy for PRISM Health North Texas, remains hopeful that funding can be found to help close the remaining $17.6 million shortfall for the Texas HIV Medication Program.

“Things are moving in the right direction, thanks to a lot of advocacy on all levels,” she emphasizes, praising legislators like State Representatives Toni Rose of Dallas and Donna Howard of Austin. “It’s been very exciting. It’s also been a roller coaster—literally, with almost day-to-day changes.

“We can’t mess around with people’s lives like this. There has to be a degree of consistency.”


This article appears in the April 2021 edition of OutSmart magazine.