Sugar Land native Billy Stritch is a gay man who’s as comfortable in the limelight as he is in the background. Known for his creative collaborations with Liza Minnelli, Linda Lavin, Christine Ebersole, and others, Stritch has been making the most of the pandemic lockdown with his Billy’s Place livestream performances. On his new album, also titled Billy’s Place, Stritch performs songs from the Great American Songbook, as well as more contemporary fare and even some originals. At a time when travel is restricted, tunes such as Peter Allen and Carole Bayer Sager’s “Planes,” John Wallowitch’s “My Love Went to London,” and Stritch’s own “Since You Left New York” take on even greater meaning. Now a New York City resident, Billy was kind enough to answer a few questions over the phone for OutSmart. 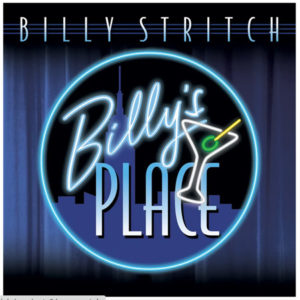 Gregg Shapiro: Your Billy’s Place livestreams on Facebook Live began during the pandemic. Can you please say something about what it means to you to still be able to reach your audience at a time when audiences are forced to social distance?
Billy Stritch: It really means everything to me, and it certainly wasn’t something I was anticipating when this all started. I started doing the livestreams in late March with my friend Linda Lavin, the actress. We started doing livestreams from her apartment, three floors above me here in my building. We just thought we would do things on Wednesday afternoons, and just kind of put some stuff out there. Then a few weeks in, I started to realize that there were people that I knew (or people that knew me) from all over the country that don’t have much chance to see me live, or come to New York and see my regular gigs. All of a sudden, the light went on: “Oh, I’m reaching so many more people than I ever had a chance to before.” That’s the great gift that’s come out of this. I always try to be a glass-half-full kind of guy, anyway. It was the lovely surprise that has come out of being able to livestream—something I would never ever consider before. I’m sure most people that I know that are [watching livestreams have also] never thought about it before. Even after we’re all able to go out and work again, I don’t think this livestream is going to go away. It’s a wonderful way to reach people.

The Billy’s Place album opens with your cover of Barry Manilow’s “Meet Me, Midnight.” Would you describe yourself as a night owl, or did you have to become one as an entertainer?
I like the nightlife. That’s always been the attraction for me. Even when I was a little kid, I didn’t want to go to bed. Everything fun happened at night, as far as I was concerned. I wasn’t athletic. I wasn’t a sports kid. I wasn’t an outdoors kid. My world was television and movies and music. I would see nightclubs represented on TV, and that’s always what I wanted to do. Even before I came to New York, I had this dream that I would work in these glamorous nightclubs. Now as I get older, it’s like, “Oh God, that show is so late.” When I was starting out, I had a vocal group and we worked at the Algonquin Hotel in the ’80s. We had shows at 8:45 and 10:45. That was kind of normal; two shows a night. Now you do a show at 7:00 or 8:00, something like that. It definitely has skewed earlier. I don’t know why that is.

Do you think it’s because your audience is aging along with you?
[Laughs] I don’t know. That could be part of it. I’m sure the younger kids are probably out later and doing whatever they do. I do co-host an open-mic night at Birdland on Mondays. We always go until about 12:30, so that’s kind of a late night. When I work at Bemelmans Bar at the Carlyle, it’s nine to midnight. So I’m a night owl, to answer your question. I like the nightlife.

I’m happy that you included “My Love Went to London,” a tune by John Wallowitch (of Wallowitch & Ross fame), on Billy’s Place. Have you ever performed any of his racier or more humorous songs, such as “Bruce”?
I knew John. We became friends back in the ’80s. I had this vocal group called Montgomery, Plant & Stritch. It was me and two girls. We were a vocal trio from Texas. No one was doing our mix of tight jazz harmony and humorous and theatrical material, so we really kind of took the town by storm at that time. We met so many great people. John and Bert Ross were the two people that I remember so fondly. We had great evenings at their house on Beekman Place. A wonderful home, and just unforgettable nights. I’m very familiar with a lot of his material. His material is really more specific. Almost anybody can sing “Bruce” or “I’m 27,” and “Come a Little Closer” is one that I’ve sung before. But so much of it was so specifically his kind of material. I have him on my iPhone, and I listen to him quite a lot. He loved New York and he loved performing, and he was so open. He was just so unique. There will never be anybody like him. I first heard Tony Bennett do “My Love Went to London,” and then I heard Blossom Dearie’s recording of it. I was putting together a show back in August for the Billy’s Place livestream and it was Tony’s birthday, so I did an hour of his material. I pulled that one out. Boy, especially when you can’t travel, some of these songs kind of hearken back to that a little bit. I would love to go to London! There’s an added layer to it when you sing it now, in the midst of being stuck at home. It’s musically so satisfying to sing.

“Does He Love You,” the Grammy Award-winning song you co-wrote with Sandy Knox, has been covered by Reba McEntire, Patti LaBelle, and in a duet version by Liza Minnelli and Donna Summer. Is there anyone else you would love to have record the song?
Kelly Clarkson and Reba sang it on an awards show a few years ago. I think it was the CMAs. I always thought they should record it. I’d love to hear Reba do it again with somebody else. There are loads and loads of singers, but honestly, Gregg, I think the time might be right for two men to sing it, perhaps. 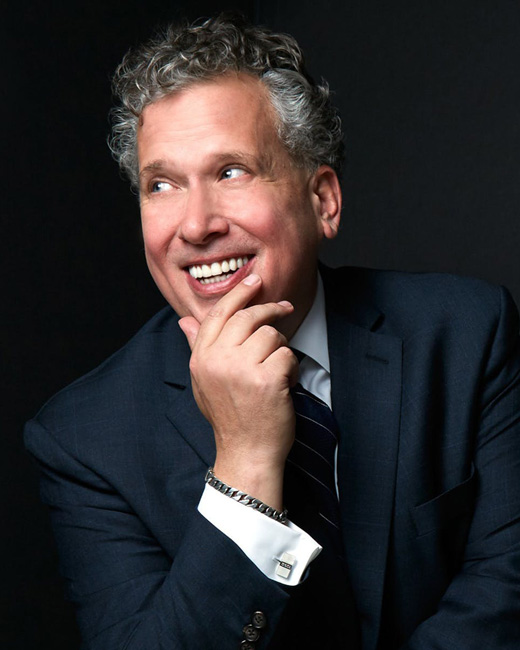 “Since You Left New York,” another song you co-wrote with Sandy, is on the Billy’s Place album. What makes Sandy a good songwriting partner?
Again, it’s collaborating. It’s finding someone who you could laugh with and you can have an easy rapport with; you kind of get each other. Sandy and I have been friends since we were back in Houston. She used to come hear me when I was first starting out. I’ve known her for 40 years now. We have so much of a great frame of reference together with that sort of background. We did a lot of writing together back in the ’80s. That’s when we wrote “Does He Love You.” Then Sandy went to Nashville and pursued a career as a full-time songwriter. I would make regular trips there to write with her. This song, “Since You Left New York,” was written all that time ago. We made a demo and sent it out, but nothing really happened with it. I had forgotten about it, it’s been so long. When this pandemic started, just a few weeks into it, Sandy emailed me and asked what I thought about “Since You Left New York.” I said, “Remind me!” [Laughs] I kind of remembered the title. She sent me an MP3 of the song, and I was like, “Holy cow, that song is perfect for now.” The way it starts—“They turned off the lights on old Broadway.” That’s exactly what’s happened. People tend to think it’s something we wrote this year, and it’s not. It’s a great example of how sometimes a song has to find its time. It may not be right when you write it, but if it hangs out long enough (and luckily Sandy did remember it), hopefully it’s going to get a new life. Now, that’s a song I would love to get somebody big to record, for sure.

What did it mean to you when the Sugar Land Auditorium in your hometown christened The Billy Stritch Stage in your honor in 2014?
It was the most incredible thing. Sugar Land, Texas, the town I grew up in, was 3,000 people—a small industry town. It had a sugar refinery, the Imperial Sugar Company. There were a lot of old-time families that worked for that industry. It’s close to Houston, so my family moved out there and built a house when I was a baby, because it was the suburbs. But in the intervening years, the town has boomed. It’s almost 120,000 people now. It’s become a medium-sized city with a big City Hall and a big historical society. Chad Muska was heading up the historical society, and he floated this stage-naming idea because I was a small-town boy who’s made good, I guess. It’s this great old auditorium that was built in 1918. It’s been landmarked by the State of Texas, so it’s not going anywhere. I remember it from when I was in elementary school and there was no air conditioning and horrible seats. I remember kindergarten graduation was at that place. It was very run down, but they have done a magnificent job restoring it. One of the last things they did was to dedicate the stage, with a big plaque, in my honor. It was so wonderful to come back. I did a concert on the Sunday afternoon of the dedication day. It was like This Is Your Life, Billy Stritch, because there was my kindergarten teacher and my fifth-grade teacher. I knew all these people. My dad was on the school board and later became a teacher, so they all knew me. A lot of those people were still around. My band director from high school was there. People I hadn’t seen in years. We had about 300 people that showed up that day for it. It’s really one of the most thrilling honors that’s ever happened to me. I always joke that little kids now are going to look at that plaque and go, “Who’s Billy Stritch?” They’re not going to have any idea who I am, but there it is anyway.