Personal trainer Melanie Jackson, 34, has only been on the fitness train for five years. Now wild horses couldn’t tear her away from it.

Jackson was born and raised in South Houston, but she now lives a short distance away in Manvel. She studied biochemistry at Texas A&M for a while, and then earned her associate’s degree in paralegal studies followed by a bachelor’s degree in criminal justice. “I also have my personal trainer certification with the National Council for Certified Personal Trainers,” Jackson adds.

Jackson, who identifies as bisexual, first became interested in fitness when she discovered that the law firm where she worked offered a free fitness boot camp twice a week for employees. “I thought, ‘Why not?’ and started attending.”

That was five years ago. After experiencing a positive weight-loss journey, she got her personal-trainer certification while continuing to work as a paralegal and attending law school. “Unfortunately, the firm fell on hard times financially, discontinued the boot camp, and eventually laid me off. I decided to go work for a gym until another law firm hired me.”

But by then it was too late. Jackson had already fallen in love with personal training. She knew it was the right thing for her when she started prepping for her first bodybuilding competition after losing 75 pounds in one year. “Once I saw the transformation in my body and mindset, I wanted to share that with the rest of the world,” Jackson says. 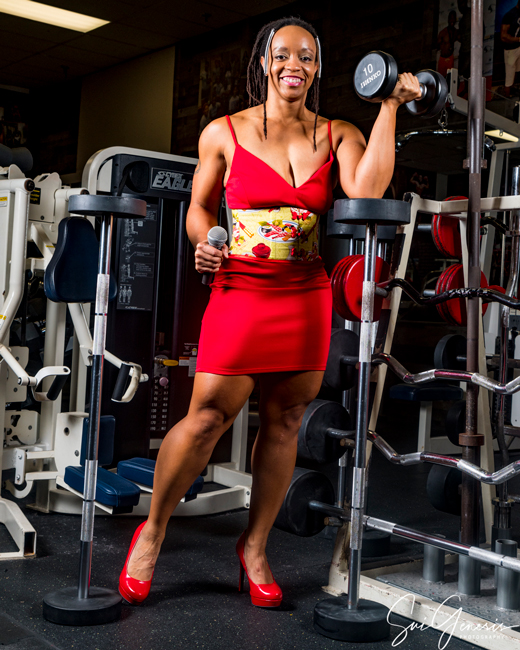 Watching her clients start to see and feel results from the training process is what inspires Jackson these days. “[I know] they’re genuinely happy to be there when they start showing up to work out and no longer have a frown, or they’re not rolling their eyes. It takes time to see the progress, but that inspires me to keep spreading the message about health and fitness.”

Finding her way in the fitness world has been a bit of a roller coaster for Jackson. She worked at a small local gym for a year before setting off to go into business for herself. “That’s where I really started working on myself and looking [inward to discover] how I want to be as a trainer,” Jackson explains.

As a self-described “Japan-ophile,” Jackson created Geisha Fitness in 2019. Since she also dabbles in the arts of drag, burlesque, and singing, she decided to try an entertaining approach to leading her personal-training classes.

“When I train, it’s no different than me being on stage,” she says. “As an entertaining trainer, I will keep you engaged. And by the time our session is over, you won’t feel like you were just training, because it’s fun.”

She eventually merged her business with Camp Gladiator and opened a location in Manvel, which exposed her to a larger number of people who were familiar with that brand. “I also train people on a one-on-one basis, but not as often as I used to due to my growing Camp Gladiator location. There have been many challenges where I’ve questioned myself as a trainer and as a person, but I’ve come out stronger and more confident about what I bring to this world as a fitness professional,” she says.

Many of Jackson’s clients are members of the LGBTQ community, and she has a number of transgender clients through her partnership with Camp Gladiator. “Outside of training, I do perform in drag or I sing for charities—most recently at a benefit for Tony’s Place,” she explains. “I have participated in the Slay and Game of Kings drag competitions, and I made it all the way to the finals in both. Every once in a while, you will catch me performing drag, singing, or even doing burlesque at either Barcode or JR’s.” 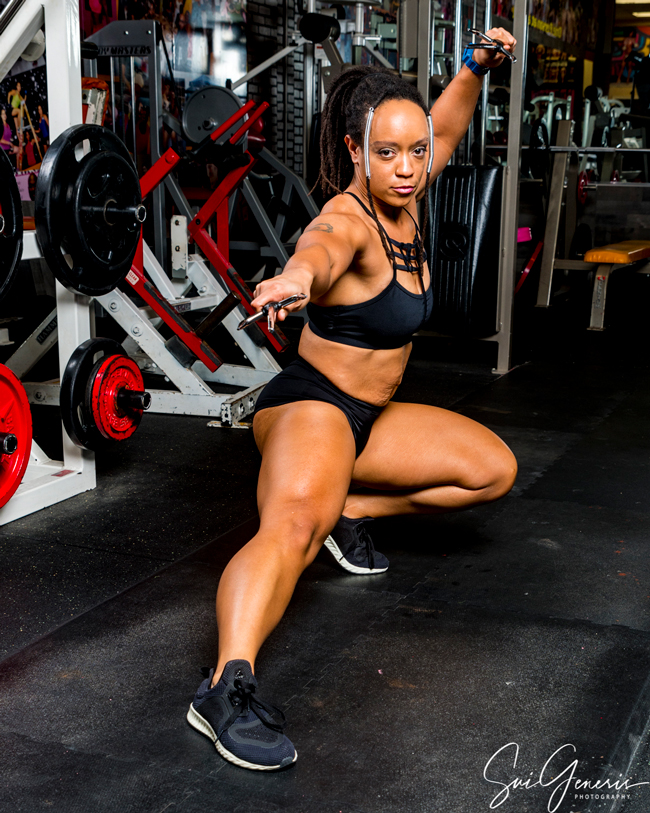 Jackson says it’s vital to remember that fitness is like a marriage commitment. “You stay with it through the ups and downs, through the bad times and the good. The only difference is, you’re making this commitment to yourself and no one else.”

If you’re nervous about starting your fitness journey, Jackson says the best thing you can do for yourself is get an “accountabili-buddy.” There’s strength in numbers. So find someone that will hold you accountable and influence you to be more mindful and diligent about eating healthier and being more active,” she suggests.

Jackson says that now is a great time to focus on getting fit. “It’s no mystery that the pandemic has hit minorities and the LGBTQ community the hardest. The best thing to do at this point is to focus more on self care, and give your body a fighting chance to combat this virus by getting in shape. This not only helps you physically, but mentally as well by fighting off anxiety, depression, and negative moods—things that [our LGBTQ] community knows all too well.”

When it comes to getting in the shape you want to be in, Jackson says there is one vital thing you must never forget: “As long as you consistently show up to put in the work, you will start to see the results you want.”