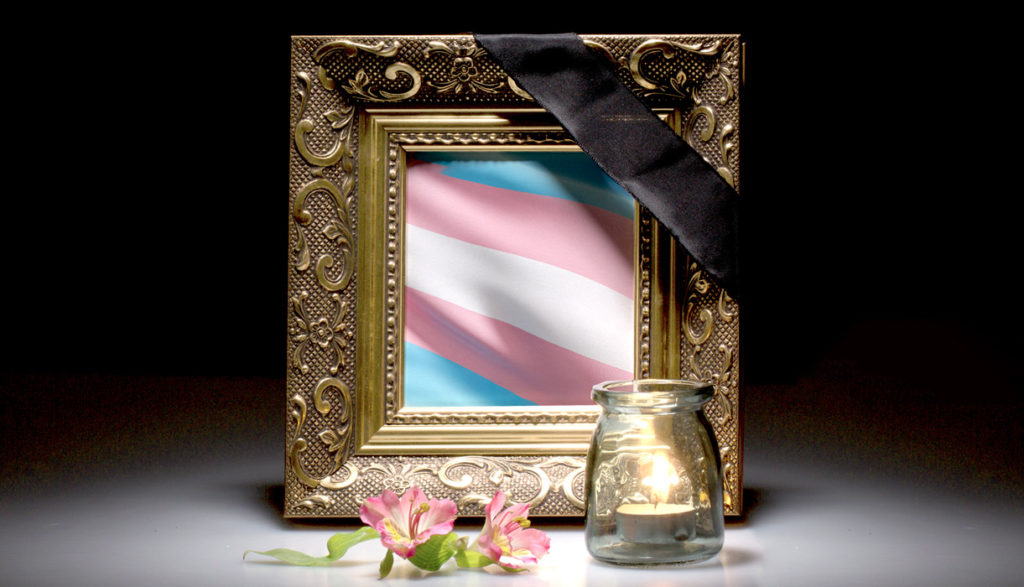 Editor’s note: Due to the recent increase in local COVID-19 cases, Harris County officials advise residents to take action by minimizing contact with others whenever possible, and avoid leaving home except for the most essential needs. Those who do leave their homes should follow CDC safety guidelines by wearing masks, washing their hands often, and practicing social distancing.

At least 350 transgender or gender-nonconforming people lost their lives to anti-trans violence worldwide within the past year, including 37 from the United States. They will be memorialized this Friday during Houston’s annual Transgender Day of Remembrance (TDOR) events.

TDOR is an international observance that occurs annually on November 20 to honor trans people who have been lost to hate crimes. The Human Rights Campaign (HRC) reported that 2020 saw the highest number of deaths in the U.S. since the organization began tracking these murderers in 2013.

“We are living an extremely vitriolic period where hate, prejudice, racism, and transphobia are fueled by many in power,” said HRC’s Tori Cooper. “This is contributing to a rise in animosity and an increase in fatal violence against trans and gender-nonconforming people. We need our allies to take action to support us today and every day.”

Folks can join HRC online from November 18 to November 20 for a virtual Transgender Awareness Week celebration, which includes a variety of special events, film screenings, and panel discussions. The week’s events will wrap up on Friday with a TDOR panel discussion at 10:00 am (CST).

This year marks the 21st annual TDOR. The event was founded in 1999 by trans activist Gwendolyn Ann Smith to memorialize the 1998 murder of Rita Hester, a trans Boston woman who was misgendered, deadnamed, and otherwise disrespected by the local gay and mainstream press. Over time, TDOR evolved from Smith’s small, web-based project into an international day of action.

Due to the COVID-19 pandemic, TDOR observances will largely be held virtually in 2020. Below is a list of Houston observances taking place both online and in-person this year.

Rice Cinema hosts a special online screening of The Last Days of Charles/Kathryn McGuire (1995), and a post-screening discussion with the film’s director, Brian Huberman.

The film tells the story of the late Kathryn McGuire, who was the first openly trans person to run for Houston City Council. Her journey toward gender confirmation surgery is documented in this PBS feature.

The screening will be preceded by a rarely seen short documenting an early ACT UP Houston protest that was held in response to the queerphobic evangelical film Todd’s Greatest Regret.

Houston Media Source will air TDOR television specials throughout the day on a variety of viewing platforms. Folks can tune in on Comcast channel 17, ATT U-Verse channel 99, Suddenlink channel 99, and Phonoscope channel 96. The special will also be available on the HMS streaming platform online at hmstv.org/hms-live.

The 90-minute program features a tribute to the late trans activist and journalist Monica Roberts, an Indigenous blessing, organization highlights, and more.

The organizations will also provide mental-health support to attendees through Zoom breakout sessions. Links to the sessions will be posted on Facebook on the day of the event. There will be limited capacity for these breakout sessions, but the collective is also offering other group and individual support opportunities.

If you know of any other TDOR Houston events that should be added to this list, send an email to [email protected].