At the age of 27, award-winning Houston author Bryan Washington already has an amazing list of accomplishments. His best-selling short-story collection Lot, which focuses on Space City’s underrepresented queer communities, was named one of President Barack Obama’s favorite books of 2019. It also appeared on best-of-the-year lists from Time magazine, NPR, Vanity Fair, and more.

The bar has been set high for his new novel Memorial, which debuted on October 27. Fortunately, the book has already been met with tons of praise—and a TV show deal. “Washington shows readers more of the unforgettable Houston he introduced in his stories, and comfortably expands his range,” according to Publisher’s Weekly. 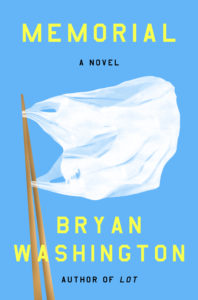 Memorial tells the story of Benson and Mike, a young gay couple in Houston. Benson is a Black day-care teacher, and his boyfriend, Mike, is a Japanese American chef who works at a Mexican restaurant. The two men have been happy together for several years, but now they are not entirely certain why they’re still a couple.

When Mike moves to Osaka, Japan, to get to know his estranged father who is dying, his mother moves in with Benson, making for a domestic relationship that grows far beyond what either of them might have expected. Both men’s lives are changed, and they begin to view their relationship from a different perspective. Memorial celebrates the concepts of family and love in all of their strange yet joyful forms.

“I wanted to write something that I would enjoy reading,” Washington tells OutSmart. “I also wanted to create a love story featuring queer characters that didn’t capitalize on their trauma. I wanted for them to have love and joy, and to laugh at things and be sad, and to enjoy each other’s company.”

Washington’s novel has done exactly that. And after a summer of negotiations, A24 (the powerhouse production company behind Euphoria, Moonlight, and Lady Bird) announced that Memorial would be developed into a television series produced by Scott Rudin and Eli Bush. Washington will adapt his novel for the screen.

“This is a gift in a lot of ways, especially when there’s enough interest for this to happen,” Washington says. “It’s certainly not anything I ever expected to happen, but I’m excited to work with A24 and the producers because their primary concern is to create something that’s just great to watch. I’m really excited.”

Growing Up Queer in Houston

Washington was born in Kentucky and moved with his parents and brother to the Houston area when he was three. “The city was attracting lots of people, especially because of the low cost of living,” Washington says. His father worked in the technology industry, and his mother was a nurse.

The family settled in the suburbs just outside of Katy, where Washington attended school. He immersed himself in his twin passions—language and cooking—throughout his school years before graduating from James Taylor High School in 2011.

Washington says he knew early on that he was gay. He also knew enough about it to know it was not something to be shared with his peer group. Sadly, he didn’t know enough to realize there were thriving communities of gay men just like himself in every major city.

“I never formally came out,” Washington says. “By high school it was an open secret—people knew, but didn’t talk about it.”

After high school, Washington entered the University of Houston (UH), studying English and creative writing. He lived on campus for two years, then found a place of his own between Montrose and the Third Ward.

During those early college years, he began to explore Houston’s LGBTQ community. He attended most of the Pride parades between 2011 and 2015, and circulated through the local bars until he found Ripcord, which became his favorite.

“My favorite thing about Montrose is the diversity by default,” Washington says. “But I also love the community, and the different ways people find to come together.” 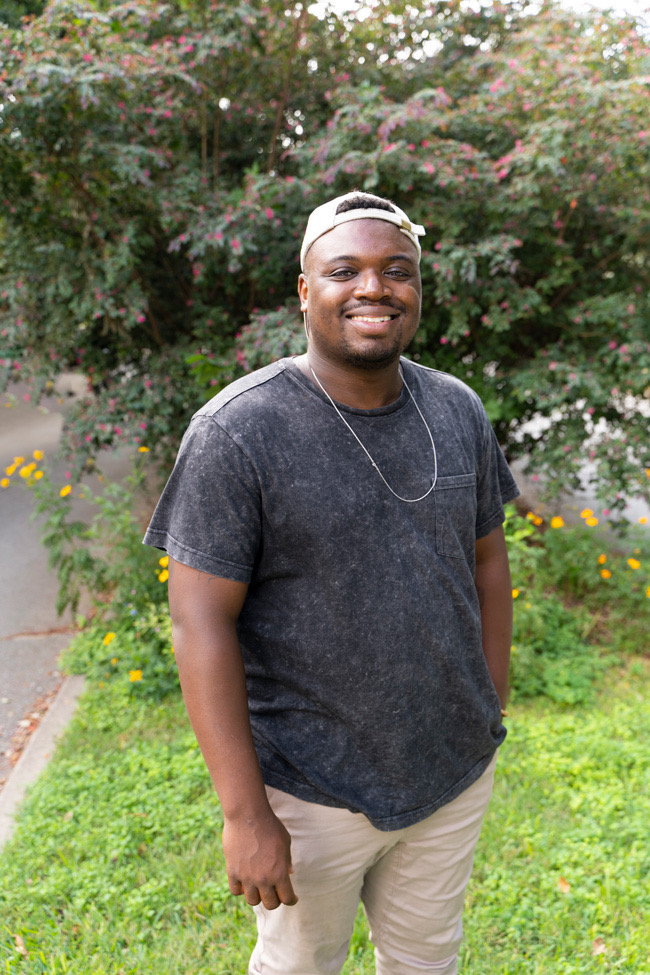 Washington graduated from UH in 2015. He says that his writing skills advanced thanks to one of his instructors who took a special interest in him and encouraged him. “That was especially supportive, since I was writing about queer communities,” he says.

After UH, Washington moved to New Orleans and spent three years earning a Master of Fine Arts degree in creative writing at the University of New Orleans. He developed his unique style by reading lots of literature, fiction, and poetry.

The Awl website served as his outlet for demonstrating his literary abilities. One of the first breaks he got was being asked to write for a New York Times column. He focused on being a queer youth growing up in a Jamaican family. His work continued to be noticed, and numerous other media sources approached him. Since then, Washington has written for The New Yorker, The New York Times, Buzzfeed, Vulture, The Paris Review, Tin House, One Story, Bon Appetit, Gentlemen’s Quarterly (GQ), and Catapult.

After earning his master’s degree, Washington moved back to Houston and now lives in the Chinatown area around Bellaire Boulevard. He also works as a professor at Rice University, teaching fiction and creative-nonfiction courses.

Washington’s emergence on the mainstream literature scene came with his collection of short stories, Lot, which brought to life many of the underrepresented cultural groups within Houston’s larger LGBTQ community.  The book was received with great critical acclaim.

Among the literary honors Washington has received are the National Book Award’s 5 Under 35 prize, the New York Public Library’s Young Lions Fiction Award, the Earnest J. Gaines Award for Literary Fiction, and a Lambda Literary Award. He was a finalist for NBCC’s John Leonard Prize, the PEN/Robert W. Bingham Prize, and the Aspen Words Literary Prize.

Memorial took three years to write. Washington says the story began as a series of notes that later developed into a short story. When he showed the notes to his editor, she encouraged him to expand it into a full novel.

While the novel is not entirely autobiographical, it does include some of Washington’s personal “emotional spaces” that his fictional characters inhabit, and Houston is their playground. There are several local references made in the book, including a shout-out to OutSmart magazine.

“When we were editing the book, my editor said, ‘You know, nationally, a lot of people might not get the reference to OutSmart,’” Washington laughs. “But I said fuck it, let’s put it in!”

Memorial by Bryan Washington is available now on Amazon. For more information on the author, visit brywashing.com.

This article appears in the November 2020 issue of OutSmart magazine.