The Houston Symphony’s POPS series is one of the group’s most admired programs, with a nine-concert season featuring popular artists and themes. The creative maestro who plans each POPS concert is Steven Reineke, one of North America’s leading symphony conductors.

Reineke’s journey in orchestral music has taken him to many of the world’s iconic performance halls. And like most of his contemporaries, his interest in music began in childhood.

“I started playing at 10 years old—trumpet, and then piano. I really took to it. There was no question for me that I would study music in college. I didn’t know where it would lead me, but I thought I would be a professional trumpet player,” Reineke recalls. “But with all of my piano playing, I started composing, arranging, and orchestrating music. That led to a lot of opportunities for me, especially on a professional level.”

“With all of my piano playing, I started composing, arranging, and orchestrating music. That led to a lot of opportunities for me, especially on a professional level.”

He credits his big break to Erich Kunzel, founder and director of the Cincinnati Pops Orchestra. Reineke became his right-hand man and the principal arranger and composer for the organization, eventually working his way up to assistant conductor.

“In those years, I got an itch. I needed an orchestra to give me a chance. I was doing guest conducting, but I wanted to be a principal pops conductor,” Reineke remembers.

He had been invited to guest-conduct The New York Pops orchestra’s 25th anniversary when he received word that something bigger was going on.

“A couple of days beforehand, I was clued in that this was an audition. They were looking for their second-ever conductor, after Skitch Henderson passed away. I came in, and the executive director told me the nicest thing: ‘We’ve been looking for three years, and we knew within 30 seconds you were the right guy.’ That changed my life forever,” Reineke says.

He moved to New York City to take the job, and he currently resides there with his husband, Eric Gabbard.

Since then, he has taken on positions with the National Symphony Orchestra in Washington, DC (where pops legend Marvin Hamlisch handed him the baton), the Toronto Symphony Orchestra, and finally the Houston Symphony.

With such a presence in the music world, Reineke can access myriad opportunities to develop his talents. He has created programs and collaborated with a range of leading artists from the worlds of hip hop, Broadway, television, and rock—including Common, Kendrick Lamar, Nas, Sutton Foster, Megan Hilty, Cheyenne Jackson, Wayne Brady, Peter Frampton, and Ben Folds, among others.

Houstonians recently got a taste of his animated conducting style during the Freedom Over Texas celebration that aired on ABC 13. In it, musicians performed with several guests, including local stars Bun B and Trae Tha Truth.

Incorporating musical styles that might not be associated with a symphony orchestra is something that Reineke enjoys doing.

“Rap and hip hop are popular, and very much in the mainstream. It’s come a long way since its origins, [and that music is now] worthy of college dissertations that talk about the different styles—West Coast and East Coast. Look at Hamilton and what Lin Manuel Miranda was able to do. It’s modern-day Shakespeare,” he notes. “It doesn’t deserve to be left out of the concert halls. It’s about a reimagining.”

That creativity is going to come in handy as orchestras face unprecedented challenges during this pandemic. Except for the Houston Symphony, all of the groups he works with have cancelled or delayed their upcoming seasons. 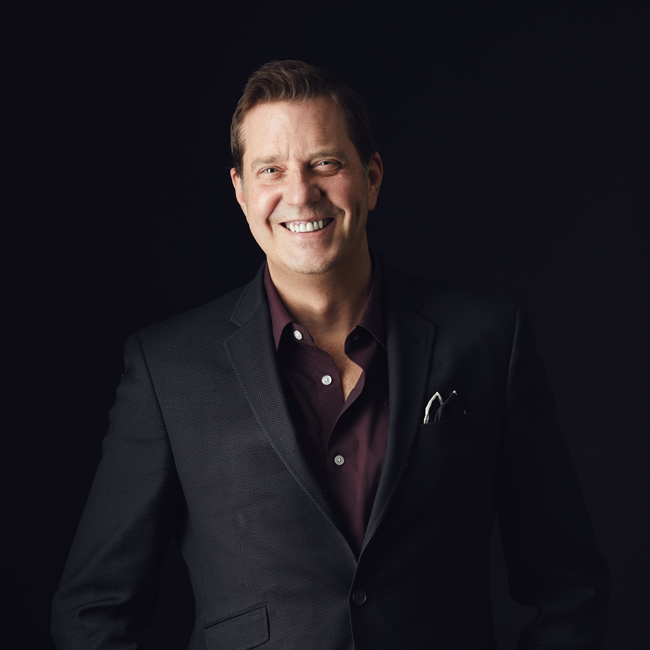 Like all performing-arts organizations, the Houston Symphony has faced serious hardships this year. They are now looking at digital avenues as a way to keep performing for online audiences. Additionally, a few Houston Symphony musicians are participating in a study at Rice University to examine how coronavirus particles might be spread by the brass and woodwind instruments during a performance. That study will hopefully provide the data needed for musicians to follow best practices when concert halls eventually reopen.

“We’re starting to get more clarity, but the news [for musicians] was devastating at first. People turned to doing things virtually. That posed its own challenges, because we’re not used to it. Part of music-making is being able to respond to fellow musicians and audience members,” Reineke says.

As for now, even though the upcoming season will look a little different, the beat goes on for Reineke and the Houston Symphony.

“Part of our thing is we plan at least a year ahead. But now we’re only planning a few months ahead, because everything has to be malleable and adaptable. I’m planning for a POPS concert in September. We wanted an audience, but it won’t happen,” he adds.

At least Reineke has kept a sense of humor, despite the grim situation. “I think we need to bring back a canned applause track, to at least simulate an audience. It’s awkward when you finish something and the room is silent. But it feels so good to make music again.”

Find out more about the Houston Symphony at houstonsymphony.org.