Khaliah O. Guillory has a high-profile business as a diversity and inclusion consultant for major companies such as NASA, Wells Fargo, Microsoft, and Keller Williams. She’s also a documentary filmmaker, and she runs the Cynthia A. Guillory Foundation in honor of her mother, who died of ALS.

And she’s also obsessed with naps. “I take a 26-minute nap at least five times a week,” says the 40-year-old Houstonian.

“Napping rejuvenates you and gets you ready for the rest of your day. Who doesn’t need that?”

Naps have been proven to boost the immune system and improve physical stamina and memory. A NASA study found that a 26-minute power nap improves performance by 34 percent. Google has had nap pods for employees for more than a decade. Nap lounges popped up in New York City and Los Angeles a few years back, and both the lounges and pods are popular in major airports around the world.

So one day when Guillory was contemplating driving to her suburban home for a quick nap during the workday, she decided to google “Nap lounges in Houston.” When she found that there weren’t any, an idea began to form.

“Would Houstonians support a place to nap?” she wondered. “So I did a Facebook poll. I found that people were interested, but they also wanted add-ons like massages and organic mattresses.”

“We did a beta test in Rice Village, and people did drive to us to take a nap,” Guillory says. Late last year, she opened a permanent Nap Bar location in The Galleria that caters to stressed shoppers and the after-work office crowd. “People will drive here after work to take a nap and rejuvenate before going out at night or to an event,” she says. “We are also going into businesses to build in-suite nap centers for companies, and we plan to have  mobile ‘snooze units’ downtown.” 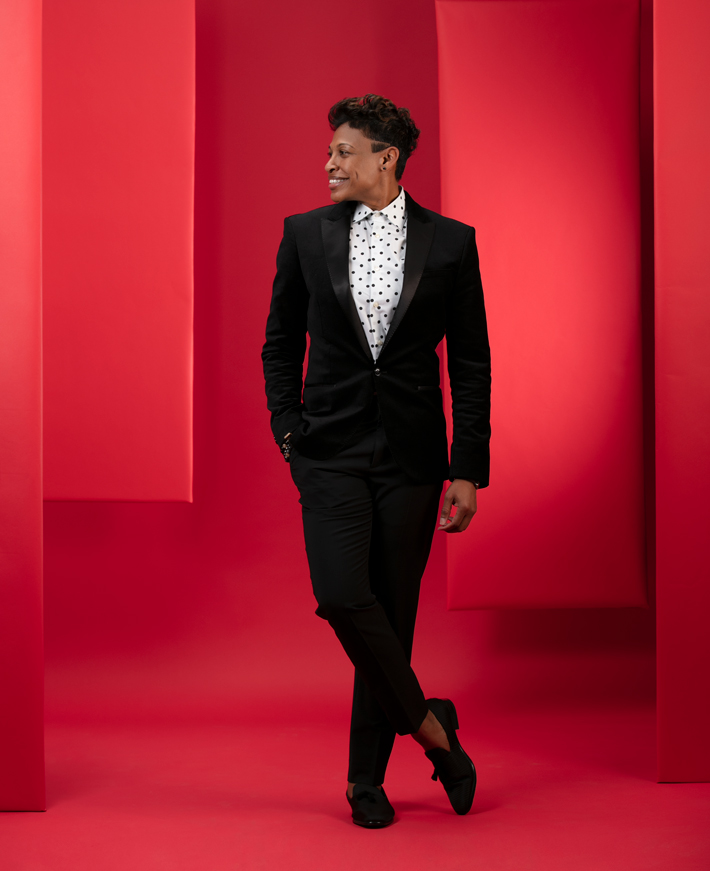 When she’s not working—or napping—Guillory loves to travel. Although she had to postpone traveling while she was getting Nap Bar up and running last year, she’s planning a trip every month this year. She started with a visit to New Orleans in January.

Guillory also enjoys listening to audiobooks in her car, hanging with friends, Face-Timing her relatives, karaoke, bingo, movies, and “retail therapy”—which makes working in The Galleria convenient. “And I love ’80s music,” she adds. “I grew up in the ’80s. My older sister was so cool, and she taught me everything about music. To this day, I listen to everything from hip hop to Wham! all the time—when getting ready for work, or relaxing and exercising.”

The Port Arthur native previously lived in the Houston suburbs, but now she enjoys being closer to The Galleria and other Houston locations and events. “I can get anywhere in ten to twenty minutes,” she says. “I’m spoiled now.”

Guillory also enjoys eating at the city’s diverse restaurants, including the South African Peli Peli, which is next door to Nap Bar in The Galleria.

“I probably eat there twice a week,” Guillory says. “I go to Central Market every Sunday and buy meals for the week. I’m a really good sous chef when it comes to heating up stuff!” She’s also a fan of Luby’s, the iconic Texas cafeteria known for comfort food and Texas classics. “It’s how I grew up,” she explains.

Napping was also a part of her growing up, so Guillory is hoping that the habit will catch on not just in Houston, but globally. She’s planning to expand the Nap Bar concept, which offers 20-minute naps for $20. Memberships are available for as little as $89 a month—and you can even pay through your Health Savings Account (HSA) or Flexible Savings Account (FSA).

A self-described extrovert, Guillory believes everyone can benefit from a little power nap during their busy days. “It rejuvenates you and gets you ready for the rest of your day,” she says.

And who doesn’t need that?