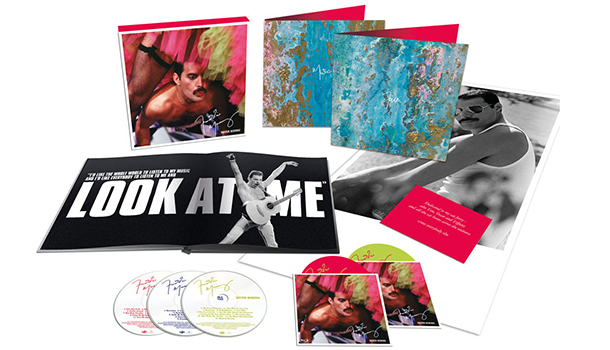 It’s not unreasonable to wonder what the late Freddie Mercury might have thought about Never Boring (Mercury/Universal), a handsomely packaged “solo box set” consisting of three CDs, a Blu-ray disc, and a DVD. The legendary queer Queen front-man only had one proper solo album, 1985’s Mr. Bad Guy (represented here in a special edition). On that album, Mercury brought the dance elements introduced on Queen’s 1980 album The Game (and further explored on 1982’s Hot Space) to the forefront. Songs such as “I Was Born to Love You,” “Let’s Turn It On,” “Man Made Paradise,” “Your Kind of Lover,” and “Living on My Own” were made for mid-1980s dance floors. When Mercury rocked out, as on “My Love Is Dangerous,” it was toned down, while his flair for the dramatic could be felt on “Made in Heaven,” “There Must Be More to Life Than This,” and the title cut. Mercury’s fascination with opera (remember Queen’s 1975 A Night at the Opera and the hit single “Bohemian Rhapsody”?) was allowed to blossom a few years later when he collaborated with renowned soprano Montserrat Caballe on the 1988 classical crossover recording Barcelona (presented here in a special edition). The third CD, which shares its name with the title of the set, is a compilation of tracks, including “The Great Pretender” and “Love Kills” (from the Metropolis soundtrack). The DVD and Blu-ray consist of music videos, including the “banned” video for “Living On My Own,” performance footage, and interviews. Additionally, the inclusion of a large poster and a 120-page book full of photos and quotes from Freddie make this a never-boring must-have audio/visual experience that Freddie would probably have approved of. 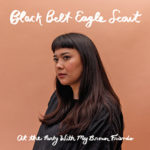 At the Party with My Brown Friends (Saddle Creek) is the second full-length album in less than a year by “radical indigenous queer feminist” Black Belt Eagle Scout (aka Katherine Paul). You can hear strains of the Portland sound in “At the Party” and “My Heart Dreams,” the first couple of tracks on the album. “Going to the Beach with Haley” opens things up a bit by moving in a lushly sophisticated direction. The same can be said for songs such as “Run It to Ya,” “You’re Me and I’m You,” and “Half Colored Hair.”  “I Said I Wouldn’t Write This Song” is the kind of number that would have made the late Portland music-scene legend Elliott Smith proud. [Editor’s note: Black Belt Eagle Scout performs on November 22 at Barracuda in Austin and on November 24 at The Satellite in Houston.] 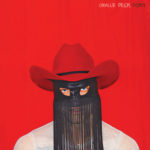 In a near-perfect world, the “country music” fans at Country Thunder would take one listen to Orville Peck (the queer fringe-masked cowboy whose real name is said to be Daniel Pitout) and toss their Toby Keith CDs out the windows of their monster F-150 King Ranch trucks. (Hey, in the age of Lil Nas X, anything is possible.) Possessing a voice that recalls country crooners of old, and a knack for writing songs in a vintage style, Peck gallops into our hearts with his distinctive debut album Pony (Sub Pop), featuring unforgettable songs such as “Dead of Night,” “Hope to Die,” “Turn to Hate,” “Queen of the Rodeo,” “Roses Are Falling,” and “Big Sky.” 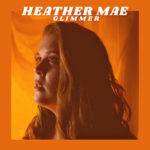 Like a musical tattoo, DC-based self-described “queer, plus-size” singer/songwriter Heather Mae made an indelible impression on listeners with her 2016 debut EP I Am Enough. Three years later, she has returned with her debut album Glimmer (heathermae.net). Heather Mae sets the tone with the fierce empowerment anthem “Warrior.” She also demonstrates that she knows her way around a love song with “You Are My Favorite,” written for her wife. She gets anthemic again on the powerful Pride number “Be Not Afraid.” Heather Mae, who has been open about her life with bipolar disorder, addresses it directly in the title song, as well as “In My Head,” “Smoke Signals,” “I’m Still Here,” and “Feelin’ Crazy.” 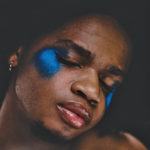 Do you remember how you felt the first time you heard Frank Ocean’s Channel Orange? Be prepared to feel that way again when you hear Before You Begin (Thrill Jockey), the debut album by Atlanta-based queer artist Sequoyah Murray. From the operatic wail of the aptly titled “Here We Go” to the roof-raising, stripped-down gospel of “I Wonder” to the retro-electro dance of “Sublime,” you know that you are experiencing something fresh and stimulating. The same holds true for “Sunflower (I Love You More),” “Let’s Take the Time,” and the gear-shifting “Blue Jays.” The title cut closes out the disc on a breezy note, and the only negative is that the album ends too soon. 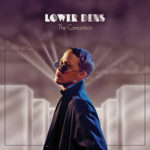 Like a blast from the past that you don’t remember experiencing, Lower Dens, led by non-binary vocalist Jana Hunter, reinterprets and revives ’80s new wave on its second album, The Competition (Ribbon Music). Dig out your favorite pair of Demonia Creepers and dance like there’s no tomorrow to songs such as “Hand of God,” “I Drive,” “Simple Life,” “Galapagos,” and “Lucky People.” 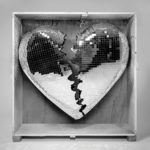 Producer/musician/songwriter Mark Ronson, the brother of lesbian DJ Samantha Ronson (Lindsay Lohan’s ex), is newly out as a sapiosexual (Google it). He shifts gears on the aptly named Late Night Feelings (RCA), his first collaborative studio album since his Grammy-winning chart-topping megahit single “Uptown Funk.” Teaming up with an all-female cast of artists, Ronson gets emotional while still finding a way to encourage us to dance on the title cut (sung by Lykke Li), “Find U Again” (vocals by Camila Cabello), “Nothing Like a Broken Heart” (belted by Miley Cyrus), “Pieces of Us” (done by King Princess), “Don’t Leave Me Lonely” (featuring Yerba), and “True Blue” (performed by Angel Olsen), to name a few. 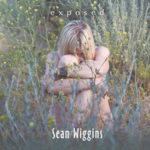 If you’ve been following the recording career of queer singer/songwriter Sean Wiggins, you know that she’s no stranger to baring her soul musically—and baring herself on her album covers. The aptly titled Exposed (seanwiggins.com) is no exception, with Wiggins featured in the altogether. Her first new studio effort in a few years, Wiggins’ voice sounds better than ever, and she has expanded her musical palette to great effect on songs such as the bloody-good opener “Vampire,” the moody “Don’t Wake Me,” the front-porch Americana of “How the Time Goes,” and the hopeful ballad “I’ll Find My Way.” 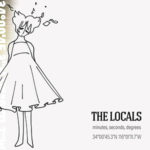 Next time you see Yvonne Doll, the out songwriter and frontwoman of the band The Locals, ask her to tell you the story about her battle with the Oakland-based band The Matches. It’s one for the record books, so to speak. Minutes, Seconds, Degrees
(localsrock.com) is the new vinyl LP by The Locals. Fans and newcomers alike are sure to dig the fiery combo of Doll’s powerful, window-rattling vocals and the full-throttle rock of the album’s nine tracks. 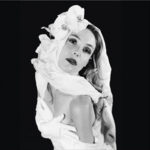 Doing her part to dispel the myth of the humorless lesbian, Samantha Sidley kicks off her debut full-length recording Interior Person (Release Me), produced by her wife Barbara Gruska (of The Belle Brigade), with the sassy song “I Like Girls.” The jazzy album features tunes that could easily find a home in the contemporary cabaret acts that want to expand their repertoire beyond the familiar Great American Songbook selections, including “Butterfly in My Ass,” “Naked to Love,” “Busy Doin’ Nothin’,” and “Easy to Be True.”